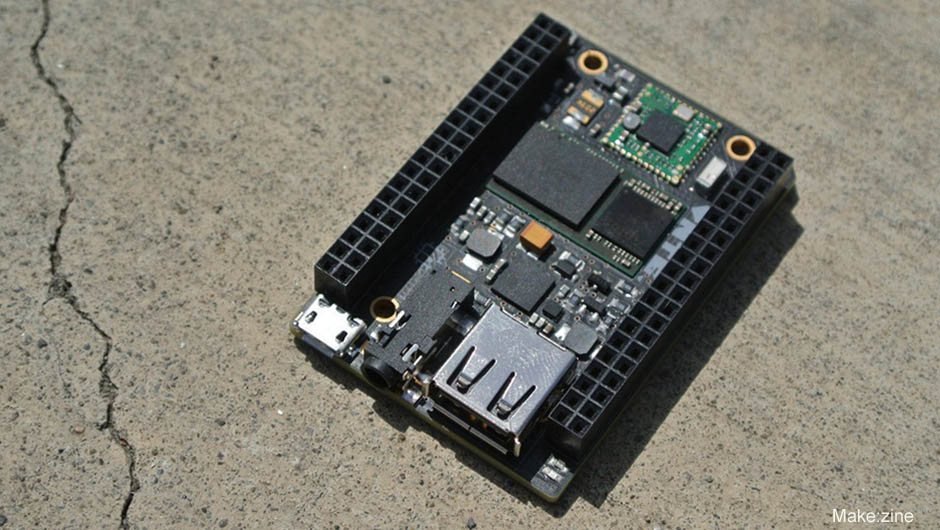 Because why spend more than a thousand dollars on a new computer when you can just spend the equivalent of a cheap lunch on a $9 computer? Well, probably because 1) it won't hold up to your extremely high Millennial standards of what features computers need to have and 2) it's not actually available yet for you to buy. It is, however, currently running a Kickstarter campaign, where it's already raised more than 400 percent of its Kickstarter goal – with 28 days left to go.

Called C.H.I.P, it's an open-source microcomputer created by Oakland, CA-based Next Thing Co. The company is known for hacking and prototyping on Raspberry Pi, and has now designed something similar. While it's obviously not as powerful as the newest MacBook Pro, the C.H.I.P's got some crucial essentials, including a USB port, Micro USB port, an audio jack that can double as a video output port, built-in Wi-Fi 802.11 b/g/n, and Bluetooth 4.0. It's got a 1GHx processor, 512 MB of RAM, 4GB of internal flash storage, and runs any Linux-based operating system.

What's great about C.H.I.P. is that, since it's open-source, you can do whatever the hell you want with it and hack it in ways only limited by your imagination. So, I mean, you can totally plug in a keyboard, mouse, and display to convert it into an actually-functioning personal computer.

Next Thing Co. is currently running a crowdfunding effort for C.H.I.P on Kickstarter, where it has raised (at the time of writing) more than $227,000 of its intended $50,000 goal.