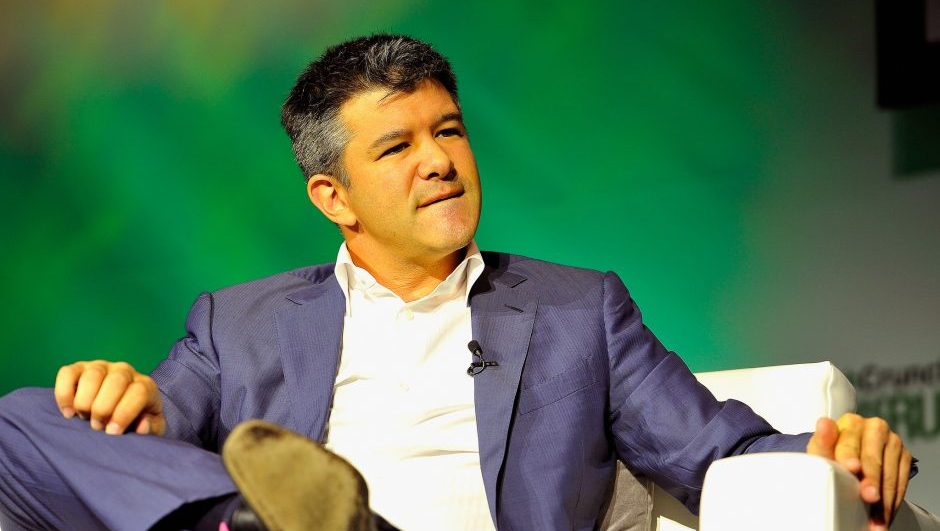 In 2016, Uber was on top of the world. As the most valuable private company in anyone's portfolio, the company that pushed ride-sharing into the mainstream was on everyone's phone, raking in more money than you can count on ten billion hands. Their meteoric rise to success appeared to be too good to be true. And, like most things that appear that way, it was.

In 2017, Uber has fallen from grace faster than anyone could have predicted. Between unceremonious exits and unsettling scandals, the ride-sharing company has made news in all the wrong ways. Their former employees are speaking out, their current employees are far from happy, and users around the world have started uninstalling the app like it's going out of style, which it very clearly is.

The disappointment is palpable. When diversity reports and company culture studies started making the rounds, executives began falling faster than kids in a game of “Duck Duck Goose.” From harassment claims to general bad behavior, no one was safe from the criticism of outsiders and insiders alike.

“We are speaking up now because we are disappointed and frustrated; we feel we have hit a dead end in trying to influence the company quietly from the inside,” wrote Freada and Mitch Kapor, long time Uber investors, in an open letter to the company.

At this point in the company's long and arduous history, keeping track of every scandal is downright impossible. Fortunately, Business Insider took it upon themselves to thoroughly map out the chain of events that have led to the abysmal situation Uber is in now. Take a look at the timeline below and stare in awe of the epic meltdown this company has seen in less than six months. 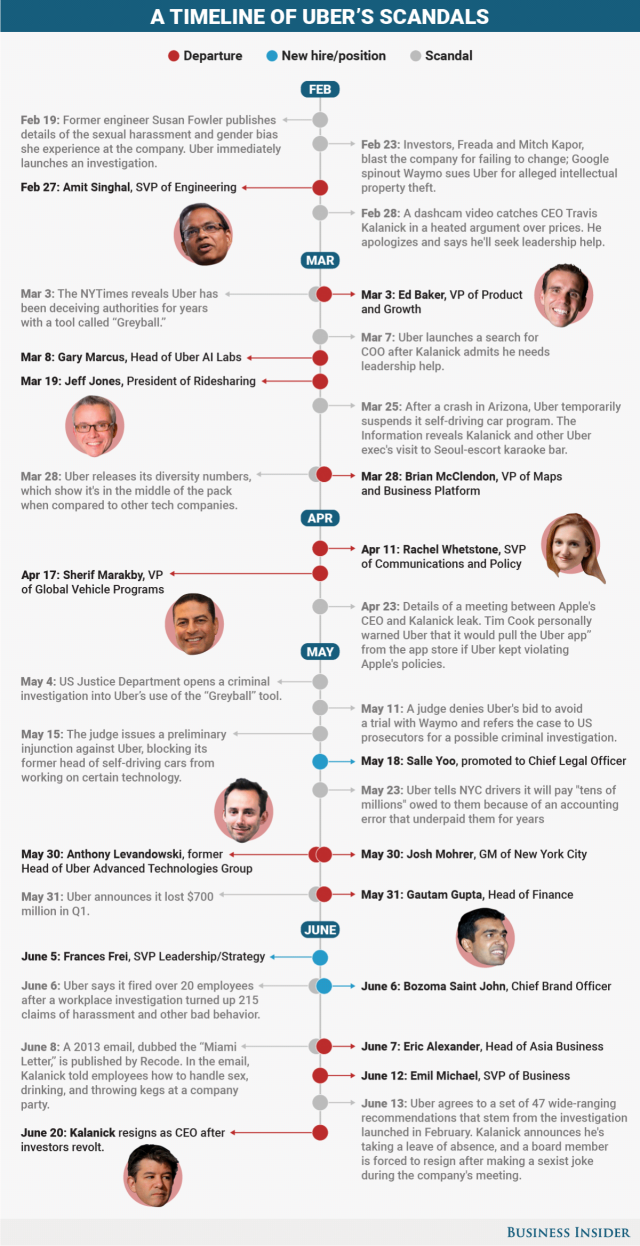