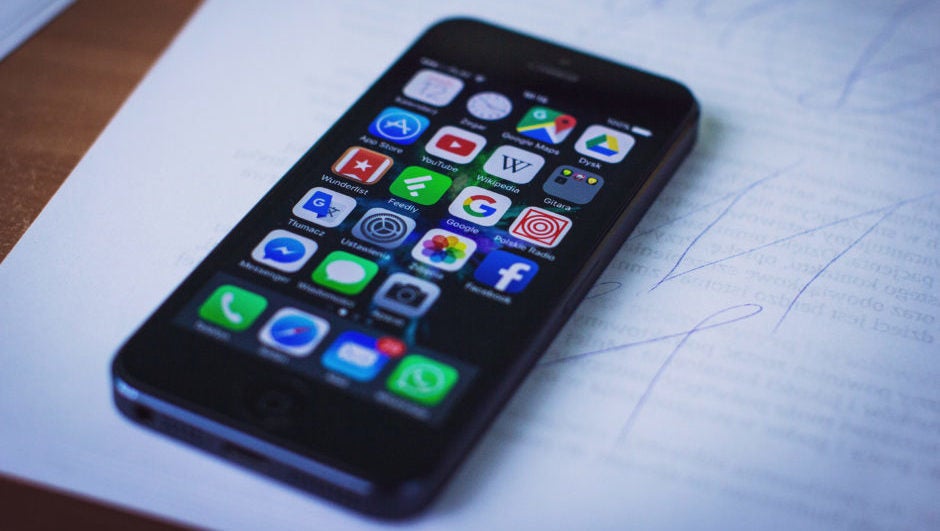 Mobile usage has seen an unprecedented rise in recent years. Just two years ago, it passed desktop usage for number of global users. The number of users has since grown to nearly 2 billion worldwide. And while thousands of venture capital firms have sunk millions into mobile apps, only a few of them have been able to make it big. Fortunately, one company consolidated enough to data to find out which VC firms were doing the best when it came to this lucrative market.

Sensor Tower’s mobile insights team analyzed the most downloaded apps on the U.S. App Store for all of 2015. Using download estimates, they established the top 1,000 apps in order to best decide which VC firms were doing the best. While the data was exclusively taken from the Apple App Store, it gave a pretty clear picture of who was on top and who needed improvement.

Mostly notably, Kleiner Perkins Caufield Byers took the top spot by a considerable margin. But when you look at their mobile app investments, it is hardly surprising. As the only VC firm to back Snapchat (who just passed Twitter in active users), Spotify (who just hired start music manager Troy Carter), and Uber (who remains one of the most valuable unicorn companies ever), KPCB boasted nearly 20 million more app downloads than their number two competitor.

Other VCs making waves on this list include IVP, Accel Partners and Index Ventures, all who had stakes in the unimaginably popular mobile game, Clash of Clans. Despite a lack of big name apps, Bessemer Venture Partners was able to crack the top six with Pinterest leading their charge. By taking a look at the list below, you can easily see that having even a small stake in apps like Snapchat or Dropbox propelled these VC firms to the top 20.

If you are interested in finding out which other VC firms made a killing in mobile apps last year, feel free to check out the comprehensive infographic, provided by SensorTower. 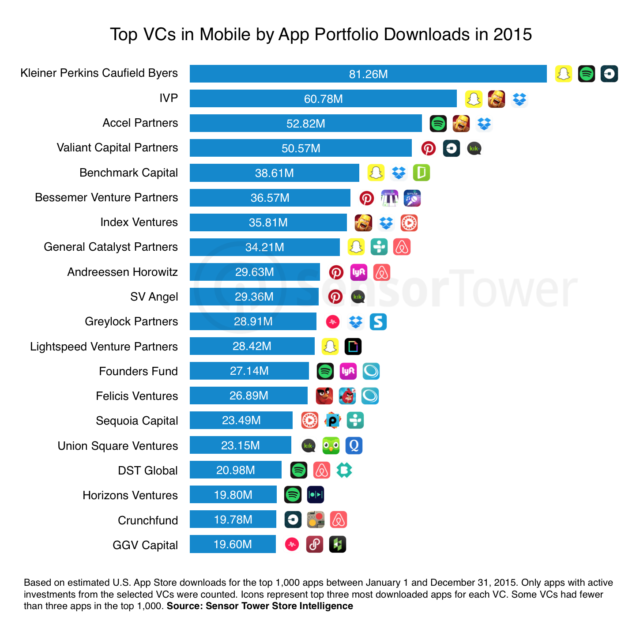