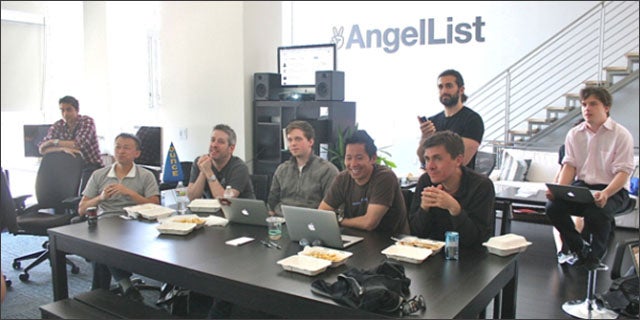 Is it any surprise that Silicon Valley, a paradise for tech startups, is home to some of the most active and influential angel investors in the world? Angels are, after all, the people who invest the high-risk capital in the early part of a startup’s life, provide guidance, and help that startup raise large amounts of money.

There are dozens of angels that are at the top of Business Insider‘s Silicon Valley angel investor list and are jointly considered the most influential investors on AngelList. The common thread that ties these angels together could in fact be their deep knowledge of the tech industry through previous experience.

So, here are 9 big-time angel investors on both lists that are worth paying attention to; their investment portfolios speak for themselves.

Senkut worked as a senior manager at Google overseeing partner development in Asia before founding Felicis Ventures, an early-stage investment company. He has funded multiple startups that have been acquired by big-name companies like Google and Twitter.

Included in Senkut’s investment portfolio are Chloe + Isabel, Mint, Weebly, and Shopify. Typically, he invests in roughly 12-15 startups a year funding anywhere from $100,000 to $999,999.

A Partner at SV Angel, Lee is heavily involved with seed-stage investments. Focusing on business development at Google and StumbleUpon was his main source of experience before SV Angel.

McClure has past experience with PayPal, Founder’s Fund, and SimplyHired, but currently works as a founding partner at 500 Startups. His accelerator provides guidance and seed funding investments for new startups.

MakerBot, TaskRabbit, Twilio, SendGrid, and Wildfire comprise part of McClure’s portfolio of startups, and he invests $25,000 to $250,000 across 125 companies a year.

Before cofounding Path and serving as its CEO, Morin worked with Apple and was actually one of the first hires for Facebook.

Dyson sold her company, EDventure Holdings to CNET in 2004 and has since been an active investor. She specializes in consumer Internet, social media, health care, e-commerce, and space travel.

Her portfolio includes some popular names like 23andme, Yandex, Airship Ventures, Boxbe, Modria, and ConsumberBell. She funds between $25,000 and $50,000 to 6 startups a year.

Rabois is considered by many to be a part of the PayPal Mafia. While he was previously involved with PayPal, as well as LinkedIn, Slide, and Clarium Capital, he is the current COO of Square.

Previously the founder of Digg and the CEO of Milk, Rose is currently a Partner at Google Ventures. He has a lot of experience as an angel through his investments in Twitter, Zynga, and Square.

A familiar name to most, Mayer recently stepped in as the CEO of Yahoo. Before joining Yahoo, though, she gained valuable experience as the VP of Local and Location services at Google.

Some of her portfolio companies are Airtime, Brit, Minted, One Kings Lane, and Square. Typically, Mayer finds herself funding about 3 startups a year with an undisclosed amount.

A veteran in the angel investor game if there ever was one, Kapor is currently Partner at Kapor Capital and director of the nonprofit organization Level Playing Field Institute. He sold his software company Lotus to IBM in 1995 for $3.5 billion.