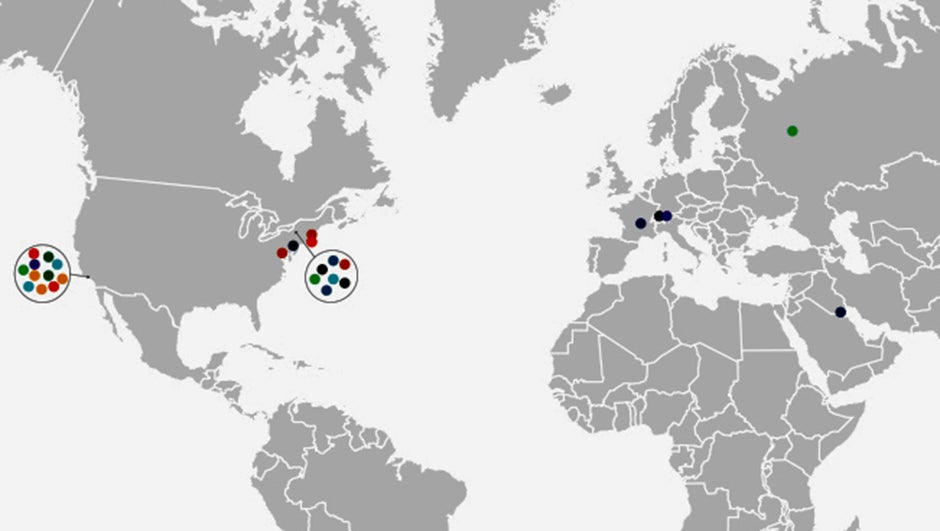 We've previously looked at the kinds of technologies that venture capitalists will fund in 2015 – from the Internet of Things to data acceleration, there's a lot of time remaining in the year to see whether we see an upward trend in these industries. The startup ecosystem, however, is huge – with companies in every kind of vertical you can think of. With this in mind, what happens when you've reached the stage at which your startup is ready for institutional funding? To which VC firms should you pitch your idea?

Pitchbook, one of the leading research firms for private equity and venture capital, recently analyzed the top industry verticals in which VC firms invested, and presented that in an infographic. According to the data, it's pretty clear that not all VC firms are equally interested in every vertical; while one VC firm invests a lot of money in financial tech, the same firm may not care so much about the Internet of Things.

The data is helpful for startups as it offers a clear guide on who to reach out to when they're ready to raise VC funding. For instance, looking at the infographic, we see that the Washington, D.C.-based The Carlyle Group invested $200 million dollars in adtech companies in 2014; if your startup falls under that vertical, then it would clearly make the most sense to pitch to that particular VC firm.

Pitchbook looks at top investors for ten different industry verticals using funding data from 2014. You can check out the full infographic below. Regardless of the data below, though, one thing is obvious when it comes to getting attention from VCs: quit the dating startup game. 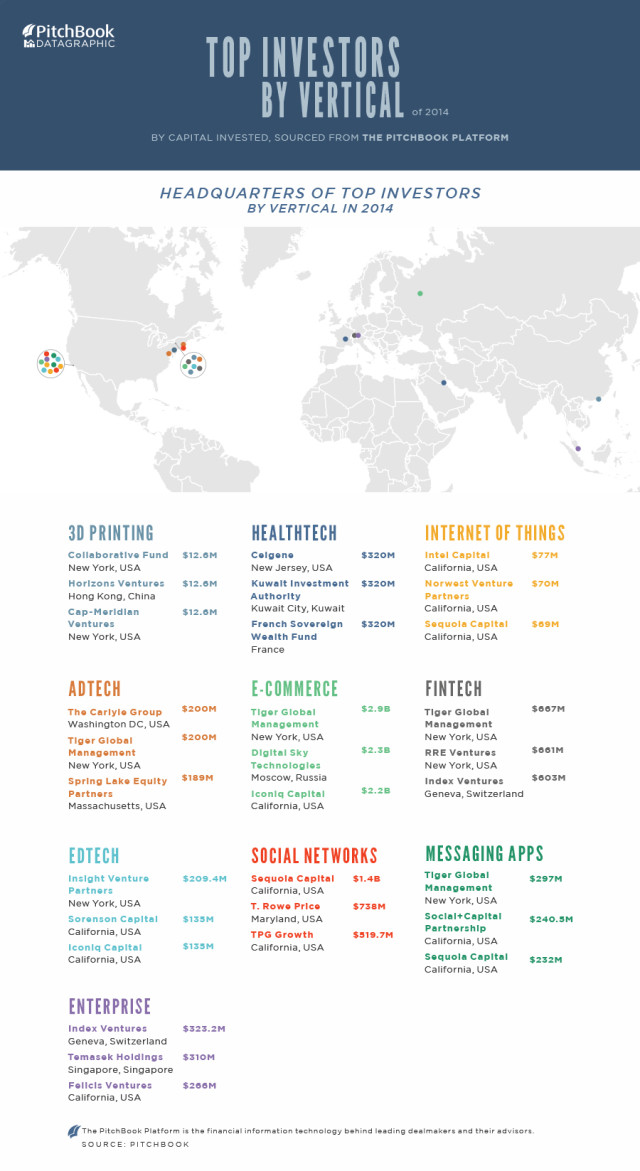