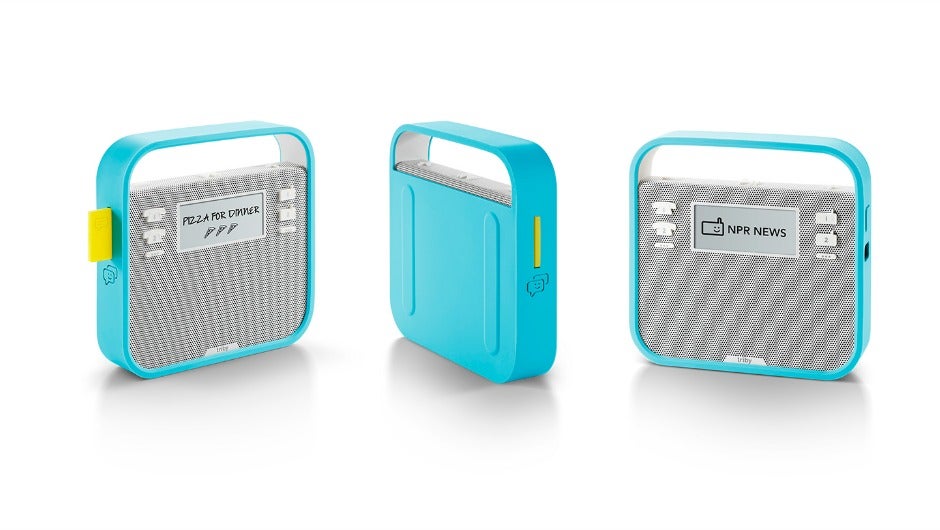 Everyone loves a good underdog story, and in the world of technology and gadgets few successfully break through. From Shark Tank and local pitch competitions (CES, too) to crowdfunding and ProductHunt, there are emerging opportunities for early adopters to tap into the next generation of hardware. Now, even brands are opening their doors and offering their support to startups. Amazon for example is stepping up in a big way with Launchpad, a platform to bring more attention to rising star consumer products.

One such company from France, Invoxia, was among the first to launch on Amazon Launchpad and also the very first portable non-Amazon speaker to feature Alexa. Alexa is the same platform that powers their Echo devices, which continue to receive praise for its ability to act as a connector to so many other IoT devices around homes and offices.

Prior to being approached by Amazing and being featured on Launchpad, the initially launched Triby on their own with fewer features. Triby is a connected device designed for families to communicate both visually and through a VoIP system. In other words you can talk through the device by using the related app, and also get all the interactive features powered by Alexa. Calls can also be made between other Tribys. It also has a reminiscent feel of the now retired Chumby.

Before Launchpad, they were also working with a partner on voice commands, but they were then acquired by Facebook. This resulted in increased visibility for the Triby and Invoxia, leading Amazon to identifying Invoxia as both a potential partner for Launchpad and to integrate with Alexa. As of May of this year, the two worked together on an initial integration, and in the past few weeks Triby relaunched with a wider range of features and to a much wider audience through Amazon’s platform.

“We definitely saw a significant pick up in the US after relaunch, and voice controls improved,” said Invoxia CEO and cofounder Serge Renouard. “We keep the magic of Alexa, but increase the possibilities. Triby is at a sweet spot of voice controllers. This product category is interesting, and also has a visual feedback element. One key press to start a call. It replaces calls from a landline.”

An Amazon Boost to Triby

When Invoxia initially launched Triby, some dubbed it a smart kitchen magnet at this year’s CES, but it's really a culmination of the innovative work that the company has been developing. From VoIP, to the high-quality speaker within, to it’s family friendly design and LCD screen for messages, it was a unique system with one primary flaw: a lack of integrations.

We are now in the world of the Internet of Things, and if hardware – especially the kind that connects to WiFi – does not integrate with other parts of your home or office it’ll become more of a nuisance than a benefit. However, with the addition of Alexa you can now book an Uber, listen to your Spotify playlists, and even add items to your grocery list.

“Without integrations there are is no future [for IoT hardware]. The magic behind connected devices are their integrations. How you can access remote devices, how a user uses it, push new information (not just firmware); for us, a key feature is the ability to remotely manage all of our devices. We know today that there are more and more devices that will be connected, with more and more that may interact with each other. HomeKit, one device to run another. It’s really the key to be connected,” said Renouard.

In addition to the new integrations, voice commands were always a huge factor in what made Triby unique. Having received several awards at CES, Alexa only furthered the feature set.

“The game changer is voice commands,” said Invoxia Managing Director Sébastien de la Bastie. “Things got interesting with Siri and Alexa, but it’s not just for phones. What we do is make the connection between the cloud and home. We are making this medium. In comparison to what Apple did in the smartphone market, it’s just a new interface. Behind it you already had a lot of smartphones with apps, but it was so successful because they found a UI that was easy to work with. It changed the mobile industry. Voice is changing how consumers interact with technology and speakers. It’s a really big change for home behavior.”

From Telecom to the Future of Communications

Before cofounding Invoxia, Renouard worked with a few different telecommunication organizations. Like most in the industry, call clarity was always a key facet of what they focused on, and it’s now reflected in their work at Invoxia. In fact, their goal is to ensure their call quality is so clear that you feel as if the person you are talking to is reality in the room with you.

Invoxia first launched in 2010 and with it was a product around IT phones that focused on high-end audio quality. It was their driver for research and development. “We have been quite successful with the round of product, and now have started a new round of product around connected speakers. Triby being the first of it. It’s not a change, but a reorientation, customer oriented rather than B2B,” said Renouard.

Prior to Triby, the company also raised $1.93 million in a Series A round, and later received funding through the Alexa fund. Although the team was tightlipped about what’s to come, they stated there are a lot of projects in their pipeline. As of this week, Invoxia also announced the launch of Voice Bridge, a new solution that allows you to take and place landline calls from anywhere you have a phone.

The organization also continues to grow, both their New York City and Paris offices, as they seek team members who share their vision.

“We really want to make something new and simple,” said Renouard. “When we decided to create Triby and the solution, we did invest a lot, we had no idea how we would sell it, had no idea we would partner with Amazon; however, we had a very precise idea of improving the way people communicate, listen to music, and services at home and in the kitchen. It’s driven by the actual user experience, and the feedback around us. We did create something that does not exist. People who are joining us should be able to join us with a blank page, not necessarily comparing it to others. They don’t just want to improve a concept, but to create new experiences. The other thing – They should be aware of what is already existing.”