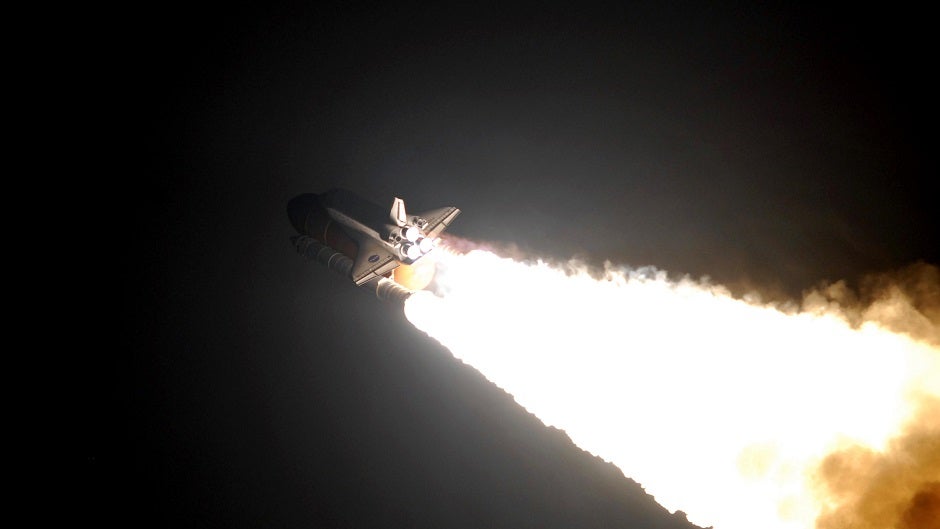 NASA hopes to put humans on Mars by 2035, and if they hope to actually get anywhere close to that goal, they'll need a lot of help. Thanks to a roadmap that they released last year, we know exactly what types of challenges they'll have to crack before they can compose a useful expedition, and trust me, there are a ton.

Here's a quick look (in honor of Red Planet Day) at the topics that a variety of startups could master in order to provide help to NASA on their mission to the red planet. It's a truncated version of a longer write-up I put together last year, with an eye to the current startup community.

Like plenty of other massive operations reliant on computation, NASA will be investing more on third party cloud services in the near future. The ‘InfiniBand’ is the high-speed network communications link of note, as it allows supercomputing at a 56 Gigabytes-per-second clip in contrast to a 40Gbps Ethernet link.

This is the item on this list that is the most applicable to other industry fields, like electronics design, financial services and engineering which are all looking for cloud computing. NASA's just the only one that needs the cloud in order to reach Mars.

As Roman Stanek, founder and CEO of cloud analytics company GoodData, once put it:

“The future of big data and machine learning is in AI. Only AI can bridge the gap between the need for data analysis and how many data scientists we can train in a year.”

As tech keeps improving, humans alone won't be able to keep up.

Data analytics continues to evolve, and the startup community is no stranger to this niche. But big data startups have contenders in the incumbents: Here's Kenneth Cukier, data editor at The Economist, in a statement given at Comptel’s Nexterday North conference in Helsinki today and reported on by ITPro:

“In a world of Big Data, what it takes to succeed is access to the data. Who has the data? Big companies.”

Certain mission-critical tasks at NASA will need to rely on crunching massive amounts of data.

Any nanotech startups worth their nano-salt should take a deep dive into the nanotech section of NASA's massive, multi-PDF roadmap. There, they detail the timelines they have in mind for addressing a variety of mind-boggling experimental inventions. Here's an explanation of my favorite, the self-healing surface:

“[N]anoscale textured surfaces can self-clean and self-heal. They’re biomimetic, drawing inspiration from the healing power within a gecko’s foot. Nanotech might also boost efficiency of power storage, propulsion, and sensors, all while reducing mass. NASA has set a need date of 2021 for the nanoscale surfaces, with additional nanotechnologies needed by around 2027, for a crewed orbital Mars mission.”

From the section of NASA's roadmap dealing with their goals for Robotics and Autonomous Systems:

“In the coming decades, robotics and autonomous systems will continue to change the way space is explored in even more fundamental ways, impacting both human and science exploration. For human exploration, the goal is to leverage robots in all phases: as precursor explorers that precede crewed missions, as crew helpers in space, and as caretakers of assets left behind.

As humans continue to work and live in space, they will start relying on intelligent and versatile robots to perform mundane activities, freeing human and ground teams to tend to more challenging tasks that call for human cognition and judgment.

[…] Robots will play a key role in the surveying, observation, extraction, and close examination of planetary surfaces, their natural phenomena, their terrain composition, and their resources. The information they gather will further our understanding of the origins and dynamics of our solar system and expand our knowledge of the universe.”

Future generations, if NASA has its way, will send smarter, more agile robots to distant planets, blazing a trail for a potential ground crew, and ultimately furthering the human race. Know any startups who could contribute to the cause? Send them NASA's way.