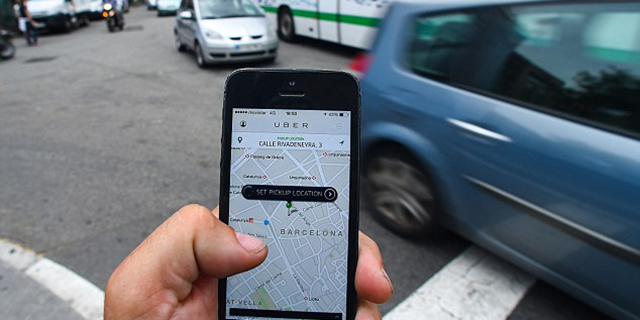 Travis Kalanick, the CEO of Uber, spoke on Sunday at the Digital-Life Design Conference (#dld2015) in Germany to share how Uber is partnering with cities all over the world to enable city transformation, including the creation of tens of thousands of jobs. It often feels like Uber is everywhere, so why isn't it in every city? Kalanick says that “old transportation rules governing an analog economy” is what is keeping the Uber ride sharing option from being utilized in every city in the world.

“We can go to any mayor in any city,” Kalanick told the international conference attendees, “and we can say – if we can find a way to find a regulatory framework that works for making this a reality, we can promise you 10,000 jobs in four years.” Not only jobs, he says, but reduced congestion, reduced pressure on parking, more efficiency on mass transit, and even the option to bring the city's current transportation system “on the grid” with electronic payment solutions to increase tax revenue.

The biggest challenge to get Uber established in more cities (they are currently in about 270 cities across the globe) has been regulatory infrastructure. The rules put in place decades ago to protect an analog economy no longer make sense, and the rules that protect the industry seem staunchly affixed in place. Kalanick challenges that these laws are preventing transportation workers from making a living wage and getting in the way of choice for the citizens as well. According to the statistics that Uber uncovered, a driver in New York City spends $40,000 per year just renting the car that they work in. Other regulatory laws around the country do not make sense for a government looking to protect its people, but rather to protect the industry.

For more, check out the video below: