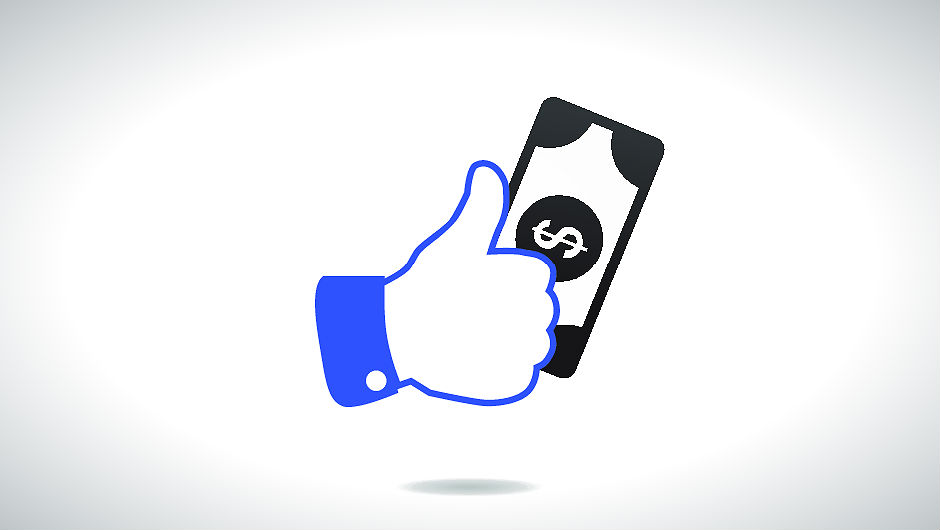 The Ugandan government has this week introduced a tax on social media use. This unprecedented tax again raises questions about the relationship between multinational tech companies, governments and citizens.

Ugandan citizens have, since July 1, been required to pay 200 Ugandan Shillings (USh) for daily access to social media and messaging services – including Facebook, WhatsApp and Twitter – in a government-imposed surcharge applied to their existing data plans.

It is also indicative of the growing and worrying trend by governments and supranational authorities to gain some semblance of control over the internet – whether it’s the repeal of net neutrality laws in the USA, or online copyright reforms in the EU.

However, the real losers in this story are the Ugandan people, as their longstanding President, Yoweri Museveni, clamps down further on free expression in the West African country.

What is the Ugandan Social Media Tax?

The new tax requires Ugandan citizens to pay USh 200, about $0.05, once a day to access a host of social media sites. The charge will be collected by internet service providers and mobile networks, and then be passed onto the Ugandan government.

President Museveni claims that the new tax would raise between 400 billion and 1.4 trillion USh, and would help to keep money in Uganda, rather than sending it to the two foreign-owned mobile networks.

The tax will raise money for Museveni, 73, and his government, which has just been elected again until 2022, after overturning laws that prevented septuagenarians running for president.

Why This is Particularly Bad For Ugandans

According to Human Rights Watch, some 27 per cent of Uganda’s citizens live on less than $1.25 a day, or 4800 USh. Spending nearly four per cent of your daily wage, just to go on Facebook – let alone access the internet – is simply not viable. 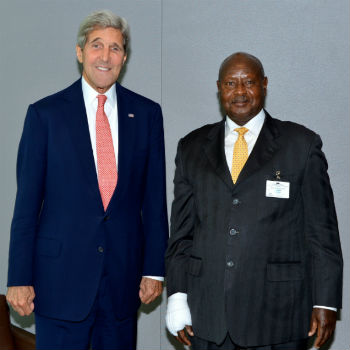 Museveni with then Secretary of State John Kerry in 2015.

Museveni is notorious for his persecution of journalists and opposition party members since he seized power in 1986. Human Rights Watch reports extensively on the measures to limit dissent in Uganda.

Opposition party members are not allowed to hold or visit press conferences, for example – and in article on Uganda’s Daily Monitor, a senior official from Uganda Telecom is quoted anonymously as they are “not authorised to speak to journalists” even despite their praise of the new tax.

However, it’s clear that the new law is designed to punish the poorest, and not coincidentally the most anti-Museveni, above all else. The President announced on Twitter, ironically enough, that the tax had a moral basis as well as a financial one. Museveni claimed that social media is a “luxury by those who are enjoying themselves or those who are malicious… all the moral reasons are in favour of that tax.”

Clearly, this pointed rhetoric is designed to steer public support away from the powerless, to the powerful.

This tax allows the Ugandan government to control, in effect, the viability of Ugandan’s access to social media. They can, should they feel it necessary, increase the tax and effectively shut off access to one of the only remaining tools for political expression in the West African country.

Previously, it has been straightforward for strongmen such as Museveni to control the dissemination of information to Uganda’s citizens through state-run media organisations, or striking fear into independent journalists.

Social media, however, creates a unique challenge for authoritarian regimes, giving everyone equal, instantaneous and unvetted access to information.

However, this tax allows Museveni to turn off Uganda’s access to social media like a tap – too much dissension, and you can always raise the tax to limit the poorest from dissenting again.

Would the U.S. Ever Tax Social Media Use?

Probably not. However, with the repeal of net neutrality earlier this year, and the EU’s recent attempts to reform internet copyright laws, it is becoming clear that the government-led decisions will increasingly impact internet usage even in the western world.

Still, the idea of a per-use fee for the world’s favourite websites seems a long way off reality for any western government. The brand power of Facebook and Google, in particular, is likely to keep things running the way the tech giants choose.

Uganda is the first country to issue a tax on social media. However, it's certainly not alone in wanting to control the internet. States such as China and Russia have managed to implement stringent controls on their citizens' internet usage for years.

China's controls over the internet are so notorious they have become known as the “Great Firewall of  China”. In fact, there are a litany of reasons the Chinese government blocks websites, including: references to police brutality, pro-democracy writing, references to the Dalai Lama or the Tiananmen Square Massacre, or anything regarded as an “obscenity”.

China even has its own social media networks – Sina Weibo or WeChat – intended as replacements for Twitter and Facebook, respectively. It even blocked access to HBO after John Oliver made a gag comparing the Chinese Premier, Xi Jinping to Winnie the Pooh – we're not joking.

Russia is, unsurprisingly, partial to some internet censorship. In April it banned encrypted messaging app Telegram. When Telegram decided to change the IP addresses of its servers to keep the app running in Russia, the Kremlin responded by banning 18 million IP addresses from Russia. This led to a host of other services experiencing outages, including Gmail and some other Google services. Russia has even gone as far as banning the use of VPN services, which could help users access restricted content.

Having said all that, though, a pay-per-post scheme to prohibit your grandpa’s more questionable Facebook posts, or your younger brother’s annoying Snapchats, might not be the worst development for the internet.