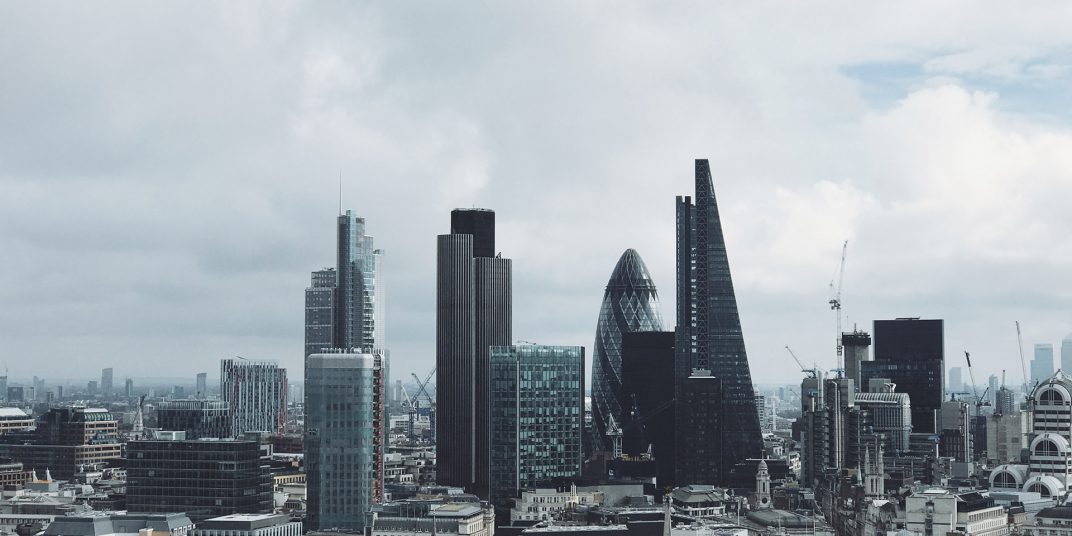 Sure, it's January, but the UK is so hot right now – for tech investors, anyway.

Investment in Britain's tech sector jumped by 44% in 2019 to a record $13.2 billion — or just over £10 billion if you're speaking the Queen's English. That puts the sceptered isle behind only the United States and China in the level of venture capital funding. What's more, levels of VC funding in the US and China actually fell over the same period.

While this is great news for Britain's tech sector, it leaves us here at Tech.co questioning the pattern of investment growth and – crucially – how long it can last.

Why is UK tech getting so much investment?

“It's fantastic to see Britain continue to be the best place in Europe to start and grow a tech business,” said the UK's digital minister Matt Warman. And the numbers back him up. According to research, the UK received more VC investment than Germany and France combined, and about one-third of total investment in Europe.

One of the reasons for Britain outperforming the rest of Europe is due to London's strong association with finance. . And that's doesn't just go for long established investment banks. Some of the most recognizable names in emerging fintech – Monzo, for example – are based in the UK capital. Fintech is one of the largest growth areas in terms of investment at the moment, with investors pumping some $5.3 billion into British-based fintech companies — that's 96% more than in 2018. 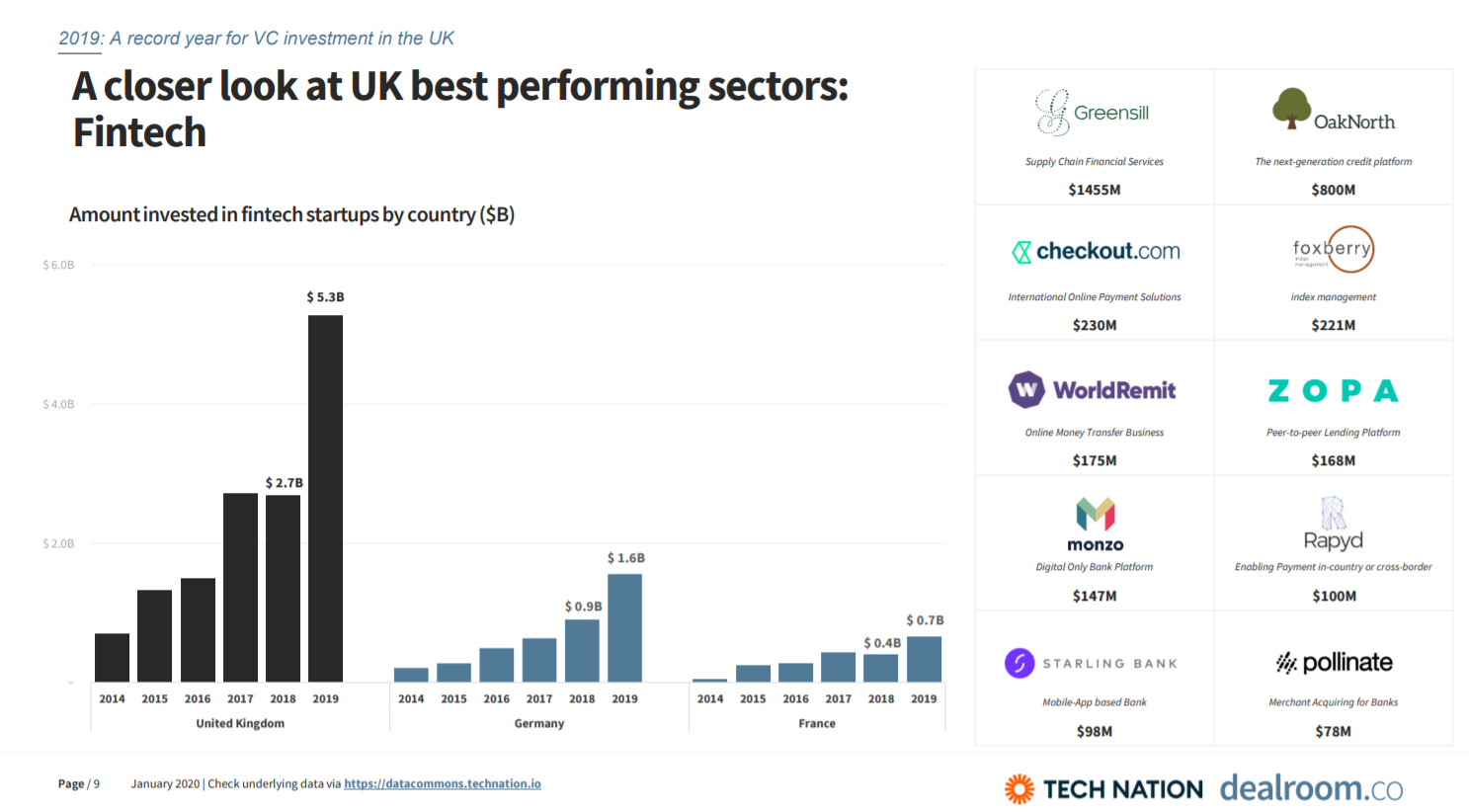 Another potential reason for the UK's lead over the rest of Europe is the common appeal of the English language. At the risk of sounding reductive and trite, English is the language of business around the world, and this makes UK companies more accessible to foreign investors. In fact, investors funding British companies come increasingly from Asia. 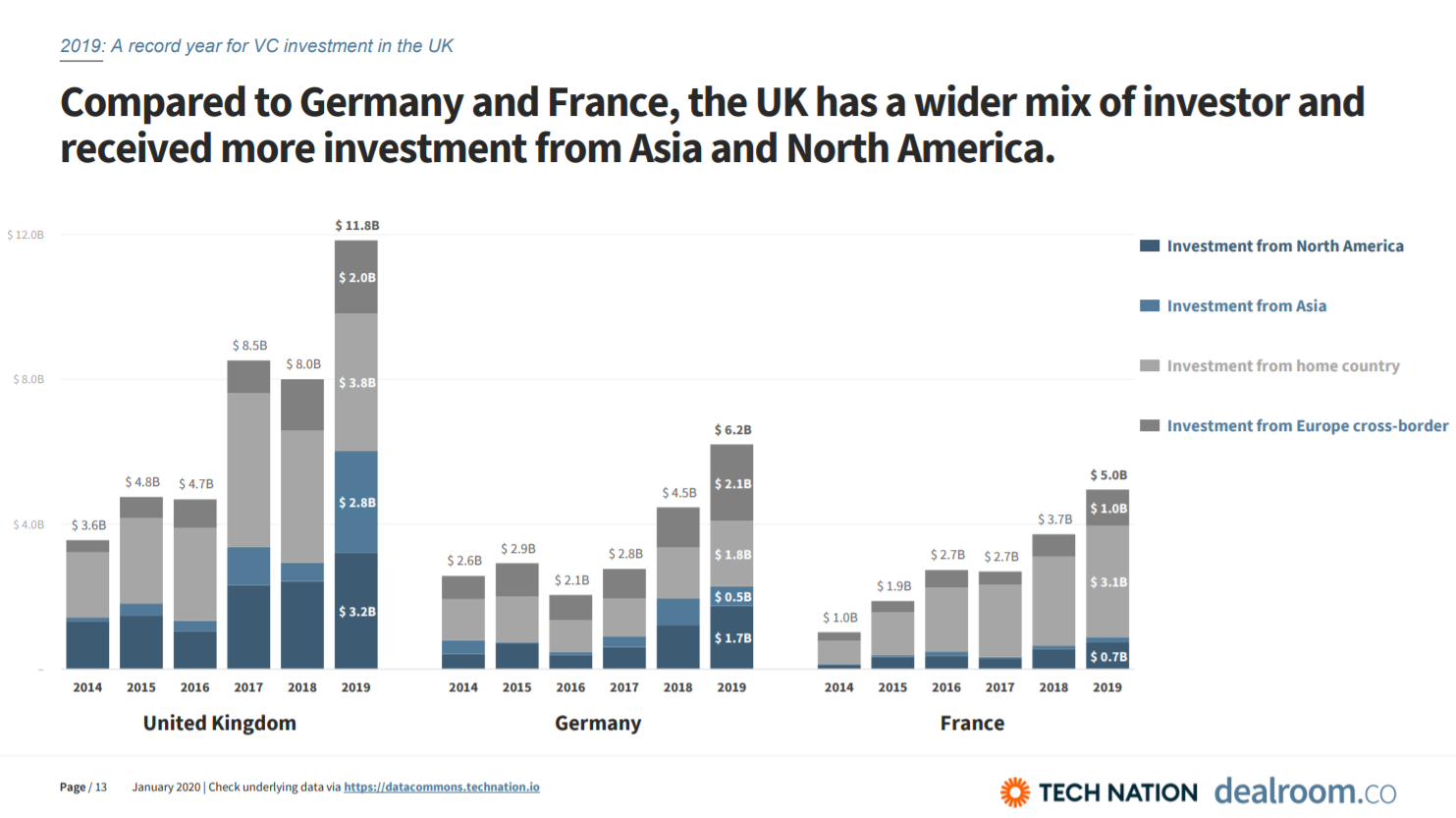 Of course, while speaking the same language can make investment easier, it doesn't make it less risky. However, London also appears to hold a trump card over Europe here, as well. “The tech start-ups and scale-ups in Britain stand at the forefront of innovation on the world stage,” said Russ Shaw, founder of Tech London Advocates. “They have again claimed the lion's share of VC investment heading into Europe from the US and increasingly Asia.”

Again, the UK seems to be able to attribute its growing popularity with investors to unintended consequences from history. “Our universities are fantastic hubs for innovative tech businesses and home to billions of pounds of untapped economic potential,” said Simon King, partner at investment firm Octopus Ventures. “UK universities are world-renowned, ground-breaking research institutions, producing the third-greatest number of PhDs and academic papers globally.”

Universities have been spawning companies in the UK for a while now. Back in November, we wrote about Cambridge Consultants, a groundbreaking robotics company formed by three Cambridge graduates who wanted to “put the brains of Cambridge University at the disposal of the problems of British industry.”

Of course, Britain isn't the only country in the world to have good universities. So, surely there has to be more to the tale?

Why is the UK getting VC funding now?

While there are plenty of reasons why the UK might be the perfect place to invest but the timing, from the outside at least, looks strange. At the moment, Britain is stuck in a protracted political back-and-forth over trying to leave the European Union. A slim majority of Brits voted to leave the EU back in June 2016. Since then, the UK has been in a kind of political purgatory for almost four years.

This kind of uncertainty typically sends investors running for the hills as they have less guarantee on getting a return on their investment.

However, with the UK voting for successive Conservative governments, it's clear that the political climate in the UK seems set to remain ‘business-friendly' for the foreseeable future. What's more, by leaving the EU, Britain will likely extricate itself from a range of protections and rulings on investment that will likely make investing easier. These factors might make the UK – and particularly London – one of the most investment-friendly areas in the world.

There is one large fly in the investment ointment. Much of the successive Conservative governments' agendas have been based around reducing immigration to Britain. And, for tech investors, this should set some alarm bells ringing. Theresa May, the Prime Minister from 2016 through until July 2017, promised to reduce immigration to the “tens of thousands.” New PM Alexander Boris de Pfeffel Johnson looks set to sing from the same hymn sheet.

“We will have a different immigration policy over the coming years,” said Matt Warman MP “[it] will be an important opportunity for us to show that Britain is still very much the right place to start or grow a tech business.” This new immigration policy revolves around a so-called “Australian-style” points-based system promised to reduce overall immigration numbers — especially amongst lower-skilled workers.

This promise of more stringent immigration rules has got some within the tech sector worried. “Johnson will need to negotiate a favorable trade deal on services with the EU,” said Russ Shaw, “whilst the tech community at large campaigns for free movement of labor to help keep the talent pipeline flowing.”

However, the British Parliament voted against an amendment to the EU Withdrawal Bill last week which proposed protections to the Erasmus Scheme. This allows easy, free movement of students between EU universities to facilitate studying abroad. While some some have noted that this was entirely predictable, as the government wants to have as much room for manoeuvre as possible during negotiations, others have claimed it shows a lack of commitment to investing in British and foreign students. Unnamed Government insiders have also been quoted as saying:

“The question being asked is whether you want to spend a billion pounds on this [joining Erasmus] or put it into the schools budget. Clearly it will depend on the negotiations with the EU but the feeling is that it is expensive and not a priority for the government”.

Without the right labor or the right investment in education, there's every chance that the gains in VC funding from 2018 might not make it far into the 2020s.