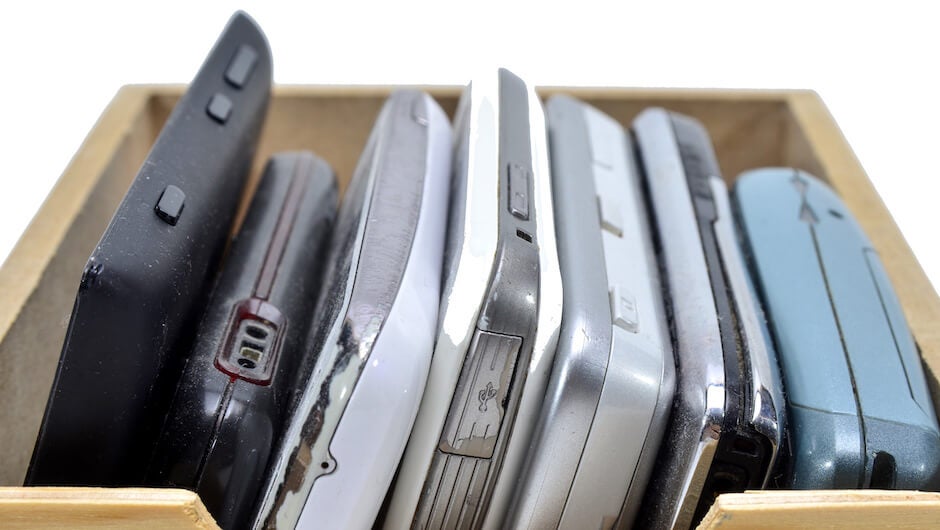 Unused smartphones are becoming more and more numerous everyday, and the rare elements that make them work are subsequently becoming harder and harder to find in the natural world.

A report from Royal Society of Chemistry recently found that there are approximately 40 million unused devices within the UK alone. These smartphones, tablets, and laptops are sitting in junk drawers, attics, and basements collecting dust, occasionally designated as a “spare” device, but more regularly abandoned as high tech trash. And tragically, barely anyone is planning on recycling these devices.

The Scale of Unused Tech

40 millions devices is pretty substantial, particularly for a smaller country like the UK, and that's just the tip of the global iceberg. A study from 2017 found that Australia is currently home to over 23 million unused devices, while a 2014 study shows that the US is sitting on $13.4 billion worth of unused tech. And if you think that number has gotten any lower in the last five years, you're absolutely kidding yourself.

To make matters worse, the Royal Society of Chemistry study found some unsettling statistics about recycling, or rather the staggering lack of it. Apparently, “82% of UK households with unused devices have no plans to recycle them after they fall out of use, with two thirds (66%) set to store such devices indefinitely as a spare.” In fact, the study showed that a mere 18% of UK households plan on recycling these devices, which could have some serious repercussions in the future.

If you weren't aware, smartphones and other devices are built with a wide range of materials made from rare elements in the periodic table. Unfortunately, because of the popularity of these devices, those elements are becoming more scarce by the minute, and one study found that many of them are in grave danger of being impossible to find in nature.

“Chemical solutions to these challenges may still be decades away, and in the meantime, we are approaching the point of no return for some of these materials, whose special properties make them uniquely suited for use in the technology we rely on in healthcare, in doing business and in our homes,” said Robert Parker, CEO of the Royal Society of Chemistry in a press release.

Yes, we can hope and pray that the great minds behind the iPhone and the Microsoft Surface come up with a new solution to the dwindling elements used in these devices, but that's a risky road to take. Aside from actually recycling your devices, there are other ways to make sure you aren't contributing to a potential global tech shortage.

The Push to Upgrade

It's safe to say that a huge contributor to this problem is the push to upgrade your device on a yearly basis. Apple, Google, Samsung, and pretty much every other consumer tech company in the world host big, extravagant press events to announce the newest phone, the newest tablet, or the newest laptop on a yearly basis in hopes of getting you to upgrade.

The reality is, you don't have to upgrade every year. These devices are built to last for at least a few years, and most upgrades aren't even that big of an improvement from previous iterations (particularly this year's iPhone).

If you are an early adapter or just a compulsive smartphone buyer, please recycle your device. Whether you sell/trade-in your device at a reputable shop, or just find somewhere to drop it off that isn't the garbage, it could make all the difference for the future of the tech industry.