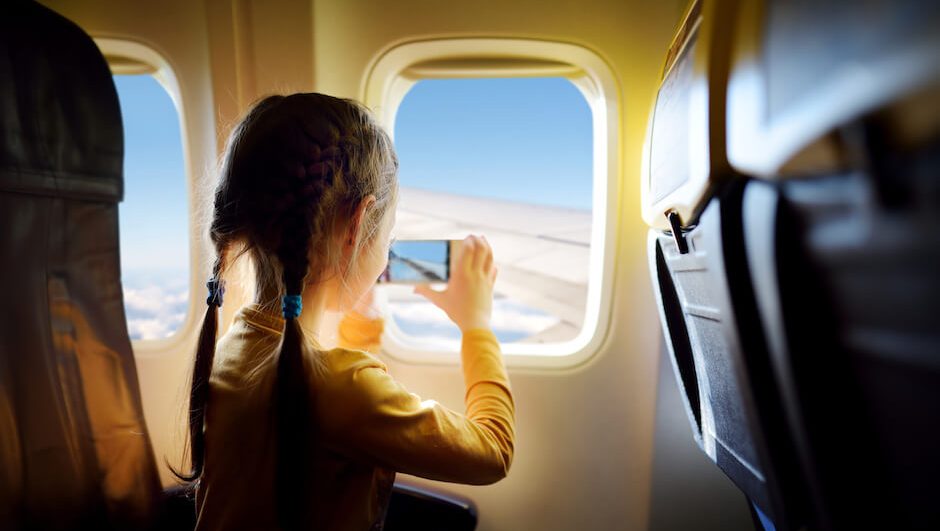 The friendly skies are getting more interesting by the minute, as British Airways has announced plans to test out virtual reality headsets on their planes.

Let's be honest, virtual reality is still trying to find a firm footing in the market. While tech enthusiasts and rich people are more than happy try out the innovative devices here and there, widespread adoption has been hard to come by for virtual reality.

Niche uses like immersive therapy and professional training have been the main selling point so far, and it looks like one more unique means of utilizing the technology could found on your next international flight.

Announced in a statement this week, British Airways is planning on having VR headsets onboard some of their flights in the near future.

“We are always looking at the latest technology to enhance our customers’ experience on the ground and in the air,” said Sajida Ismail, Head of Inflight Product at British Airways in the statement. “Virtual reality has the power to revolutionize in-flight entertainment and we’re really excited to trial these new glasses as they should create a unique and memorable journey for our First customers.”

The innovative move is facilitated by a partnership with SkyLights, a VR company focusing primarily on devices for transit passengers. This means you tragically won't get to try out the latest Oculus Quest on your next flight. Instead, you'll have access to a specifically tailored device for airplanes that is attached to your seat.

Don't worry though, the headset boasts 1080p resolution in both eyes, so you won't have to endure a blurry landscape for the duration of your flight.

While this may seem like a huge breakthrough in VR tech and air travel, the technology actually isn't that new. SkyLights has already partnered with Alaska Airlines recently, offering the same kind of in-flight immersive experience, and it seems to be going pretty well.

Who Gets to Use VR on British Airways Flights?

Now, if you're hoping to be one of the lucky few to enjoy this high-flying immersive experience, you better have some pretty specific travel plans in the future, as the trial period is quite limited. For one, the program will only last until the end of 2019, at which point British Airways will evaluate the viability of the program for future use.

More specifically though, a very select set of passengers are actually going to get access to these VR headsets: those flying from London Heathrow to JFK International Airport in New York as first class passengers. So if you were hoping to swim with dolphins or watch Netflix in a virtual living room during your next flight, let's hope you've already booked it.

Is This the Future of Virtual Reality?

The benefits of providing virtual reality on airlines are obvious. From quelling the concerns of fearful flyers to providing an immersive entertainment experience for everyday passengers, air travel seems like a great place for virtual reality to get its big break.

However, if you think about it for more than a couple seconds, the practical application of this tech on airplanes doesn't pass the spot check. For one, virtual reality sickness remains a persistent problem that will likely be quite exacerbated by air travel, particularly when turbulence is involved. Additionally, the sensation of “forgetting you're flying” — a line from the SkyLights video — is great, until an emergency situation ruins it for everyone. I mean, are exit row passengers going to have access to the tech? Seems like a bit of a risky move.

Furthermore, technology on airplanes is notoriously terrible, and the thought of adding VR to the mix seems like a recipe for disaster. They can't even figure out how to get properly functioning WiFi onto planes and those personal screens work on a sporadic basis at best. So what hope is there that a virtual reality headset is going to last more than a couple of flights before wear and tear sets in?

Honestly though, virtual reality needs a win at this point, and if it can find a footing in the hectic, tech-challenged industry of air travel, despite all these challenges, then sign me up! Because if they can figure out all the bugs, it does sound like a pretty fun ride.