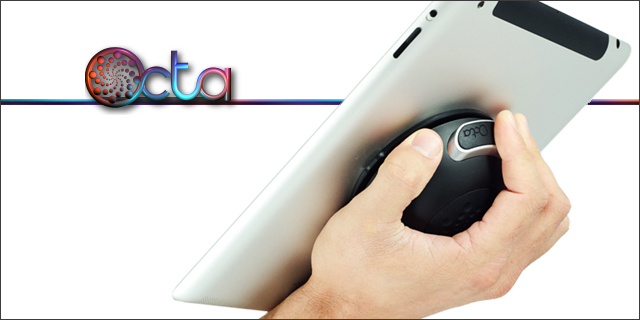 My university screenwriting professor gave me some simple, but pertinent advice one day when I asked him what to do with my English degree. Creatives and artists live very different lives than the rest of the population, he said. In order to succeed, we need to think outside the box and stretch our creative imaginations; just as you create a story, create your own solutions.

For a while, I thought that only pertained to a small segment of people, but when I got involved with the tech startup community, I realized how far off that assumption was. Tech entrepreneurs are the perfect embodiment of his advice as they work every day to stretch their creative minds.

When Prometheus Trotsky, classically trained oil painter and sculptor, founded Octa in 2010 at the International CES, normality was never on the agenda, and he had a problem to solve. Nikki Braziel joined the team shortly after, and in 2012 they released their first product line with the TabletTail.

The problem, as they outline it, is that iPads, tablets, and e-readers are awkward and uncomfortable to hold, especially for long periods of time. Additionally, they found that the few stands available to consumers suffer major drawbacks.

Accessories currently in circulation rely on cases for their connection point. Not only does that mean users have to buy new cases whenever they upgrade their tablet, but they also have a limited and narrow set of case style options.

Additionally, humans are continually adjusting their bodies to their technology. Trotsky and Braziel, being the creatively inspired minds that they are, flipped the entire script and created TabletTail as a solution that adapts our technology to our bodies.

Use the Whale Kit as an adjustable stand or a fixed holding point while moving. The Monkey Kit can wrap around your leg, the treadmill, or hang from your bed post for optimal viewing and usage. Either way you go, both kits are reminiscent of Shaolin Kung Fu styles. The Vacuum Dock on each kit will stick soundly to your device, even if you are doing Kung Fu.

Throughout their journey, there has been one running theme keeping them focused: the consumer. They are not making accessories for your tablet; they are making them specifically for you.

“We want you to use your iPad, tablet, or e-reader in impossible places,” says Trotsky. “Be creative.”

Clearly, the user response has been overwhelmingly positive, as their January 2013 Kickstarter campaign to fund the Monkey Kit topped out at $103,621. But the duo used that campaign to do more than raise funds: they took feedback from over 1,000 supporters to improve their product.

Establishing a supply chain might give them gray hair, but Trotsky and Braziel are committed to the end goal. After all, tablets are on track to outsell laptops by 2014 and they want to make sure there are enough TabletTails to go around.

“Tablets are the form factor of the future, and Octa helps people get more from their tablets,” says Braziel. 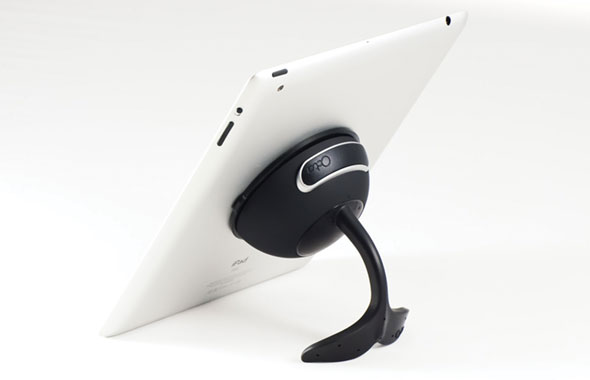