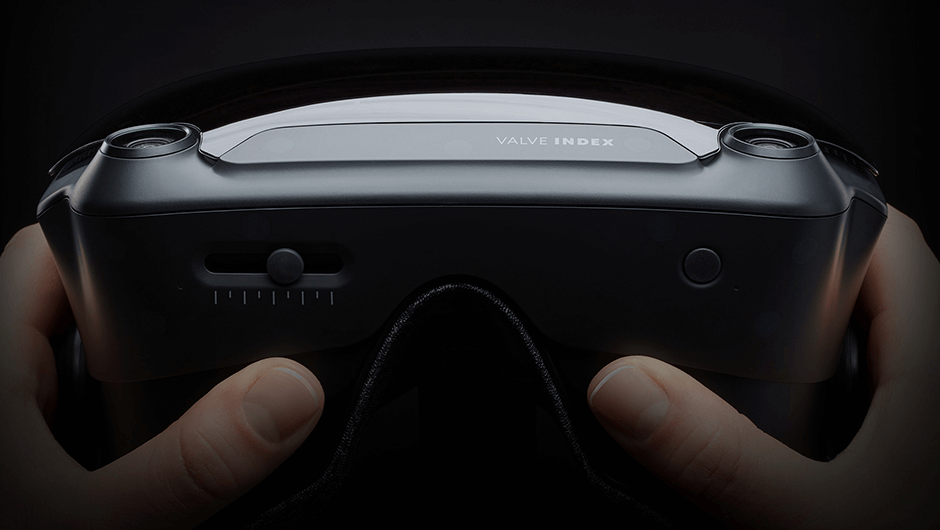 Virtual reality could be one step closer to getting mainstream attention: Valve has announced a new VR headset poised to make an impact on an industry still looking for its moment in the spotlight.

While brands like Oculus and HTC have done everything they can to make virtual reality a viable consumer tech trend, everyday citizens are still wary about widely adopting the technology in their everyday lives. Sure, VR headsets are fun to show off at parties, but the average gamer is still opting for consoles and controllers over headsets and wired gloves. And there's not much convincing them to make the switch, particularly with esports making a global push in popularity.

Still, that hasn't stopped these ambitious companies from innovating new tech that could one day turn the tables. And Valve's new headset could be the first step towards that goal.

What Is the Valve Index VR Headset?

Announced on Friday and uncovered by Ars Technica, the Valve Index VR Headset is exactly that: a new VR headset from Valve. The long-rumored and extensively leaked device is set to launch in “May 2019,” at least that is according to the single, mysterious promo image that appeared on the Valve Index dedicated website.

Despite the notable lack of information provided by Valve in the announcement, there are plenty of rumors and leaks to go off of in terms of what you can expect from the new VR headset. For one, it clearly has at least two sensors on the front, which means no external tracking cameras or base stations are required to walk around a room in virtual reality. Plus, with the obviously-present physical slider, users will be able to adjust the headset to their particular eye and head shape.

Previous leaks that resemble the device have also stated that Valve's VR headset would feature a 135-degree field-of-view, which would be an impressive upgrade from the 110-degree field-of-view in the Oculus Rift and HTC Vive. Additionally, although completely absent from the announcement, Valve has also advertised their StreamVR Knuckles motion controllers for a while now that would naturally go pretty well with a new VR headset.

Keep an eye out in May to find out if any of these rumors are true, and what the future of virtual reality is going to look like after this highly anticipated launch.

How Much Will It Cost?

Who knows! With such a clandestine announcement, very little information is available about the specs of the Valve Index, let alone the price. With new tech like this, price is typically an after thought, as Valve likely doesn't want to scare anyone off before a more in-depth announcement. Still, it never hurts to speculate, right?

With the Oculus Rift selling out at $399 and the HTC Vive and Vive Pro selling at $499 and $799 respectively, it's safe to say there's a pretty wide range the Valve Index could fall into. They'll likely want to keep it competitive in the space, but it wouldn't be unheard of to set the price at the higher end of this spectrum.

Again, this is all speculation, so make sure to keep your ear to the ground in regards to this innovative new technology in virtual reality.

Should I Buy the Valve Index VR Headset?

It's far too early to tell if the Valve Index is worth whatever price it's going to be. Particularly with virtual reality, getting expert hands-on reviews is going to be key in deciding whether or not this highly-anticipated device is worth its weight in plastic.

However, between the sensors, the controllers, and the notably hype, it's safe to say the Valve Index is at least worth keeping an eye on. With three Valve-produced VR games in the works (Half Life 3 is still a distant rumor) and a competitive virtual reality market getting its footing, it's only a matter of time before this technology finally makes it to the grand stage. And the Valve Index has the potential to be leading the pack.