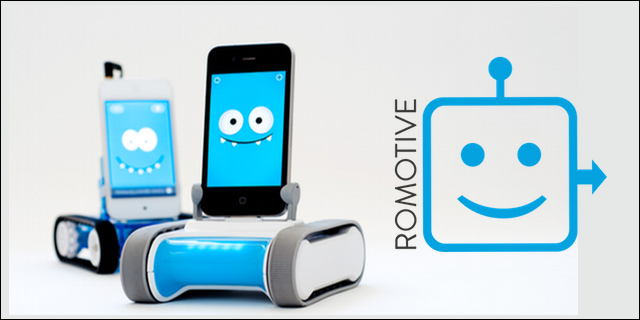 Building robots from the Ogden luxury apartment building in downtown Las Vegas, Romotive has been a poster child for the VegasTech movement and one of the first VegasTechFund-funded companies. Today, they announced they will be moving their company from Las Vegas to San Francisco. Obviously, there are a couple of ways you can look at this – and some may consider it a loss to the VegasTech community. But in the startup game, it's really a success for VegasTechFund as it proves the “city as an accelerator” model – which means that rather than having a formalized accelerator program the city offers enough events, mentors and resources to accelerate growth.

Romotive moved to downtown Las Vegas from Seattle after launching out of the TechStars Seattle accelerator in 2011, where they also participated in Tech Cocktail's Hottest Seattle Startup poll. They grew their team from just a small handful of people to 20 employees over the past year, and secured Sequoia as an investor. Romotive's connection to Sequoia was a connection that was probably nurtured through the company's involvement with the VegasTechFund as Sequoia was also an investor in Zappos.

Here is the letter from the CEO of Romotive, Keller Rinaudo. He sent this email to our community, and it was posted on the Downtown Project website. We wanted to share it with everyone.

I want to share a piece of news from the Romotive Team. We’ve decided to move Romotive to the Bay Area. All 20 of us will be relocating in the next 3 months.

We came to Las Vegas in 2011 as a team of three founders with a vision to create the world’s first affordable personal robot. From our apartments at The Ogden we built, packaged and shipped hundreds of robots. We developed, hacked, hosted community dinners and built a team. Something worked because thanks in part to our time in Downtown Las Vegas we’re a team of 20 people, we wrote our largest single order (10,000 Romos) and last fall closed our $5 million Series A led by Sequoia.

This was a difficult decision for us because Romotive wouldn’t be the company we are without the constant support of Downtown Project, Tony, Zach, Fred, and many others. I can’t think of a place I would have rather built Romotive over the last two years than downtown Vegas. We’ve been able to focus on building a space and culture that are geeky and unique. In fact, several of the investors on this list have slept on air mattresses in our apartments here

It’s also been meaningful to be part of something bigger than ourselves, and we believe deeply that Tony will succeed in building the downtown area into a vibrant tech ecosystem. The Vegas Tech Fund has invested in almost 20 innovative companies that have moved to Vegas since making its initial investment in Romotive. And excitement about the buildings and spaces that are currently under construction here is tangible.

Ultimately, our goal at Romotive is to build the world’s first affordable personal robot. It’s my responsibility to make sure that Romotive is located where we are most likely to achieve this vision. As we scale over the next few years, our focus will be on working in close proximity to strategic partners and hiring brilliant senior talent that can take our robotics focus to the next level. That’s the reason that we have decided to move to the Bay Area.

I’m incredibly excited for the future, but at the same time nostalgic for the past. It’s hard to imagine how recently we were four people trashing one of Tony’s apartments in order build our first 100 Romos ever. In case your imagination doesn’t serve, I’m attaching a few pictures.

Thanks all of you for believing in us, but especially Tony, Zach and Fred.

All the best,
Keller

Romotive will be missed in the downtown Las Vegas community. But everyone is super excited for them as they validate Las Vegas as a startup ecosystem that helps accelerate the growth of businesses like Romotive.