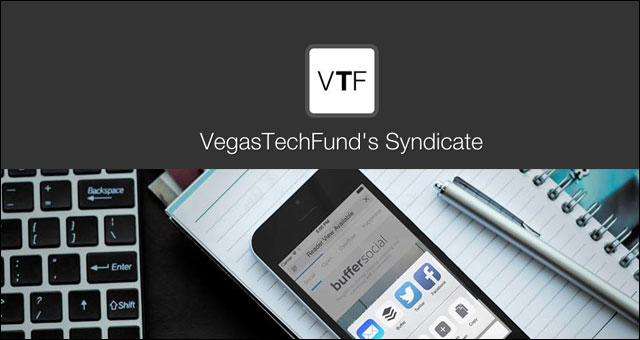 The VegasTechFund, the $50 million startup fund that's part of the Downtown Project, has launched an AngelList Syndicate today to raise $400k for San Francisco-based Buffer. The fund was previously focused on funding early-stage startups, and up to this point has invested around $30 million dollars into over 90 early-stage startups. As Tony Hsieh explained on stage in an interview with me at Celebrate Conference a few weeks prior, the remaining $20 million dollars will be focused on doubling down on the companies that they see the most potential in by offering them follow-on funding.

Using the new AngelList Syndicate offers a transparent and new approach for the fund to offer follow-on funding. This provides a simple way to publicly share the deals they are investing in at the time of investment, allowing accredited investors to jump in on the deal real-time via the web. This not only helps the fund, but also helps entrepreneurs, who previously had to hunt down interested investors and attract investors directly. Prior to the JOBS Act this kind of public solicitation for funding was illegal.

Buffer, a dashboard to manage multiple social media accounts at once, is the first company that VegasTechFund is funding with this AngelList Syndicate. VegasTechFund is investing $200,000 and will leave $200,000 of the $400,000 round open for other accredited investors to jump on board by visiting this link. The minimum investment is $5,000.

Buffer was founded by Joel Gascoigne and Leo Widrich and has been a poster child for company culture as it openly publishes its core values, culture playbook, and even publishes all of their employees' salaries online. This is not something you see done customarily but these founders are very comfortable with transparency and sharing as a path for learning. So it only makes sense that their follow-on funding is done in the most public and transparent way possible as outlined it this blog post.

Will Young of the VegasTechFund had this to say about the funding:

“The team at Buffer inspires me with their all-in approach to transparency.  We’re excited to be a part of a round with the same kind of transparency and look forward to learning a lot from this great team.”

Through the AngelList Syndicate you can assume that VegasTechFund will be offering some of the best investments that are part of their current portfolio. That said, Buffer was not a previous VegasTechFund company but one that the partners at VegasTechFund particularly liked, so this new syndicate also enables the fund to jump into follow-on deals with companies that they feel strongly about too. Angel investors will also benefit from this and similar syndicates, as they create a lower barrier of entry for potential up-and-coming investors to build out a portfolio for lower investment levels.