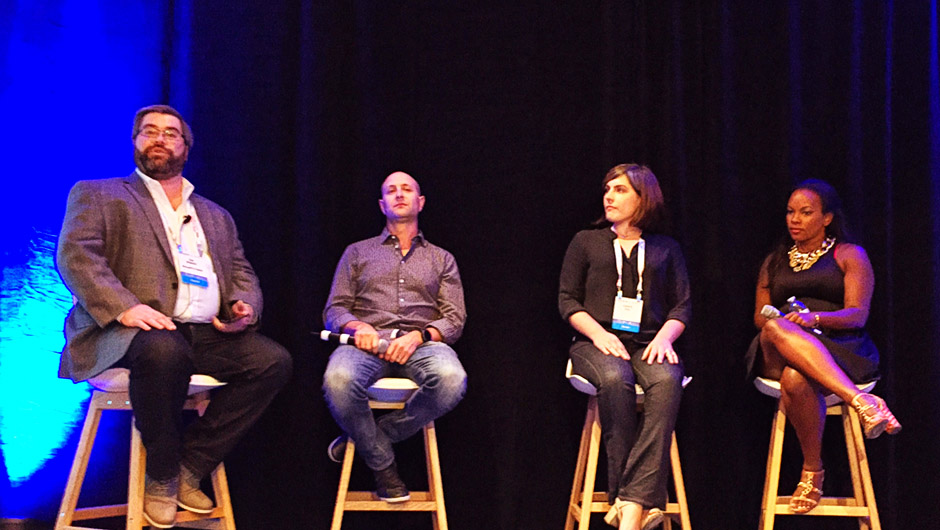 Compared to last year, 2016 so far has seen a sizable drop in the number of venture funding deals: They plummeted by about five percent. Comparing Q2 of this year to last, we see a sizable drop in numbers (1,117 North American deals in Q2 2016 — the lowest level of deal activity unseen since Q1 2012), with a notable decline in $100+ million deals. While we're not saying that venture funding is dead, we are seeing that investors are increasingly becoming more selective in their investments. Luckily, there are plenty of other options through which startups can get funding.

At the very first Innovate! and Celebrate conference, cofounder of Malartu Funds and the TechCo Index Fund, Jon Spinney, sat down with panelists to talk all about funding: how to get it, where to get it, and when to get it done. The biggest takeaway from the panel: Stop focusing too much on venture capital — there are many other options out there.

Take Venture Funding Off the Pedestal

The panelists included Cheryl Foil, principal at Kidder Capital; Ari Newman, partner at Techstars; and Sarah Kunst, founder and CEO of Proday and an investor. According to Newman:

“Venture is really a crappy place to find capital…I think we've put it on a pedestal. There are lots of other pools of capital out there where startups (depending on what stage they're in) can find money.”

From angel funding to crowdfunding, startups nowadays have a wide variety of options when trying to put together the capital needed to operate their companies. But regardless of whatever route they pursue, Newman adds that it's important to think long and hard (like, really long) before deciding to raise money.

“Go raise money when it's clear that you know exactly what you're going to do with it,” said Newman. “Outside capital comes with responsibility and risk… so, you have to take that seriously. Be sure you have enough data: the longer your wait, the more data you have, the more info you have about product-market fit, and the more successful your funding round.”

The investors on-stage also gave their pro tips on how to successfully raise that capital. While Twitter may not be popular with the general population, it's key when trying to build relationships with potential investors.

“Build that network…[and] Twitter is the best place to network,” said Kunst. “It's just a great way to establish yourself in quote unquote ‘the space'. That's how investors are going to find you and engage with you.”

Outside Twitter, it's important to build real relationships with potential investors. So, whether that's going out for lunch or going out on a hike together, you have to fully invest in the relationship in much the same way you would your current friendships. Building these relationships ahead of time and updating them on your company's status way before you actually plan to raise funding are imperative if you want your funding round to succeed.

“It's important to be engaging VCs six to twelve months before you're actually raising, and to give them a sense of how you've been running.”

To learn more about what went down at the panel, you can watch our video recording of it below.