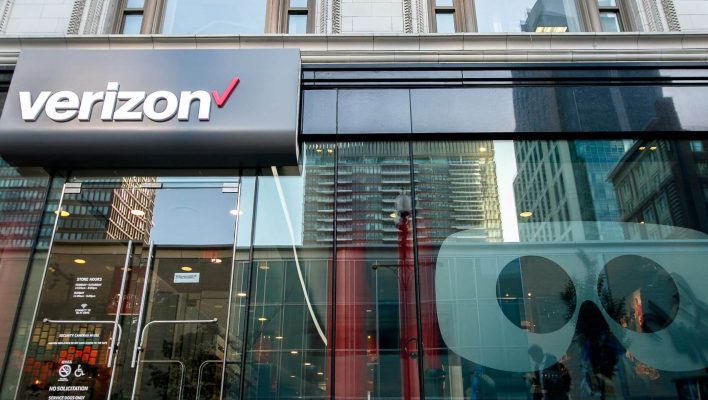 Verizon's foray into digital media has come to an end, as the wireless network operator has officially sold Yahoo and AOL to an private equity firm for $5 billion.

In 2015, Verizon took a big leap into the media and advertising industry with the purchase of AOL and Yahoo. Since then, however, the company has struggled to utilize the once-grand business entities to their full potential.

Now, with the massive sale, Verizon closes the book on the company's era in media, opening the door for a new company to make waves in tech.

Announced early Monday morning Verizon has indeed sold Yahoo and AOL to Apollo Global Management, a private equity firm clearly interested in getting involved in the media and advertising game that Verizon struggled so mightily to get the hang of. The company is reportedly “thrilled” with the deal, and is exited to “unlock the tremendous potential of Yahoo and its unparalleled collection of brands.”

“We have enormous respect and admiration for the great work and progress that the entire organization has made over the last several years, and we look forward to working with Guru, his talented team, and our partners at Verizon to accelerate Yahoo’s growth in its next chapter.”

Verizon will still retain a 10% stake in the company — though the name will be changed from Verizon Media Group to simply Yahoo — and will be led by CEO Guru Gowrappan.

Who is Apollo Global Management?

In an age of mammoth tech acquisitions perpetrated by big-name corporations, it's almost refreshing to see a deal that involves a lesser-known company like Apollo Global Management. Still, while they may not be a household name, you're certainly familiar with some of their other businesses, which include crafts retailer Michaels and the Venetian resort in Las Vegas. Subsequently, their CEO is quite confident the company can succeed where Verizon failed in regards to Yahoo.

“With Apollo's sector expertise and strategic insight, Yahoo will be well positioned to capitalize on market opportunities, media and transaction experience and continue to grow our full stack digital advertising platform,” said Gowrappan in a press release. “This transition will help to accelerate our growth for the long-term success of the company.”

Outside of this deal, Apollo has found itself in the news recently, and not for a good reason. The co-founder and former CEO Leon Black stepped down in March 2021, as reports surfaced that he had paid Jeffery Epstein, infamous sex offender, more than $157 million over the course of a five-year period.

Does this deal make sense?

Yes, $5 billion does sound like a lot of money, but the reality is that Verizon took a huge loss on this one. Yahoo and AOL were respectively acquired by Verizon in 2015 for $4.4 billion and $4.5 billion, which means the company is taking nearly a 50% hit by selling them off. Still, Verizon was never able to turn the former tech giants into anything that could compete with the likes of Google or Facebook in terms of advertising, and from a financial standpoint, it didn't make sense to keep them around.

To be fair, the writing has been on the wall for a while now that Verizon was giving up on media. The company sold the Huffington Post to Buzzfeed in November 2020, and sold Tumblr March 2019. Verizon is even shutting down the delightfully random Yahoo Answers platform this week, a truly tragic loss for anyone that needs to know the answers to the world's most misspelled questions.

Simply put, Apollo is going to have its work cut out for it as far as turning these media entities into anything that even remotely resembles their former glory. In fact, maybe $5 billion was a good deal for Verizon after all.