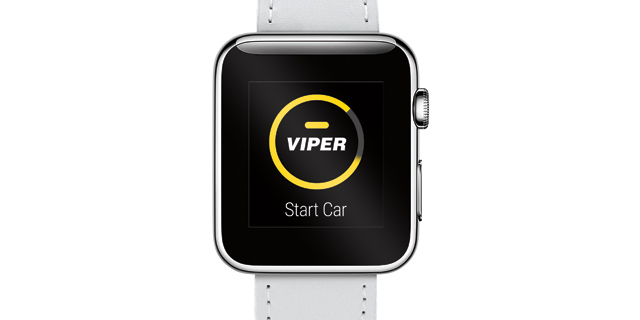 Today at The 2015 International Consumer Electronics Show (CES 2015), Viper formally announced a new app that gives users the ability to start, lock, unlock, and track their car from nearly anywhere in the world via their smartphone. The app, named Viper SmartStart, will integrate Android Wear and Apple Watch accessibility early in the 2015 calendar year.

“Wearable technology will give Viper SmartStart users the ability to feel connected with their vehicle in an even more accessible and convenient way,” says Frank DeMartin, Senior VP of Development and Engineering for Viper. “Whether people choose to use Viper SmartStart through their smartphone, smart watch, or both, the updated Viper SmartStart 4.0 app will enhance their ability to seamlessly communicate with their car.”

The Viper smart watch functionality will be available for free on both Android and iOS via the company’s newest version of the Viper SmartStart 4.0 app. Version 4.0 of the Viper app is compatible with all Viper SmartStart hardware, which means that all existing and future Viper users who purchase an Apple Watch or Android Wear product will be able to tap into the features at no additional cost.

Additionally, the new version of the app has been updated with a more intuitive home screen that offers faster access to the primary controls. To take full advantage of the functionality inherent in the Viper SmartStart app though, users will need to purchase a Viper system from any authorized dealer; prices start around $149.99.