As the holidays grow near and the shopping lists grow more pressing, virtual assistants have become the talk of the tech world. From the advanced artificial intelligence at work in our new phones to the discounted holiday prices of Amazon Echo and Google Home, the consumer world is abuzz with talk of these convenient devices. But which one works best when it comes to the ever-important feature of voice recognition?

According to a survey from CBT Nuggets, Siri is the virtual assistant with the best voice recognition. The study, which surveyed 500 total respondents (70 of which were virtual assistant users), found that 65 percent of users were satisfied with its ability to recognize their voice, with Google Now coming in second at 59 percent, and Cortana rounding out the top three with only 46 percent.

But that's not all! In an effort to get the most accurate data on virtual assistants, the survey also delved into the effectiveness of voice recognition in noisy areas versus silent areas. And with a nearly identical score to the overall rankings, Siri continued to shine, with 63 percent of respondents satisfied. The survey even covered the specific home devices, like Amazon Echo and Google Home, finding that Alexa was better at voice recognition with 51 percent of respondents being satisfied versus only 47 percent for Google Home.

While it may seem like the choice is clear for your holiday shopping list, the authors of the study wanted to remind you of something rather important: voice recognition isn't everything and what's most important is exactly what you plan on using it for.

For a more in-depth look at what people love about virtual assistants, take a look at the infographic below and make sure to glimpse the full report here. 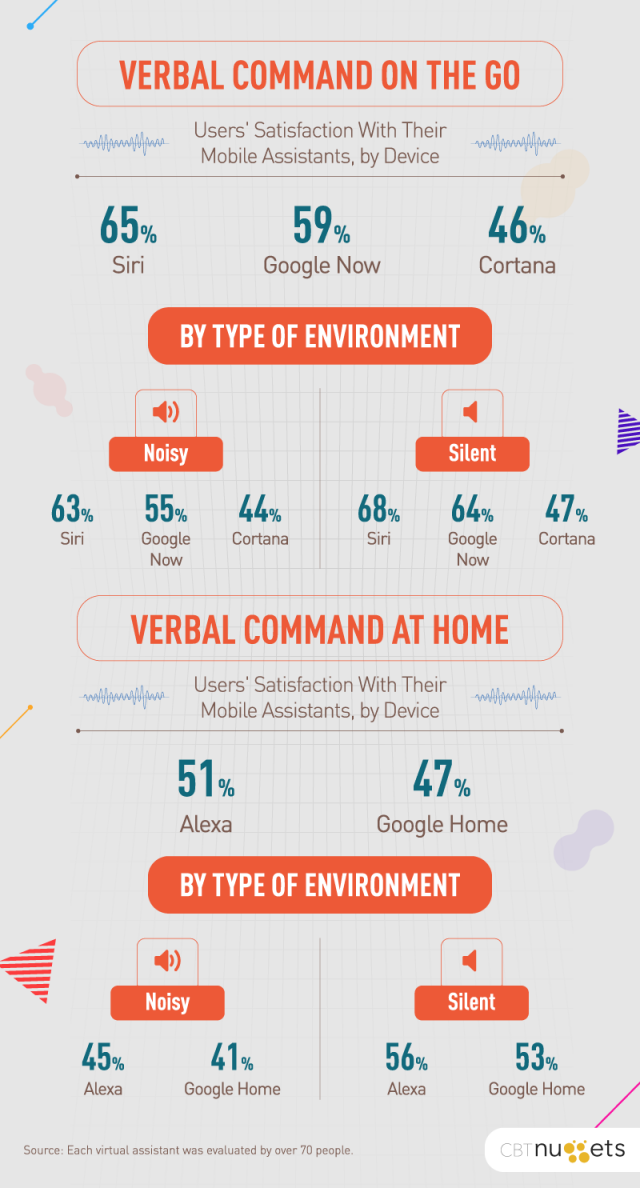