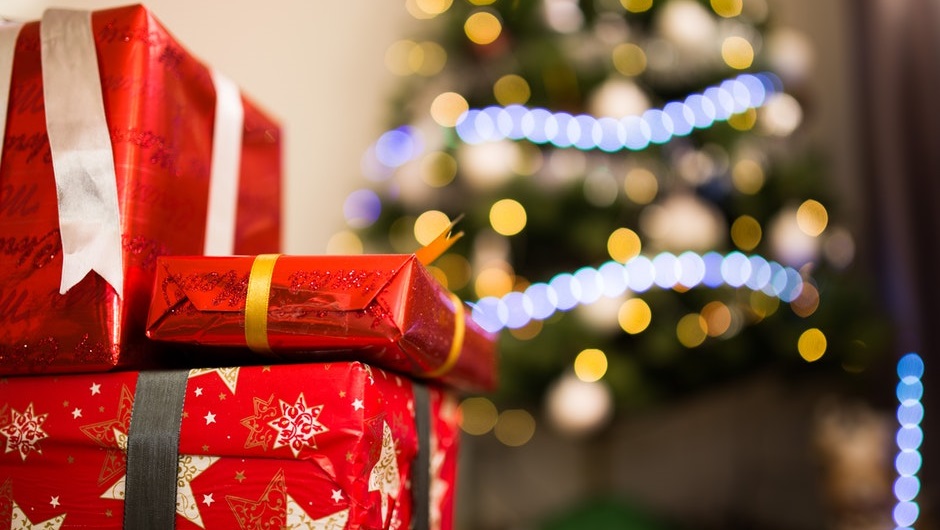 Look, we get it. By this point in the holiday shopping season, you've seen so many gift guides that your nose is started to bleed just like this Eleven-themed candle holder that would also make a great gift for your weird Stranger Things-obsessed friend.

And we'll get right back to our gadget gift guides in a second, too. But for now, take a break to feast your eyes on this quick look at the absolute worst gadgets that will wind up beneath Christmas trees across the nation this year.

The data behind the worst gadgets of 2017 comes from Giftcards.com, which polled 1,000 shopping Americans to find out which ones want what. The results, ranked by generational differences, include the worst and the best. You can check them out in the infographic below, but the top result is clear: No one wants smart pens.

While plenty of internet-connected devices are preferable — Smartphones, smart TVs and Alexa-style personal assistants all made the “best” list — apparently the smart pen is a bridge too far. It landed at the first result across Millennials, Gen Xers, and Baby Boomers alike, standing at 21 percent, 16 percent, and 18 percent, respectively.

Interestingly, drones are on the list of the worst gadgets, a result that appears to go against earlier data TechCo reported on from CES, that drones are among the popular tech gifts this season. If you're planning a drone present, perhaps consider whether your friend is a huge tech head who's likely to enjoy figuring out how to fly it.

Also of interest: One entry, labeled “health monitor like FitBit,” was both ranked as a mid-tier worst gift and clocked in low on best gift list. It appears that the unassuming FitBit is almost as controversial among Americans as their politics. 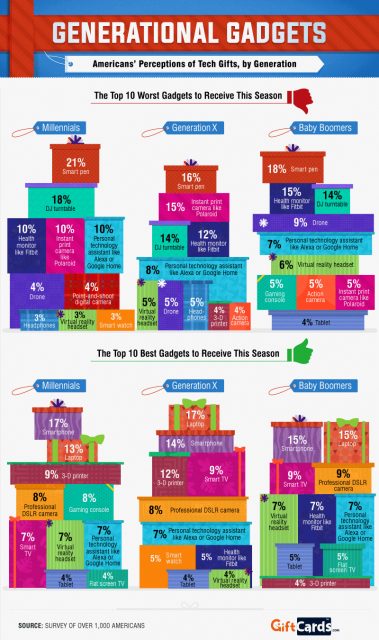 Read more about gifts, gifts, and more gifts on TechCo