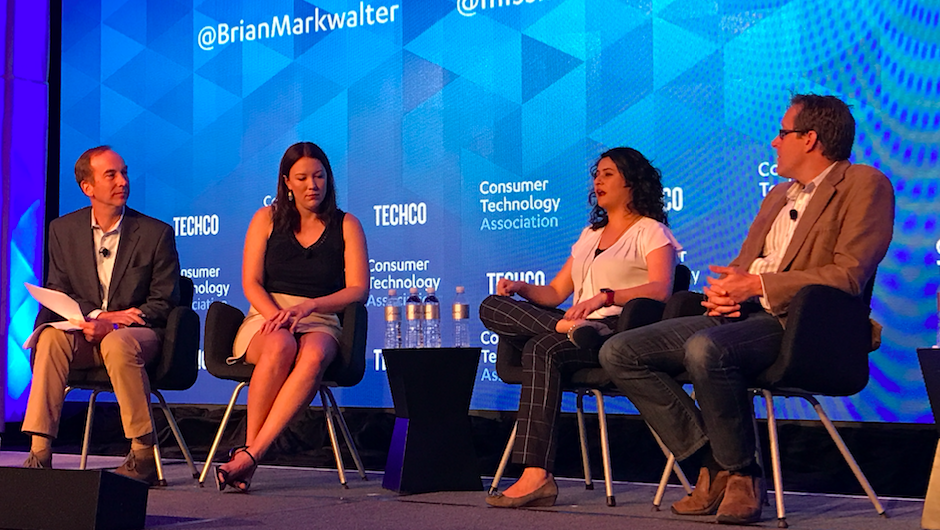 Virtual reality has been a popular topic of discussion around the world, and Innovate! and Celebrate is no different. As the conference enters its final day, Brian Markwalter, senior vice president of research and standards for Consumer Technology Association (CTA), lead a talk on the future of virtual reality in the consumer sector and how a paradigm shift is coming thanks to this budding technology.

VR Will Shift the Paradigm

The discussion was more than informative on virtual reality's rise to success. These panelists had a wide variety of pertinent experience that allowed them to elaborate on where VR was going, who was the most involved in the production and development, and what the major pitfalls were for future builders of this technology. And the biggest takeaway had to be that the world was going to change soon because of it.

“We need to start preparing for a major paradigm shift,” said Alisha Seam.

For years, the only logical application for virtual reality was gaming. Whether it was the gigantic VR devices found in 1980s arcades or the Oculus Rift, developers were putting all their energy into the gaming industry. But with recent developments in the technology, and the realization that it can accomplish much more, virtual reality has entered a new era of applications. And that's good for everyone.

“While gaming is a major focus, there’s so much more in the field that will let VR make a huge impact,” said Liv Erickson. “When I think about the industry in this new resurgence, I think about VR becoming the new computing platforms. Maybe this will be the way you do your job. Maybe it’ll be the way you can visualize code or debug things or create new 3D models.”

The virtual reality landscape appears to growing at an exponential rate. While many assumed it would continue to falter until consumers got on board, dozens of other industries are taking the development of this technology seriously and putting it to good use in their own special way. From doctors using it for training purposes to teachers making education more immersive, there are endless uses that are currently in development. And entertainment is no different.

The key, emphasized the panel, is that virtual reality is still in the stage of being a burden. From gigantic headsets to PC-linked devices, you can't enjoy the experience, as it is commonly referred to, without a lot of hardware. But this isn't going to be the case forever. Eventually, virtual reality is going to be integrated into our everyday life. And that's going to be pretty cool.

“Soon, we’ll just start using it, rather than thinking about it,” said Liv Erickson.

Check out the entire panel discussion on virtual reality at Innovate! and Celebrate below: