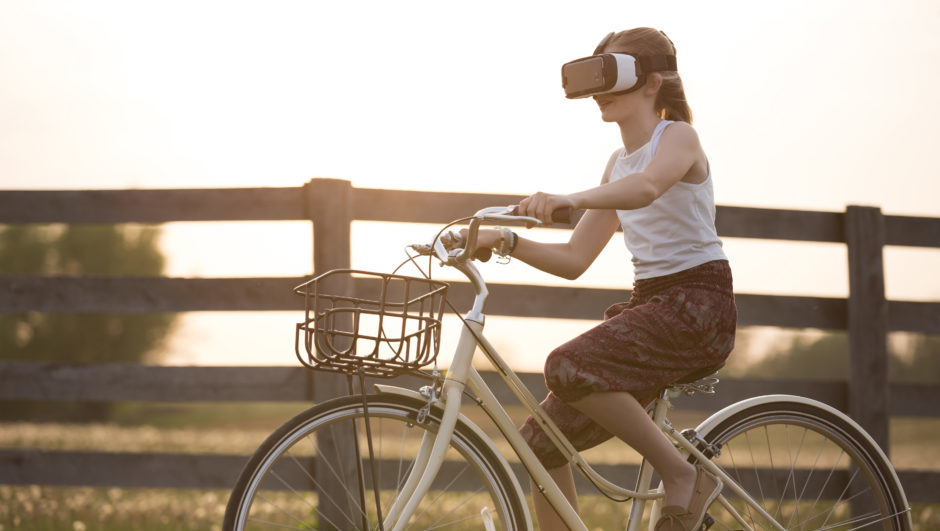 A recent episode from the hit Netflix series of Black Mirror offered a terrifying glimpse at the future of gaming. In the episode, the ultimate augmented reality device is an implant, layering lifelike images and sounds upon the host’s perception of their surroundings. The experiment starts simply enough with a retro 8-bit whack-a-mole game. But soon horror abounds, as the game custom-generates content based upon the player’s deepest fears.

It’s a promise of the incredible, sci-fi future of immersive entertainment, but there’s also a critical undercurrent about ceding control of our senses to game designers and developers. The concern is that it could go too far. particularly for mediums like virtual reality and augmented reality, which haven’t yet widely adopted self-policing ethical standards. Is it time for the burgeoning VR industry to adopt a moral code?

How Do We Experience Virtual Reality?

This year, headsets like Oculus Rift and HTC Vive hit the market, while even the most tech-averse people were engrossed in the augmented reality hit, Pokémon Go. On the face of it, these games offer an opportunity for escapism. As we move into an era of ultra-high-resolution displays and advanced AI, it’s possible to create some very real virtual worlds.

There’s a wealth of opportunities beyond the gaming world too. Virtual environments provide new ground for targeted advertising, and studies have shown various ways in which VR technologies might be used to influence consumer behaviour.

“Unlike any other medium of brand communication, [virtual reality] can fully immerse participants in a bespoke world and forge an original and long-lasting personal connection,” said a rep from VR production company Rewind.

Virtual reality production is unrivaled in its capacity to construct environments within a brand’s vision, allowing audiences to inhabit them. Elsewhere, VR is being used in judicial scenarios for reconstructions, with one digital imaging expert opining that “within five to ten years, virtual reality will become a standard tool for police all over the world because it's a way to make scenes of crime accessible even years later.”

What Are the Ethical Concerns of Virtual Reality?

On the first, they note users are “no longer affected by extreme acts of behaviour such as violence and fail to show empathy or compassion as a result.” In light of the potential for lasting psychological impact during and after a virtual reality experience, campaigners have argued for age restrictions on popular games, on the basis that violent video games make children more aggressive. While the argument was ultimately dismissed, violent gaming personas were found to be a risk factor for antisocial and criminal behaviors.

So when does a game stop being a game? The authors of one report are particularly wary of VR’s military applications (which are already in use), and its potential as a novel torture device or a means of decreasing a soldier’s empathy for the enemy.

Where the VRS concern themselves with “whether a virtual reality participant can experience pain, distress or other emotions associated with a criminal act,” so too must we consider how virtual criminality becomes real.

Unfortunately, virtual reality has broadened the types of crimes occurring within its cyberspace. Criminal activity involving sexual harassment and assault are among those most seriously discussed. In 2015, Linden Labs faced a scandal where users had modified their avatars to resemble children, creating their own cyber world of pedophilia. In the words of one legal expert, it’s going to be an interesting few years while the law catches up with technology.

Do experiences that remain in the private realm of someone’s brain warrant any rules or regulations by society as a whole? In open, democratic societies, VR regulations should surely be guided by a general principle of liberalism: the individual’s autonomy in dealing with their own brain and in choosing their own desired states of mind.

The opportunity for sensory takeover gives developers tremendous scope to alter a user’s reality. It’s an idea that both will need to grapple with as AR and VR become a bigger part of our daily lives.

Determining the rightful boundaries of human experience in VR is therefore challenging. How do we restrict the freedom of individuals intelligently so that the interests of others are not harmed? Should crime in VR be made illegal? For now, it seems, there are more questions than answers.