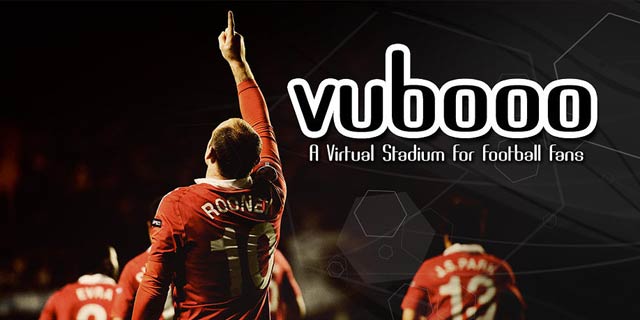 Major sport matches draw tens of thousands of fans to the stadium to support their team. In many cases, for each fan attending the game, there are over a thousand fans watching the game at home, wishing they could be there. Vubooo, an early stage Israeli startup, is aiming to allow sport fans to take part in an interactive social experience during match time.

“As fanatic soccer fans, we found ourselves very frustrated being unable to attend the most exciting games,” said Itav Topaz, Vubooo Co-Founder and CEO, “so we came up with the idea to connect fans during matches, wherever they are.”

The company has developed a free Android app, which is a virtual stadium for fans who aren't present at the game. The app enables fans to cheer, shout, express their feelings regarding match events at the very moment they occur and share with other fans in the virtual stadium and on their social networks. Users can check-in to matches and receive push notifications in real-time whenever something happens in the game. When notified, users can post their thoughts as well as share them directly to Facebook and Twitter.
Vubooo was founded in 2011 by Topaz and Alon Har-Tal and is based in Tel-Aviv. The company raised a $250K seed investment from angel investors and launched the app on Google Play (Android Market) in January. Vubooo is currently working on forming strategic partnerships with teams as part of their business model. “Vubooo will enable teams to offer game tickets to fans using geo-location, spot engaged fans, connect with their fans sell and sell merchandise to fans who are watching the game at home.”

Recent surveys show that “second screens” are becoming a real trend with 39% of consumers using their phones while watching TV and even higher rates among tablet owners. With over 20,000 downloads in the first 3 months and an average rating of 4.7 stars, it seems that Vubooo is managing to enhance the fans' experience during match time.

Soccer fans have something to look forward to as Vubooo is soon rolling out a version dedicated to the UEFA EURO 2012 Tournament, which will serve as a virtual stadium for the whole tournament.

Matan Talmi is an entrepreneur based out of Tel-Aviv, and covers Israeli start-ups. Matan is Co-founder & CEO at Drippler, a mobile startup. When he's not working or blogging, Matan listens to music and also DJs every now and then. Follow him on Twitter at @talmixed