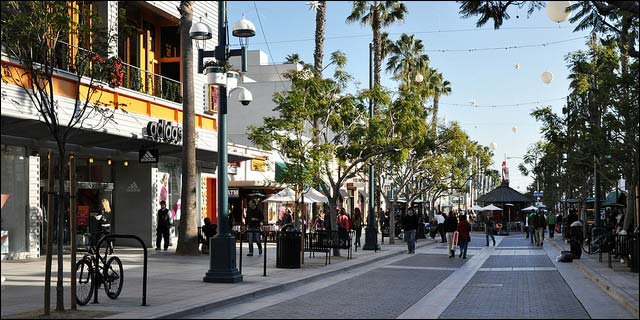 Apple's announcement in September regarding the 2015 launch of the Apple Watch has some pundits wondering if the tech giant can do for wearable tech what it did for the MP3 player and smartphone: create a must-have consumer device out of a fledgling, yet promising, product line. I think the more interesting question is, if the Apple Watch is a consumer hit — and I believe it will be — could it change the way people choose to get around and ultimately transform the built environment? In essence, is this what it takes to transform a metropolis into a walkable city?

I'll explain why I believe these things are possible, but first a disclaimer: I'm a closet tech geek, and an Apple fan. I love gadgets, and tend to prefer those created by America’s number one-tech company.

Nevertheless, my enthusiasm is tempered by a modest amount of skepticism and paranoia. I routinely ask myself, “Is this one step closer to the singularity?” and “Will this new product further erode my privacy?” When it comes to tech these days, the answer to both of these questions is usually, “heck yeah.” I'm also cautious with my resources. When a new product line is released like fitness trackers (a subset of wearable tech), I tend to sit back and wait for public opinion to shake out before I dive in. In other words, I'm an early-ish adopter.

This was certainly the case with my first wearable device, the Fitbit Flex. I waited until there was a certain amount of market penetration prior to handing over my hard-earned $100. And I made this determination unscientifically, based on the number of these devices on the wrists of my friends and colleagues.

I have not been disappointed. The Fitbit Flex, while a decidedly first-generation device, is a delight to use and wear. It's comfortable and unobtrusive. I remove it only to recharge it every four or five days. It works in the background, syncing wirelessly and automatically with my smartphone. In fact, it requires little to no interaction on my part in order to operate.

Like other fitness trackers, the Fitbit motivates the wearer to engage in physical activity, primarily walking. It records steps using an accelerometer, and LED lights display progress towards a daily goal of 10,000 steps. When the user reaches this goal, the device vibrates and displays a series of dancing LEDs. It's a surprisingly effective reward mechanism.

According to my calculations, 10,000 daily steps roughly equals four miles walked, and usually encompasses the minimum 30 minutes of moderate, continuous aerobic activity that is recommended by the Surgeon General and American Heart Association.

While the Fitbit Flex conveys a minimal amount of information via the LEDs on the device, a wealth of additional data is accessible via its smartphone app or online. This includes sleep patterns, graphs of activity over time, calories burned, weight fluctuations, and dietary trends. (Since these last two pieces of information require manual data entry, I must admit I seldom use these features.)

You can compare your steps with your friends, cheering and taunting them, when appropriate. Every app needs to be “social” nowadays, after all.

And it works. I've been using the device for four months now, and it continues to motivate me to engage in physical activity. By way of contrast, the gym holds my interest for a month or so at best.

What's most interesting about this little rubber wristband and the computer it contains, however, is that the Fitbit Flex has me contemplating quality of place and walkability in a new way.

For instance, it's hard not to draw comparisons between how much I've walked in different cities:

The personal data I've collected is a good demonstration of what planners understand about walkability — that getting people to walk depends upon the following factors:

It's also easier to get people to walk to the extent that it's more difficult or costly to drive. Washington and New York's high walkability scores in a recent Smart Growth America report, for instance, can't be divorced from the fact that owning a car in these cities is extremely costly.

Poquoson, on the other hand, is a prototypical American suburb. Without public transportation or even sidewalks on most streets, car ownership is incentivized by land use policy in that it’s impractical to perform errands or take trips in any other manner. Its Walk Score of 13 (out of a 100) bears out my experience that it is not a walkable city.

And that's where my hopes for the Apple Watch come into play. If any company can create demand for a promising product, it's Apple. As the Apple Watch takes off next year, it has the potential to educate people about the correlation between the built environment, activity levels, and overall health.

The Apple Watch could, therefore, increase the already pent-up demand for mixed-use, walkable places. It could be another device that, along with numerous other technological innovations, causes a change in land-use policy to favor mixed-use, walkable, transit-oriented development.

Not everyone is so taken with these devices. Technology reporter Leo Laporte has referred to fitness trackers as “fancy pedometers” more than once on his Tech Guy podcast. Several of my colleagues share the same opinion.

When it comes to releasing data recorded from these devices, most fitness-tracker manufacturers have been playing it safe amidst privacy concerns, releasing only innocuous information such as sleep disrupted by earthquakes and states with the most night owls.

Lifehacker has warned against reading too much into the data these devices provide, anyway, saying they have a tendency to overestimate steps taken. My own personal experience admittedly bears this out. Errant wrist vibrations do seem to record a step or two even when I am sedentary.

Apple itself makes no claim that its watch will transform the built environment, focusing its marketing (see above video) on the device's potential to transform users' health. Apple's own track record, in fact, has been mixed when it comes to walkability and transportation demand management (see, for instance, the takedown of their new headquarters on our website).

The market penetration of wearables is still relatively low, estimated at 17 million to be sold in 2014 by market research firm Canalys. If Apple has its way, the release of the Apple Watch will improve these numbers, leading to mass-consumer acceptance of these devices.

If any company is up to this task, it’s the creator of the iPhone. Says Time magazine, “Apple creates demand for things that there previously was no demand for. It takes products we never wanted and convinces us we can't live without them.”

So while Google is taking its chances on computerized glasses (I'll pass, thanks), Apple has its eyes set on a much more transformative technology. The Apple Watch, according to promotional ads for the product, will help people “live a better day and a healthier life.”

Add “Influence the creation of more livable, walkable communities” to the list.