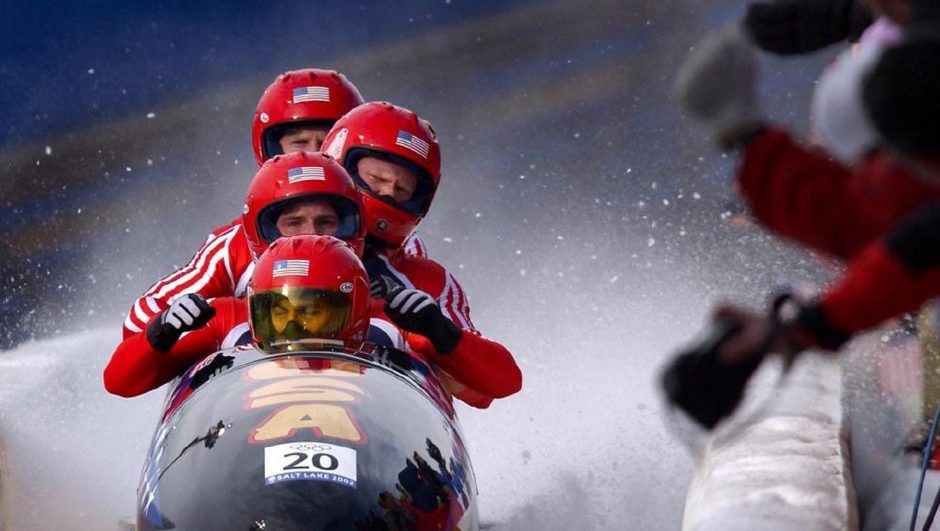 As easily the longest running sporting event in the history of the world, the Olympics have decidedly evolved over the course of time. For one, no one competes in the nude any more, which we can all be thankful for. But as the 2018 Winter Olympics in Pyeongchang kick off, understanding how technology has played a role in the progression of the Games is just as important as understanding the athletes.

However, in recent years, innovation has taken a new form at the Olympics: wearables. And everyone from bobsledders to curlers are going to be fitted with a wide range of devices designed to improve their performance, hone their training, and generally make the Games a little more exciting.

With such a prolific team and an even more impressive track record, you'd think Team USA would have a huge collaboration of researchers and scientists working around the clock in a special laboratory to produce the most innovative tech for their athletes. However, while the U.S. Olympic Committee takes their innovative ideas seriously, they don't have a laboratory per se. They've just got a guy.

From his home in Cupertino, Mounir Zok designs and produces a wide range of wearables for Team USA. The biomedical engineer, along with a team of engineers and specialists, has been on the side of the U.S. since 2012, after receiving a job offer from the USOC to work on their technology. And he takes it pretty seriously.

“Just like a butterfly can never be a caterpillar again,” said Zok to Bloomberg. “Once an athlete starts using technology to peak when she wants to peak, limit injuries, and maximize performance, she can never go back to just intuitive training.”

Thanks to one of his innovations for the U.S. women's cycling team (augmented reality glasses with real-time performance metrics), they were able to take home the silver in the 2016 Summer Olympics. And the tech, says Zok, is a real difference maker.

“I call it the one percent question,” said Zok in the same interview. “Olympic events typically come down to a one percent advantage. So what’s the one question that, if we can provide an answer, will give our athletes that one percent edge?”

While most of the wearables will be designed by Zok and his team, there are a few other instances of larger companies getting in on the fun. Take a look at some of the wearables that will be worn at the 2018 Winter Olympics this year.

The Zok team does account for most of the tech being used by individuals on Team USA. This year in particular, there has been a bevy of innovations that could see Team USA taking some serious gold in events like luge, skiing, and speed skating.

For one, Zok's team has created a virtual reality ski software that allows skiers to navigate the treacherous terrain they will see in Pyeongchang. Additionally, they have thoroughly analyzed ice conditions so that skaters will know exactly what they're in for when they hit the rink. As for the rest of his tech, Zok keeps his secrets pretty close to his chest, for fear of them falling into the wrong hands. And with competition at an all time high, who could blame him?

Zok isn't the only one getting in on the fun though, and neither is Team USA. Dutch speed skaters Sjinkie Knegt and Suzanne Schulting will have the pleasure of wearing the Samsung SmartSuit during practice, allowing them to see the metrics they need to truly hone their skills. The custom suits are filled with sensors that allow their coach access to analytics via his smart phone. 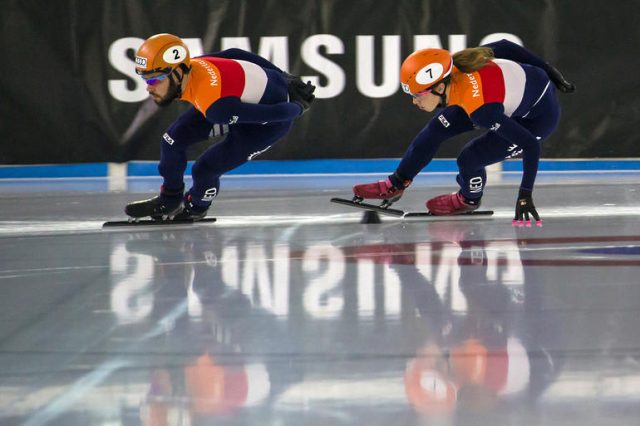 The suits in questions are specifically measuring posture. Because speed skating is so heavily reliant on how close they are to the ice, the suits can alert their coach if they are slouching too much or vice versa. He can then use the app to send a vibration to the suits so Schulting and Knegt can self-correct without interrupting the work out.

Winter Olympians have to endure one thing that Summer Olympians don't: the cold. Fortunately, Ralph Lauren has decided that Team USA shouldn't be shaking in their boots before their big events, which is why they've designed uniforms that include a parka with an exclusive heating system designed to keep them warm.

Equipped with slim battery packs, the parkas can be controlled with Team USA's smartphones to heat them up as much as they need. With three different settings and an 11-hour battery life, athletes won't have to worry about the cold getting to them at all. And, thanks to the impressive technology, there's no waiting time for the heat to kick in; it's noticeably immediate.

To spread the Olympic spirit, Ralph Lauren will also be donating $1 to the Olympic Committee for every photo of the parkas with the hashtag #HeatTheWayForTeamUSA. The parkas were also available for consumers to purchase online, but they sold out almost immediately.

Athletes aren't the only ones that will be equipped with wearables during the 2018 Winter Olympics. Thanks to Visa, attendees will be able to leave their wallets at home. The credit card company will be selling contactless payment-enabled devices that will allow you to purchase food, souvenirs, and pretty much anything else you can think of. 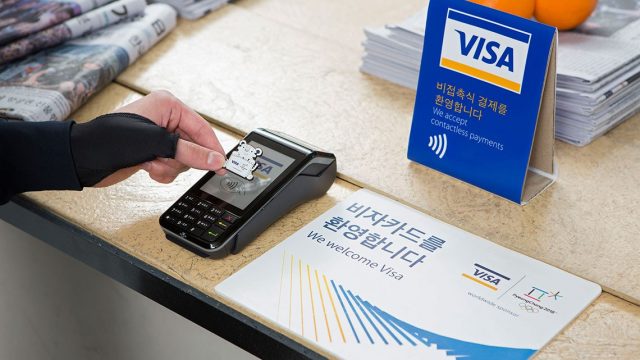 With more than 1,000 contactless payment terminals located around the Winter Olympics arena, fans will feel like they're in on the action of innovative tech at the Games. The enabled devices in question include gloves, which will be perfect for the subzero temperatures in Pyeongchang, stickers, and the fan favorite Olympic pins, which have some athletes more than a little excited.

“It is important to me, as a Winter Olympian, to work with a brand like Visa that not only supports a diverse group of athletes, but also enables an enhanced fan experience for those at The Games,” said Mikaela Shiffrin, USA Olympic gold medalist in alpine skiing. “Olympic pins are always the most coveted collectibles, these Visa pins really up the ante.”

The 2018 Winter Olympics in Pyeongchang are poised to be one of the most innovative yet. The real question is, will all this added tech be enough to push some athletes over the edge of glory? You'll have to see as the games are now in full swing!

Read more about the intersection of sports and tech on TechCo