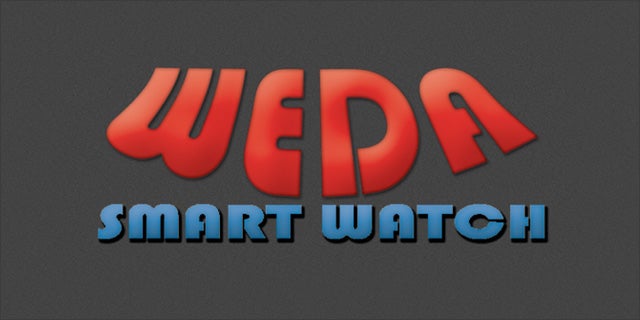 We have all seen the kiosks at the mall that sell the LED shirts; they respond to music or scroll message banners. Wearable, digital technology is becoming trendy, and Lance and Jerry Seidman, cofounders of Wearing Digital, want to get in the game.

The father-son team began their foray into digital wearable products by making t-shirts that featured 1080p-capable video panels. However, Seidman recognized that the market was shifting towards a different sort of wearable: smart watches.

“My dad routinely misses phone calls and texts because he is hard of hearing,” explains Seidman. The initial smart watch designs incorporate vibration and light flash functions so people are made completely aware of an incoming call, message, or email. Also, while companies like Pebble and Sony offer smart watches tied to Android or iOS platforms,  Seidman designed his watch on an open platform.

Being created to operate on an open platform allows his smart watch, The Wearable Electronic Device for Applications (WEDA), to pair with any device on any platform via Bluetooth. Also, since it is built on an open platform, developers can freely build apps, programs, and hardware that work on top of the WEDA.

“I wanted to provide users with a simple, easy-to-use opportunity to create without restriction,” says Seidman.

Users write program codes on their native device, and then push the code to the WEDA. The watch contains eight megabytes of onboard storage for basic coding – and since most programs are measured in bytes, there is little fear of the space ever running out.

The WEDA has a built-in accelerometer, barometer, and GPS function, and after some modification it can be used for data logging purposes as well. For example, you can activate the GPS, mark your latitude and longitude, and then push the data to your smartphone to update your Foursquare account.

The display of the smart watch is flexible and bendable, and the watch strap is actually a slap band bracelet. The WEDA is also water resistant, but not waterproof. This all dramatically reduces the cost of the device.

Seidman wants to take the WEDA further than just an open platform smartwatch though. He has pending partnerships with K-12 school districts in the hopes that his product can inspire a boost to computer science and programming studies.

“If we can get students to write even three lines of code a day, then we can help expand the popularity of these programs,” says Seidman. “It is getting easier every day to program, but also more important.”

Wearing Digital was a showcased startup at Tech Cocktail Week in April.