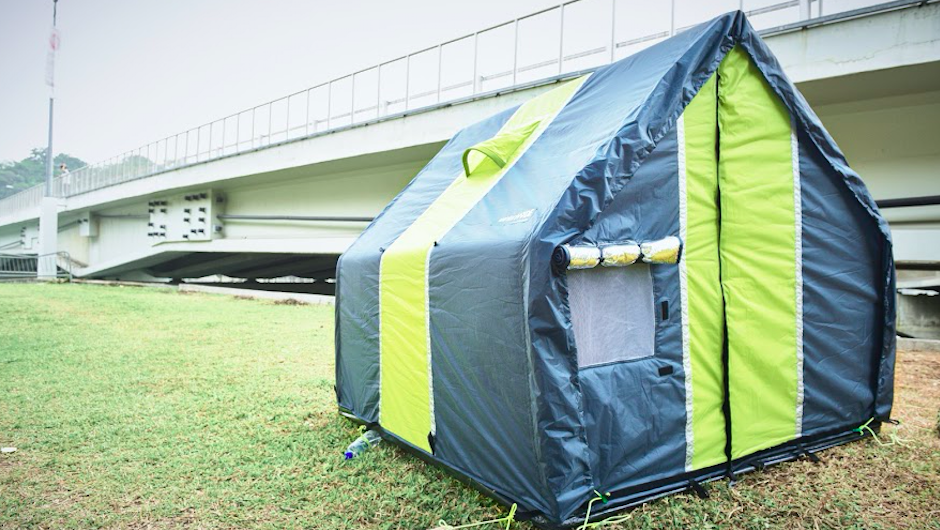 Between the refugee crisis and homelessness, too many people are forced to sleep outdoors on a nightly basis. From Indian to Singapore to the United States of America, millions of people are enduring sordid conditions because of a lack of options when it comes to sheltering the homeless. But with one revolutionary campaign, one company is seeking to change the way the world provides shelter to those in need.

The Singapore-based company, billionBricks, has released a product named WeatherHYDE. This life-saving temporary shelter provides the fast, simple, climatically functional and inexpensive solution that homeless people need to endure the stress of hot weather, cold temperatures, and hectic life outside of a home. With a simple flipping of the insulation blanket, you can turn the tent from a cold weather haven to a warm weather oasis.

The need for this kind of product is more than obvious. There are more than 33 million homeless people all over the world who have no protection from life-threatening extreme weather conditions. With many unable to survive the harsh winters or summers, the rate of death in certain environments can be as high as 120 people per hour.

If you are interested in purchasing a tent for yourself, the company implores you to contribute to the world around you. They're offering a discounted price when you buy two tents so that you can send a WeatherHYDE to a family in need in India or other South East Asia countries.

A Kickstarter campaign has been launched by billionBricks in hopes of raising enough funding for WeatherHYDE to implement these life-saving shelters around the world. With a little over a month to go, they are still in need of more backers before they can reach their goal. If you are interested in making a difference for homeless people around the world, back this campaign today.