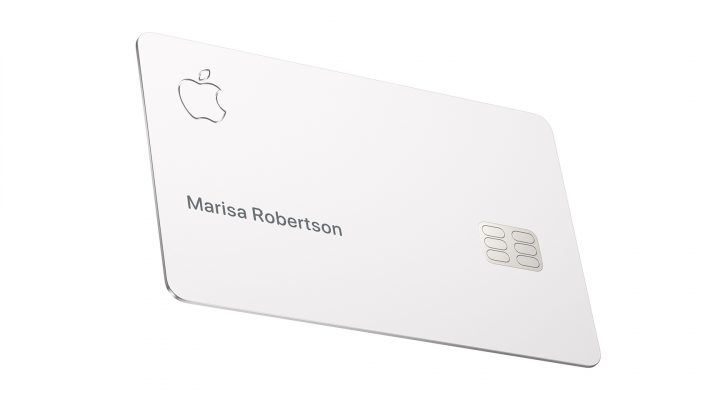 A year ago today, Apple announced its first ever credit card — the Apple Card.

The tech world responded breathlessly, as it was a truly unprecedented move. However, since then, we've heard precious little about the Apple Card — no adverts, no news, no expansion of the program.

So, what happened to the Apple Card?

When the Apple Card was announced on March 25 2019, the world was genuinely shocked. The reveal video has racked-up more than 25 million views on YouTube.

The Verge called it “a perfect example of Apple's post-iPhone strategy,” while Business Insider and Forbes described it as the perfect status symbol for “millennials” and “hipsters.”

Of course, not everyone thought the Apple Card was all that. Twitter users derided it as a Magnesis card redux — Magnesis was the first project of infamous Fyre Festival founder Billy McFarland.

In fact, the heat around the Apple Card died pretty quickly when it emerged that people wouldn't actually be able to get their shiny metal status symbol until later in the year.

Lack of interest, however, would be the least of the Apple Card's problems by the time it was actually released.

The Apple Card didn't have an immaculate conception. As was reported at the time of its launch, the physical card itself wouldn't support contactless payments — you'd have to use your iPhone for that.

What's more, some criticized the Card's low cashback rates. You get 1% when using the physical card, 2% on all purchases made with Apple Pay, and 3% when you buy Apple goods or goods from selected partners. Sure, the 12.74%-23.74% interest rates were low, but they weren't much lower than similar products on the market.

Accusations of sexism and bias during the Card application process were thrown at Apple, next. Even Apple co-founder Steve Wozniak claimed that he was offered a credit limit ten times higher than his wife, despite sharing the same assets and accounts.

Apple refused to offer any response to these allegations, instead leaving the crisis PR to the Card's issuing bank, Goldman Sachs.

We hear you #AppleCard pic.twitter.com/rPSjWNXhh9

Of course, while Apple may have tried to distance itself from the brouhaha, in the minds of the general public, it didn't matter that the applications were handled by Goldman Sachs. It was the Apple Card.

Has the Apple Card Been a Success?

Well, it's difficult to say.

We've tried to contact Apple for some more information on the Card but it has ignored our messages. We've spoken to Goldman Sachs, and it has said that it won't disclose the number of accounts. We also asked Goldman whether it would be able to share any information about potential expansion outside the US, and it told us to speak to Apple.

Fortunately, market research company Cornerstone Advisors has been able to shine some light on the card's success. It reckons that around 3.1 million people have signed up for the card — that sounds a lot but represents just over 2% of all US adults with a credit card. Admittedly, it has only been a year since the card was launched but, given the amount of hype surrounding the card, we'd perhaps expect the numbers to be slightly higher.

Similarly, when Apple launched the Card, it said its partnership with Mastercard would “provide cardholders the ability to shop at merchants around the globe.” However, only Apple users in the US have been able to apply for the Card — it hasn't even reached Canada. In a press release dated August 20, Apple announced that the Card would be available “today for all US customers.” Clearly, there were plans for a wider release somewhere down the line.

Apple itself has barely mentioned the Card publicly since its launch. It sent an email to card holders this month saying that they could skip their March payments without incurring interest fees to help with any coronavirus problems they may be facing. However, Apple has only issued one formal press release about the card since it was revealed — the one on August 20 announcing it's release to US customers.

It's clear that Apple is at least committed to supporting users. However, it's surprising that the card hasn't become available in more regions — particularly so given that Apple Pay underpins some of the company's most enterprising new projects such as Apple News Plus, TV Plus, and Arcade.