Christmas Eve is upon us and Santa Claus is already getting his work done as he does the impossible by delivering toys and joy to children across the globe in just one night. The North American Aerospace Defense Command (NORAD), a joint organization of Canada and the United States that provides aerospace warning, air sovereignty, and defense for the two countries, has been tracking Santa Claus's flights since 1955. Today, NORAD Tracks Santa leveraging a few different technologies from Google Maps to Twitter and Facebook and we wanted to share them with you so you could also follow along.

Track Santa on Google Maps
Follow Santa on a Google Map as he travels the globe. 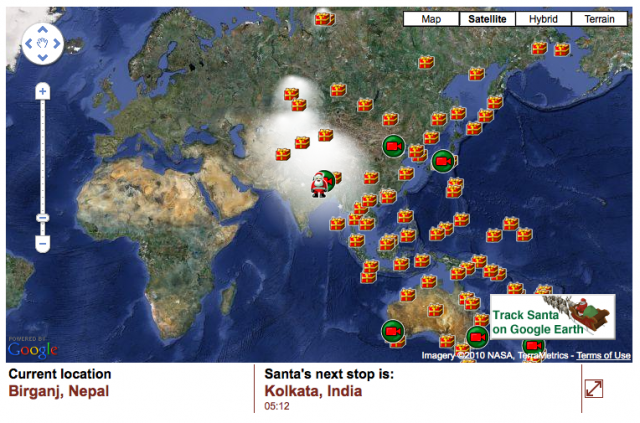 Track Santa on Google Earth
Watch Santa Claus in 3D as he flies over the Earth thanks to Google Earth. 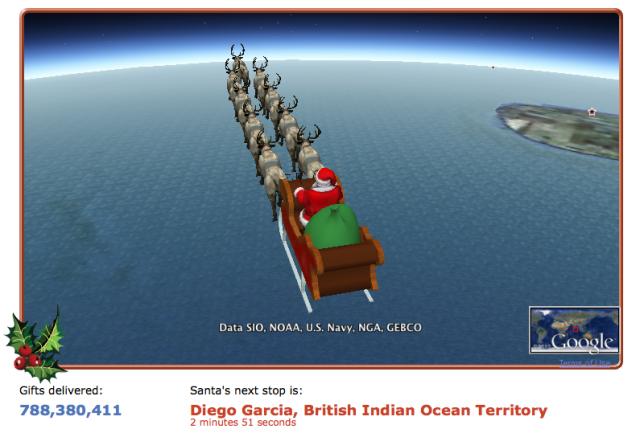 Track Santa on Google Mobile
Open Google Maps for mobile and do a search for “Santa” to see his latest location while you are on the go running those last minute errands on Christmas Eve.

Track Santa on YouTube
NORAD is updating the NORAD YouTube channel with videos from some of the various stops along the way. Enjoy watching Santa as he delivers gifts to all the land just like the video below.

Finally, you can track Santa via Facebook on the NORAD Facebook Fan page which has over half a million fans. Or you could try following Santa on Twitter by following @noradsanta which has about 44K followers.

NORAD is a pretty impressive organization and has done a great job leveraging a number of different technologies to share the Santa's Christmas journey. I would have loved to have been able to track Santa like this when I was a kid. So I am thankful for advances in Web and social technology have made it possible today. :)

Merry Christmas!
I hope all your holiday wishes come true and you enjoy the holiday season with the ones you love.