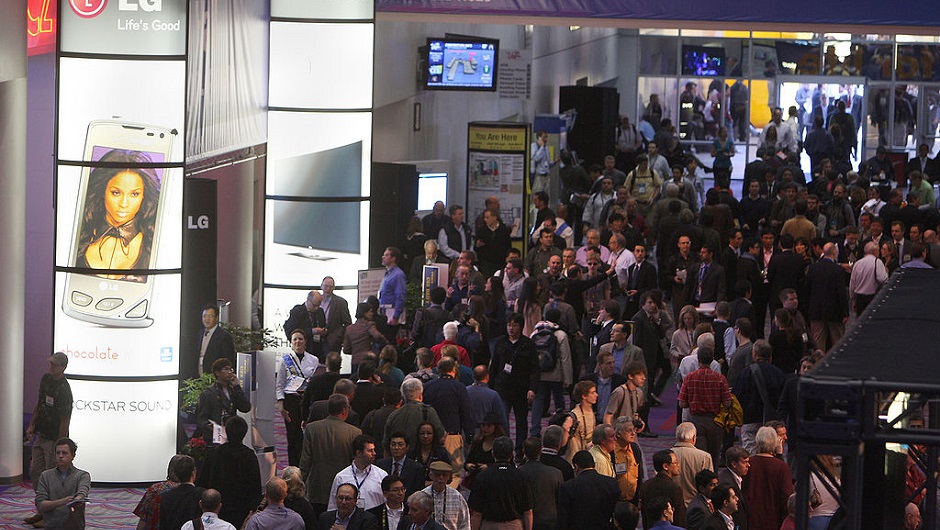 This year's first big tech get together is already upon us: The Consumer Electronics Show is gearing up at Las Vegas, NV, and will run from January 5 to 8 in 2017. For those in need of a practical rundown on the event, there's no better place to start than at CES' flagship location, Eureka Park. Here's what you need to know.

This year's event is a special one: It marks a total of fifty since CES began back in 1967. Last year's event brought 177,393 attendees to Las Vegas for showcases from 3,887 exhibitors who filled 2.47 million square feet of exhibit space, so you could say it's kind of a big deal. Each year, the conference has one main goal: To show off the biggest and best cutting-edge innovations in consumer technology, from computers to VR headsets to water heaters.

The hodgepodge of retailers, government reps, educational institutions and attendees of all stripes naturally leads to plenty of productive networking. But it can be an overwhelming place to tackle, given its millions of moving pieces. Which is why Eureka Park, a marketplace for “homegrown innovation,” is a great place to start.

Since the Park is designed specifically for new ideas and launches for wholly original products, it is the distillation of what CES stands for: Game-changing tech advancement. Take a stroll through the 2017 setup, and you'll find displays for a device that prints your iPhone photos instantly, a Bluetooth-enabled baby sock that can monitor whether the infant is breathing properly or not, and an AI that will scan and identify household items in order to help the visually impaired.

Eureka Park first launched at CES in 2012, but has rapidly established itself as a major marketplace. And it's not just for product displays. While you're there, drop by the Arlington Economic Development's (AED) Startup lounge, which covers the myriad benefits of operating your startup in Arlington. It presents plenty of resources covering the Arlington communities and industries built around business, real estate, or tourism. Their leadership is designed to help startups find their own niche in the world — and find out more about AED's Startup Competition which will be launched at CES.

The driving values behind the AED lounge align with those of CES, as their blog explains:

“As Arlington moves to diversify its business community, conferences like CES put the County in a position to simultaneously learn about the future of technology from experts and innovators. It also gives us a chance to present Arlington as an ideal tech hub ready to support the fastest growing tech companies. Not to mention, the conference provides multiple opportunities to speak directly to key investors, venture capitalists and other potential collaborators.”

So when you show up at CES this year, don't get lost in the massive locations like “Tech East” and “Tech South.” Head to Eureka Park to check out a collage of fascinating applications of new tech.