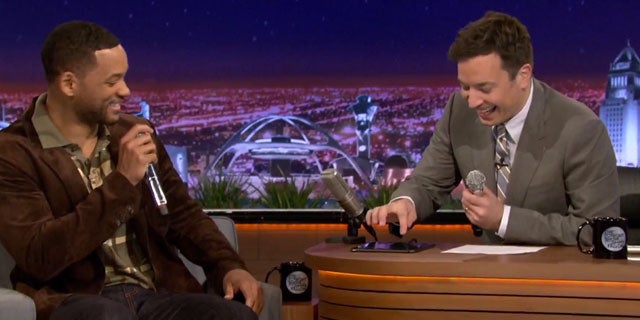 Last night, Jimmy Fallon and Will Smith beatboxed “It Takes Two” on NBC’s Tonight Show, with the help of an iPad app called Loopy. The app loops multiple audio tracks, which allowed Fallon and Smith to get the crowd going without anything else but technology…and their talent, of course.

It's not the first time Fallon has used the Loopy on the show. Last year he sang a duet with Billy Joel that instantly drove the Loopy to N0. 1 on iTunes App Store charts. This time it was no different: Loopy's founder and developer, Michael Tyson, tweeted today that the app is No. 1 again.

It's fair to say that if Fallon likes your app, you've hit marketing gold.  Fallon's popularity has only grown since he started hosting the late night talk show. The show attracted a massive 8.5 million viewers in its first week – the biggest weekly Tonight Show audience in 20 years.  The fact that he used Loopy to rap with a huge celebrity like Smith brings incredible attention to not only Loopy but the possibility of making music using an app. 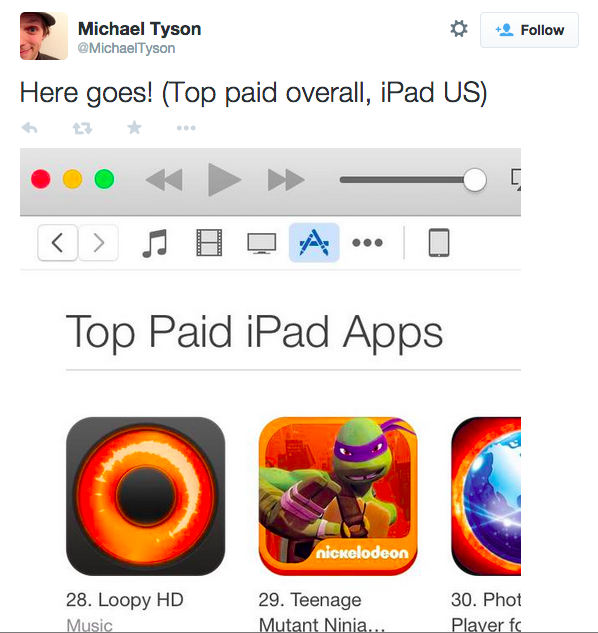 There is a growing number of music apps available for people who want to create music, without having to pay the price for a full production. Now, young artists have access to apps that can help them build a musical portfolio. With some of the apps, the user doesn't need to know a single thing about reading music notation or playing an instrument.

So here is list of some popular apps to make music:

With this app you create music with your touch. No use of piano keyboard or partitions; draw shapes and listen to your piece of music while viewing sounds bouncing on the screen.

Figure gives you drums, bass, and lead synth, controlled by an incredibly easy to use touch interface that gets you sounding great literally in seconds.

This app is for the creative mind who likes to combine sounds with mood to create music. Not as simple as the other apps but definitely worth a try.

GarageBand turns your iPad, iPhone, and iPod Touch into a collection of Touch Instruments and a full-featured recording studio — so you can make music anywhere you go. This is a personal favorite.

4Beats app comes with 270 genuine music samples. If you want to create your own sound, the app guides you through the process.