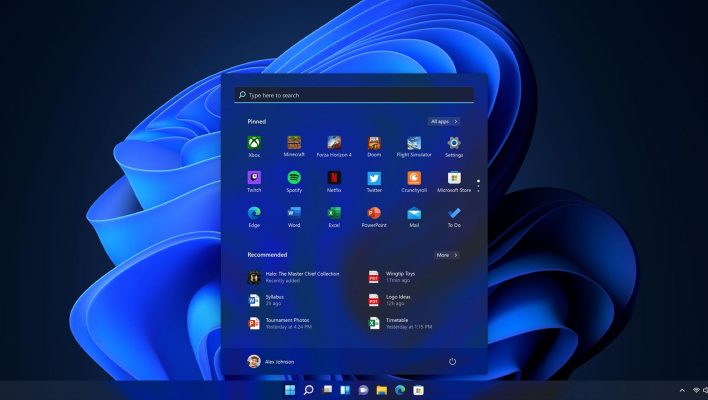 Microsoft's next major operating system release, Windows 11, has been announced. It's the first big upgrade since 2015.

It's nothing revolutionary, but the new system does have some interesting new features and functions. Windows 11 will be arriving around the holiday season this year. Here's what to expect.

Windows 11 is a Free Upgrade

The next iteration of Windows will be rolling out for free to all current users of Windows 10, and will be available through Windows Update so that the transition is as seamless as possible.

The catch is that Windows 11 will come with a few system requirements, and some devices might not be able to support the new OS. Here are the minimum hardware prerequisites you'll need to have:

Granted, that's far from a stretch for most devices these days. Still, Windows 10 is currently operating on 1.3 billion devices worldwide, so at least some users will be left out in the cold.

So what actual new features will everyone who can download Windows 11 get?

The new look is softer, with more rounded edges. One big change is the Start button placement: The new Start button is located on the bottom center of the task bar, rather than the left-hand side.

They've also introduced Snap Layouts, a term for a series of different modes that let you view multiple apps at the same time in a variety of sizes:

The new Start menu will display your most recent files, using cloud and Microsoft 365 locate them even if you were last viewing them on another device. And those files can even be located across platforms, so you can pick up where you left off on your Android or iOS device.

Speaking of Android, some of its apps and mobile games are coming to the redesigned Microsoft Store for the first time, through a partnership with the Amazon Appstore.

“We also announced a partnership with Amazon to bring their catalog of Android apps and games to Windows,” Microsoft explained in a blog post. “Windows customers will be able to discover Android apps in the Microsoft Store, and acquire them through the Amazon Appstore.”

The new Microsoft Store is available for Windows 10 users as well as on Windows 11. When users want to download an app, it's a more streamlined process: They click on a Microsoft Store download badge on their web page to make the Microsoft Store pop up to install the application without any hassle.

It has lower fees, as well. Starting July 28, app developers can add their own commerce platform to their apps and will be able to keep 100% of that revenue. That's a stark contrast to Apple's highly controversial 30% cut of all Apple Store app revenue. 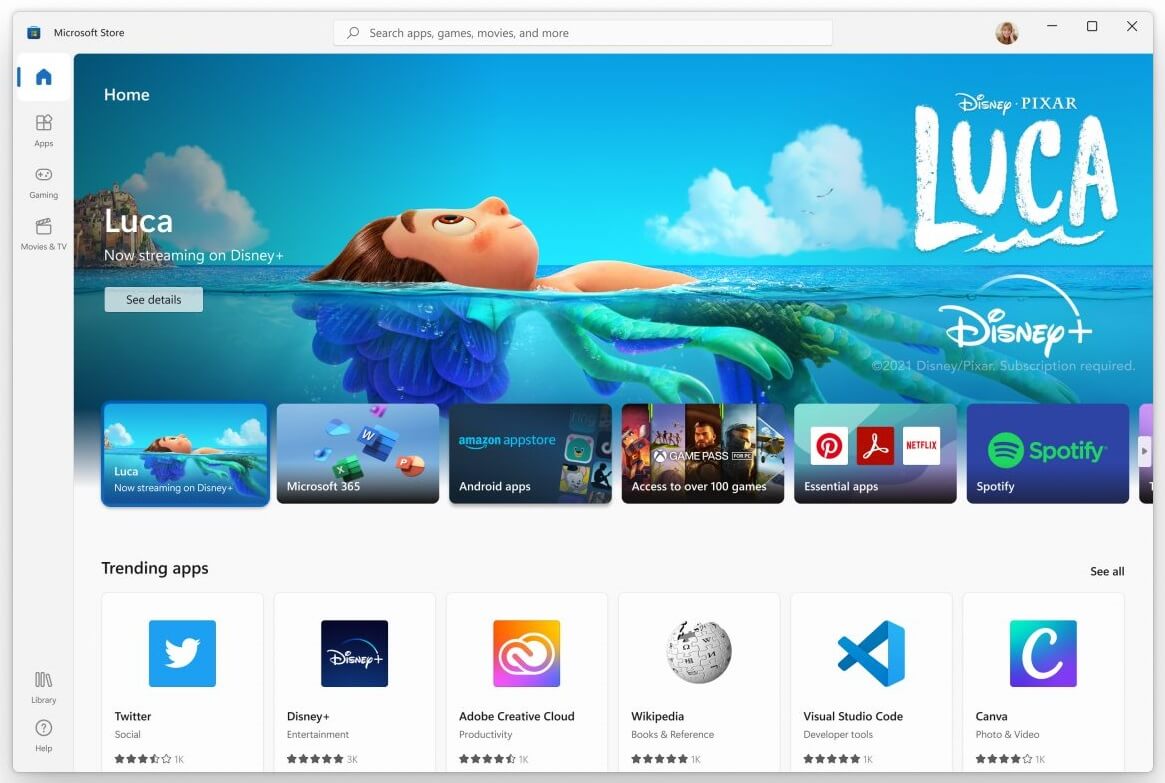 Windows 10 users got Skype. Windows 11 users will get Microsoft Teams.

The video calling service is available directly from the desktop taskbar in the new operating system, in what's just the latest sign that Microsoft Teams will be more deeply integrated in Windows moving forwards. That's in line with their recent upgrades to make the Teams interface more connected and navigable.

The new OS also includes a universal mute button, designed to make a fast mute across all apps. It's the perfect solution to those times you accidentally start a YouTube video during an work meeting.

Commenters are noting that the new OS is an “iterative” update rather than a groundbreaking one. But that's not inherently a bad thing, as Geoff Blaber, CEO at CCS Insight, tells Tech.co about the new release:

“Windows 11 is an iterative release that pinpoints where Windows needs greater ambition rather than introducing the sweeping changes seen with its predecessor. Microsoft is making adjustments to areas that have potential to move the needle on user experience, engagement and the ever-expanding reach of Office 365 apps.”

Interestingly, one of the biggest reveals about Windows 11 was how much more flexible, connected, and open the Microsoft Store is becoming.

“Changes to the Microsoft Store are significant, with Microsoft taking the opportunity to shake up the app economy. Increased flexibility in commerce methods for developers and more generous revenue shares are designed to throw shade on Apple as much as boost the competitiveness of Windows.”

Windows 11 is helping to simplify the process of using the Windows interface in a variety of ways, from adding new functionalities like greater support for Android apps to more integration with Office 365 and Microsoft Teams.

Microsoft appears to be hoping the future of computing is all about interconnected, open ecosystems. Windows 11 is definitely a step in that direction.