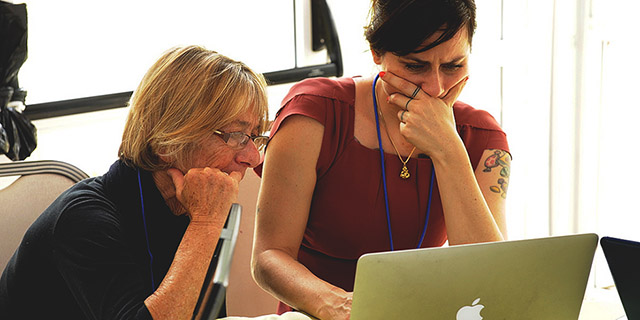 Women in Tech: The Book is hoping to inspire more women to enter the tech world. Currently running a crowdfunding campaign on Kickstarter, the book will be a compilation of chapters by leading women in tech – tech veterans who have started and led tech companies, have worked as developers, or have created initiatives to help other women get involved in the scene.

Created by Tarah Wheeler Van Vlack, the founder and CEO of Seattle, WA-based Fizzmint, Women in Tech: The Book aims to provide a good mix of both career- and skill-building advice in tech. Including herself, the book will feature chapters from various contributors, including Giant Spacekat CEO Brianna Wu, Hackbright Academy vice president and Women 2.0 founder Angie Chang, LinkedIn software engineer Kamilah Taylor, Code Fellows CEO Kristin Toth Smith, and Urbane Security managing partner Erin “SecBarbie” Jacobs. The topics covered in the book will range from founding and leading a company, to game design and how to balance a tech career while being a parent.

We all already know that Silicon Valley and the greater technology industry overall has a major diversity problem; for most tech companies – big or small – white men dominate many of the positions. Even at a large, seemingly diverse company like Google, women only make up 30 percent of its overall workforce. That's not to say, though, that women have very little impact in the tech scene; this isn't the case at all – from the tech hubs of Washington, D.C and Boston, to Portland and San Francisco, women in tech are leading successful tech startups and organizing big initiatives that serve to potentially disrupt the way we operate in the world. Despite such achievements, though, there's this pervasive belief that women in tech simply cannot make it in a male-dominated atmosphere and that there aren't enough resources out there to enable them to transition into the industry. Women in Tech: The Book hopes to dispel those notions and to encourage women to move into technology.

Currently, Women in Tech: The Book has raised a little under $20,000 of it's overall $28,800 Kickstarter goal. With 12 days left in the campaign, successful funding looks promising, especially when you consider that this isn't Wheeler Van Vlack's first Kickstarter. Previously, she's had two successfully funded Kickstarter campaigns: an audiobook of “The Ruins” by Count Volney, and a second for LadyCoders, an all-female tech training seminar.