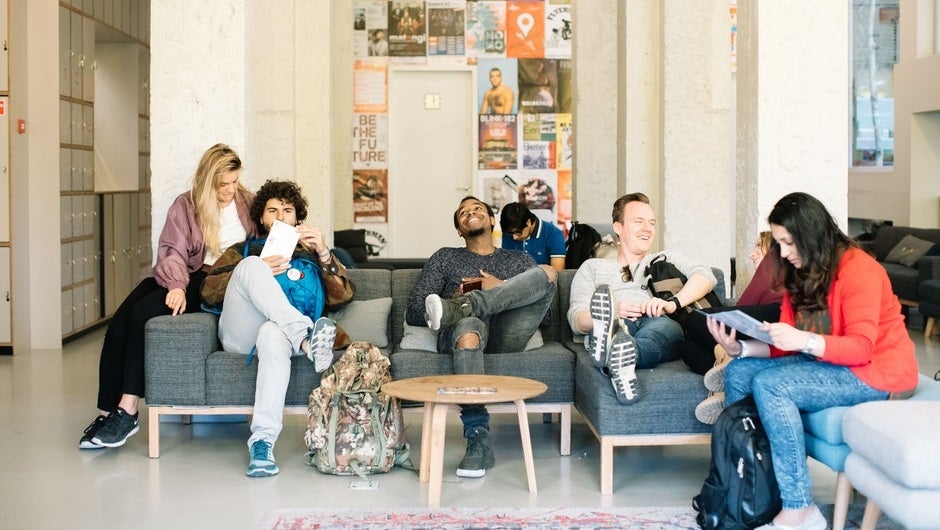 I'm a big fan of back-of-the-envelope math. But when it comes to job fulfillment, one simple math equation doesn't cut it: People with two jobs are definitely not doing twice as well as people with one job.

Of course, this makes sense when you think about it, as those who are working more than one job are likely struggling to make ends meet, and picking up extra jobs in order to simply survive rather than thrive. But one study makes the distinction between the two ways of working even sharper.

After polling more than 1,000 working Americans, Insurance Quotes produced a report comparing the happiness of those working one job with that of those working two or more. Here's what they found. 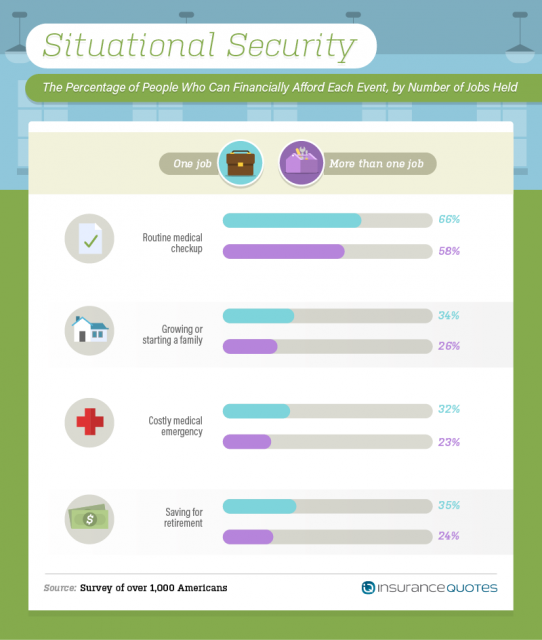 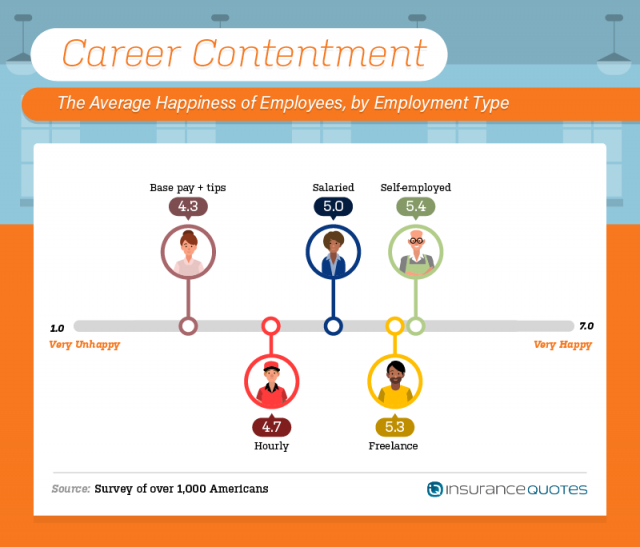 The unhappiest Americans are those working for a base pay, plus tips

The segment of Americans who are the least happy is easy to pinpoint: It's those who get a base pay supplemented with tips. This group hit 4.3 on a 1-7 scale of happiness. However, they did rank high for one factor, work-life balance.

“More than 80 percent of base pay plus tip earners and self-employed Americans were happy about their work-life balance (the most of any group),” the report notes, “with just under 17 percent citing it as an unhappy aspect of work.”

Furthermore, around 60 percent of these unhappy Americans work in the food service industry. At the top of the happy list: self-employed, at 5.4 happiness, while freelancers trail them at 5.3 happiness. 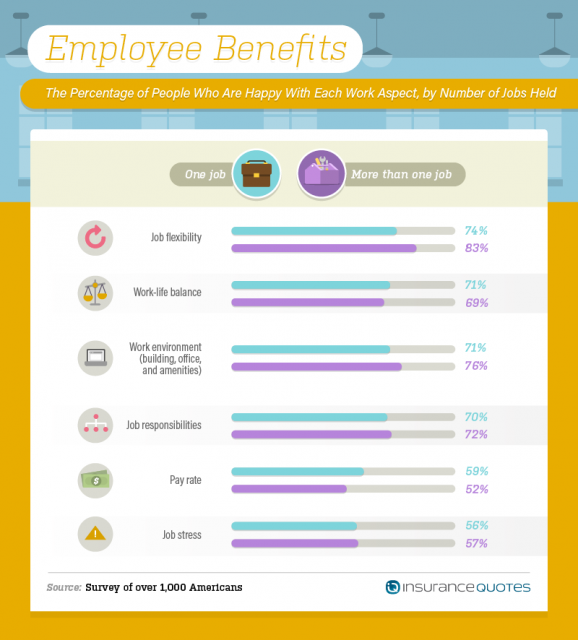 For the millions of Americans working more than one job, financial security remains a distant goal.