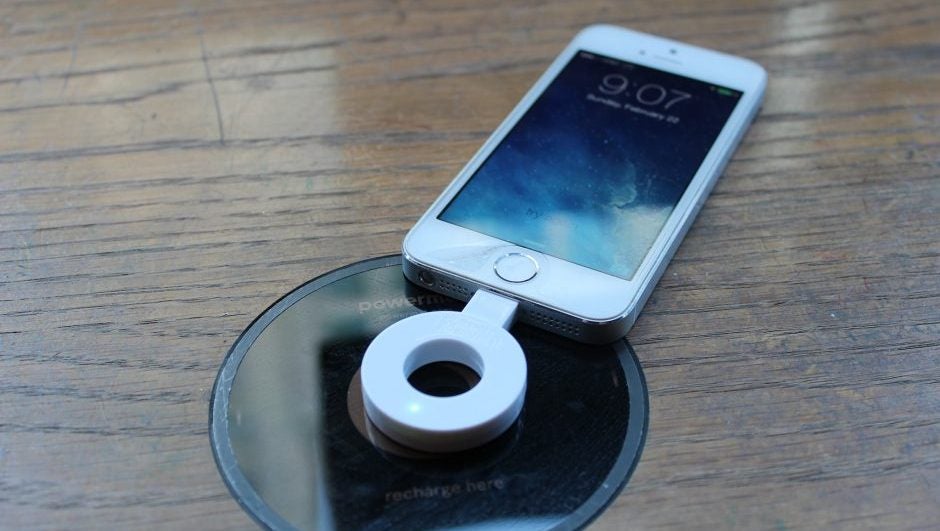 Whether it's smartphones, laptops, or WiFi-enabled egg trays, tech innovations make life easier, faster, and generally more enjoyable. Unfortunately, these wonders of technology come with a constraining caveat; a shackle that effectively prevents their use for more than a couple of hours: charging.

Even the most modern technological iterations are burdened by this ball and chain relationship, forcing consumers around the world to beg for a better way. And so far, despite early attempts at wireless charging solutions, nothing has truly worked.

However, while early examples of wireless charging have required just as much fuss as the wired way, the future of this technology could result in a world without wires.

The Present of Wireless Charging

Taunted by that small red sliver on the top right corner of their screens, people still have trouble enjoying social events without knowing exactly where the nearest wall outlet is situated.

Fortunately, the world is getting a little more wireless every day. A smattering of companies have adopted some of the most basic of wireless charging innovations, equipping their products with the tech or developing their own products to make charging a little bit easier. And these innovations are definitely a good start, but certainly leave room for improvement.

Technically, the first iterations of wireless charging came in the form of electric toothbrush stands. But, if you want to charge an electronic device you use more than twice a day (like, say, a smartphone), charging mats and plates that use Qi charging, developed by the Wireless Power Consortium, are the way to go.

By simply placing your device on one of these mats, your (compatible) smartphone will begin charging immediately, without the hassle of plugging anything in. Except, of course, the mat itself.

These mats and plates have been around since 2012, when the Nokia Lumio 920 hit the market. Since then, Google, Apple, and others have followed suit. But the wire leading to the mat still leaves plenty unimpressed, as trading one wire for another hardly seems like meaningful progress

“In my mind, lining it up exactly to charge doesn't save you a lot of effort from just plugging it in,” said Benjamin Freas, principal analyst for Navigant Research to ComputerWorld.

The automotive industry, which has been riddled with smartphone-based safety issues for the better part of a decade, is always looking for new and innovative ways to make sure drivers are looking at the road, not fiddling with their smartphone. Fortunately, they've found a bit of solace in wireless charging.

Wireless charging stations are an increasing trend in new cars, often found within the center console in a wide range of automobiles. Having recently shifted standards towards Qi charging for the sake of uniformity, the manufacturers below typically support wireless charging in their newer models:

There are still drawbacks, though. Yes, the ability to just throw your phone into a small area of your car to recharge its battery sounds like it could cut back on auto accidents. However, the tech remains far from perfect, with some phones being too big to fit the mats and others not lining up correctly (causing potentially dangerous distraction as you adjust). After all, you don't want to risk veering off the road as you glance down to see if your smartphone battery is successfully topping up.

While a few other shops, airports, and universities around the world have made an effort to install wireless charging stations, Starbucks has doubled-down. From Boston to London to Chicago, the coffee chain has set up table-installed plates to allow customers to charge their devices with ease.

It's a useful enough addition, though the reality is, Starbucks is more of a “get in, get out” kind of place. Even those that post up for an afternoon of work are hardly doing so for the chance to futuristically charge their smartphone. If Starbucks and these other shops, airports, and universities really want to innovate, they're going to have to come up with something that works at a distance.

The Future of Wireless Charging

The ideal future of wireless charging is fairly obvious: a world without wires. Unfortunately, as much as technology has evolved in recent years, it still seems like a bit of a pipe dream. Fortunately, there are a few early contenders hoping to break this technology wide open so the rest of us can enjoy a life of unshackled battery power.

Last year, the entertainment giant showcased a prototype room with “ubiquitous wireless power delivery.” By generating magnetic fields through quasistatic cavity resonance, researchers found that they could charge multiple smartphones that were simply within the room. While that might sound complicated, the results are simple enough for everyone to understand.

“This new innovative method will make it possible for electrical power to become as ubiquitous as WiFi,” said Alanson Sample, associate lab director and principal research scientist at Disney Research, to Phys.org.

Unfortunately, there's a notable drawback: the prototype room is made almost entirely of aluminum, which is aesthetically unsettling at best, and downright creepy at worst. Additionally, a large copper pole sits in the middle of the room, which means that truly wireless charging would come with a few notable eye sores.

Still, these are admittedly small obstacles for the kind of tech that could change the world. And, let's be honest, if anyone has the budget to pull it off, it's Disney.

Big companies aren't the only ones that see the value of truly wireless charging. Energous, a San Jose-based startup, has been making waves in the tech world with their product, WattUp. The wireless charging transmitter, paired with a minuscule receiver, can transmit power through radio waves up to 15 feet away.

This, in so many words, is exactly what we're looking for. Granted, 15 feet isn't very far away, but this level of completely wireless charging is a future we can all get on board with. And, if you're worried about the wait, Energous recently received FCC approval for their product, so you might have a WattUp in your home before you know it.

But, how are the clever minds behind wireless charging going to increase the range?

There's only so much funding you can throw at a problem before you realize that money alone isn't going to solve it. Fortunately, researchers and scientists are just as intrigued by wireless charging as tech companies are, which has facilitated a wide range of innovations in the space.

One recent discovery, for example, found that interfering with the waves used to charge devices at a distance could dramatically improve the amount of energy available — one of the most pressing issues for the burgeoning tech. Once this problem is solved, the future can truly open up for wireless charging.

There will always be naysayers when it comes to innovative technology. But, whether you believe that truly wireless charging is a lofty pipe dream or an undeniable inevitability, it's hard to argue that this technology is going to make life easier. So quit being a party pooper and get on the wireless charging bandwagon. There's no strings attached!