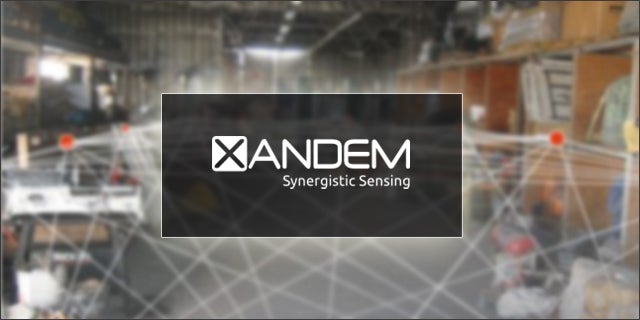 Watch out Superman, you're not the only one who can see through walls anymore. Dr. Joey Wilson and Dr. Neal Patwari, of Xandem Technology, have developed the unthinkable: a motion detector that can track movement through physical barriers.

“At first, there was not much practical application,” Wilson says, referring to his own PhD research. “We just wanted to know how to see through walls. We wanted to see how people were moving, even if there are objects blocking them.”

After finishing his PhD, Wilson spent a full year designing the prototype Tomographic Motion Detection unit (TMD) with Patwari. Unlike Superman’s X-ray vision though, the TMD utilizes a mesh network of radio waves.

The TMD features blanketed coverage of any grid, can be embedded behind surfaces, boasts immunities to dirt, dust, and false alarms, and cannot be jammed with counteracting radio waves. “It cannot be beaten,” says Wilson. “Fundamentally, this is a whole new level of security technology.”

The practical applications are glaringly obvious to anybody who can recognize the value behind this technology. Wilson and Patwari are aiming at three major markets that could benefit from their product.

Those who wish to protect high-value assets, like the rare coin trader who operates across the street from Xandem’s headquarters, can now take their security deeper. “Traditionally, people who want to protect something valuable are looking for more than a simple sticker to scare thieves off,” explains Wilson. The TMD cannot be blinded and will not miss a beat while operational.

Places like machine and tool shops are usually dirty and cluttered environments. Securing a location like this is difficult because there has to be a clear line of sight for infrared sensors to detect motion. A poorly parked fork lift, or even a fine layer of dirt or dust on the sensor, will render it null. The TMD, even if caked with grime, will not go blind. If an object is placed in front of it, it simply sees through said object.

An aesthetically sensitive area, like a museum, might not want bulky, noticeable sensors placed next to rare works of art. The TMD satisfies because it will take security to the next level, but also because it can be embedded into walls, dividers, ceilings, floors, and pretty much anything else.

Wilson and Patwari take their work very seriously and strive to give their customers a top-notch product. “This is not something that gets developed quickly like an app,” says Wilson. “This is a sensing technology we are delivering from the ground up. We are trying to grow a really big tree here, not seasonal flowers.”

“Traditional sensors have been around for 30 years, and nobody has changed them,” adds Wilson. “This has gone all the way from an idea that we didn’t know was possible all the way to something that is in a piece of plastic we now sell.”

If you think this sounds like technology from science fiction, don't worry – you are in good company. Wilson reports that some of his current customers feel like they have James Bond tech with their new security systems.