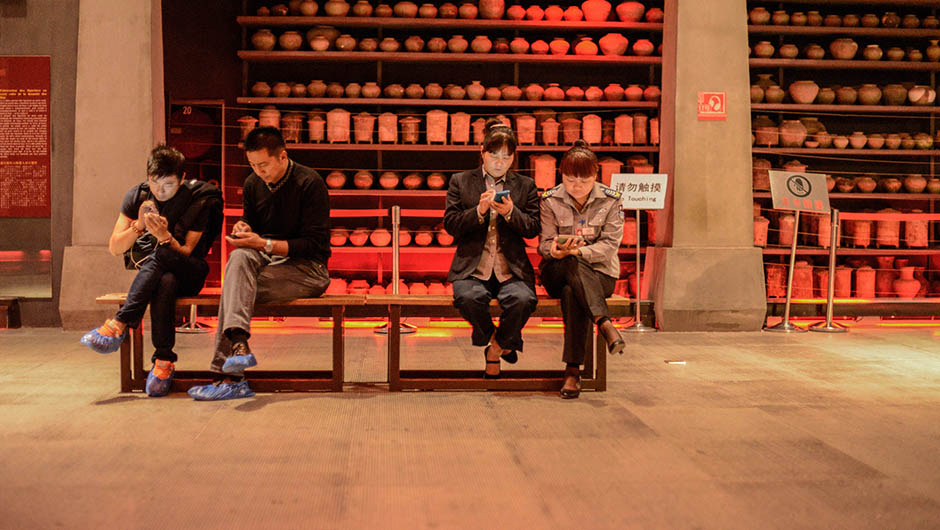 Three collections, the Apple Watch Sport, Apple Watch and Apple Watch Edition, all of which incorporating features like fitness tracking and app integration, which will supposedly take productivity capabilities to the next level. The Apple Watch is touted as extremely inventive, but you can't buy it in stores due to a shortage of supplies; it's only available through a pre-order program.

While tech analysts have regularly acknowledged how Yield and Manufacturing issues are a real problem in any Apple ramp-up campaign, there are experts who have pointed towards “Hunger Marketing“ being closer to what's actually at work here.

For those not aware of Hunger Marketing, it is essentially bringing products to market with an attractive value (or price point), and then restricting the supply. You have an imaginary shortage that can gain tremendous market traction. In this case, Apple arguably has the best branding in the world, but Hunger Marketing brings it to the next level. Apple created a pre-order program for the Apple Watch, which creates the illusion that the product is scarce. People get the impression that the product is premium because of rarity, and they will try to buy it however they can, and there, that's where a company's brand value goes up. Hunger Marketing has worked its magic, by ultimately creating a higher brand value.

This is well documented within tech and corporate circles but little do we know, even the top Chinese tech brands are following suit, and they are seeing success unlike the world has ever seen, even by Apple standards. Xiaomi, now the third biggest Smartphone manufacturer in the world, recently celebrated their 5th birthday with an online shopping sale that yielded a record-breaking number of 2.11 million phones sold in that one day alone. What's even more staggering than the feat, however, would be that no western company has ever achieved this. Yes, even Apple.

How Xiaomi applied Hunger Marketing here is largely different from how Apple executes it as well. Besides applying the usual tactic of restricting supply by producing “just in time” inventory, Xiaomi couples it with the allure of low prices, for flagship phones commonly sold at half the prices of an Apple iPhone 6. But it is still Hunger Marketing in its purest essence, and for a Chinese company to achieve that combination of scarcity and attractive pricing is tremendous. If one looks at the larger picture, what this communicates is that, very soon, cheap Chinese products will be considered “premium” and no longer “knockoffs”.

Chinese Products Are Increasing in Quality

In an increasing number of case studies within the mobile space, there is a deep implication that for every Hunger Marketing campaign and building-up of brand value, a good product needs to capture imaginations in the first place. Many a marketing campaign has fallen to poor products, but Xiaomi is really bucking that trend.

Look at the specifications of the recently announced Xiaomi Mi-Note: Qualcomm Snapdragon 801 with an Adreno 330 graphics processor, 3GB RAM memory, and a 13 megapixel camera, and you don't see facets that you would normally associate with low-rate products. The Mi Note's more expensive cousin, the Mi Note Pro has even more outrageous specifications: a 64-bit Qualcomm Snapdragon 810 processor, backed up by an Adreno 430 graphics processor and 4GB RAM. By all extents, you see phones that'd rival the top phones of 2015.

You'd never think phones with such overpowering capabilities could be priced far less than Apple's latest releases. But the prevailing thought is that they are. What's more astounding is that CEO Lei Jun announced in a 2014 product launch event on August 13 that overall average usage of all Xiaomi phones sold surpassed that of iPhones. To put this into perspective, users are waking up their Xiaomi phones and using them for longer periods than users do their iPhones, the same phones famously known previously to ‘rule' the usage charts. Larger battery capacities in Xiaomi's phone offerings than Apple's could be a great contributor to usage disparities.

It isn't coincidental that in that very same product launch event, Lei cited the conscientiousness of his customer service, post-sales, and logistics teams. The numbers really give insight into how these Chinese manufacturers are stepping up their game: the capacity to process and ship 500 thousand orders per day,and the ability to fulfill 226 million orders in just under 5 days. If one factors in the great customer service that helped the elderly and other folk shown in a short clip at the event, we are looking at the habits of a top calibre company at work, at every stage of decisions there is to make.

Above all, we are seeing Xiaomi's highly unique business model really reaping the benefits. Well-documented to cut down on traditional costs for marketing (which they do with largely social-media), software development (made cheaper with the adoption of Android), and distribution (where they sidestep physical stores in favor of their web store), Xiaomi truly “steam-rolls” with their commitment towards accessory sales and software services as their main profit sources. As an example, Xiaomi 10400 mAH powerbank actually matches the premium quality of their phones and sells tons at their trademark low prices, en route to profitability. They have built such a reputation on accessories alone that breaking into the United States selling only powerbanks and other assortments looks like a confident initiative rather than a desperate one.

Also, don't forget the well-documented method of selling flagship phones for overblown life cycles of 18 months as opposed to just 6 or even less. Pronounced economic principles are winning out these days.

Look at our present day, and you see Chinese manufacturers following suit and taking even more radical Hunger Marketing routes. Shenzhen-based start-up Oneplus allows only consumers with invites to purchase their phones, with the exception of opening up Tuesdays for public purchases. Lenovo, the Chinese manufacturer that owns Motorola now, has emphasized select markets worldwide to drive up perceived brand-power. Asus now leverages on such e-commerce stores like Lazada to scale efficiently in more Asian countries. All of the above-mentioned companies has a strategy wrapped around accessories as a key income inlet as well.

But the fundamental difference between these rising Chinese Tech Giants and Apple, for example, is that their watches will go for far more, just as their phones did for years, while companies like Xiaomi are creating clouds in the sky out of premium products at bargain prices. Something has got to give, and just like any industrialist would boast in academia, creating the highest quality products for the lowest cost possible, and creating as low a barrier of entry as possible are bedrock principles even top American technological corporates cannot ignore moving forward. Because the Chinese companies are catching up, and fast…