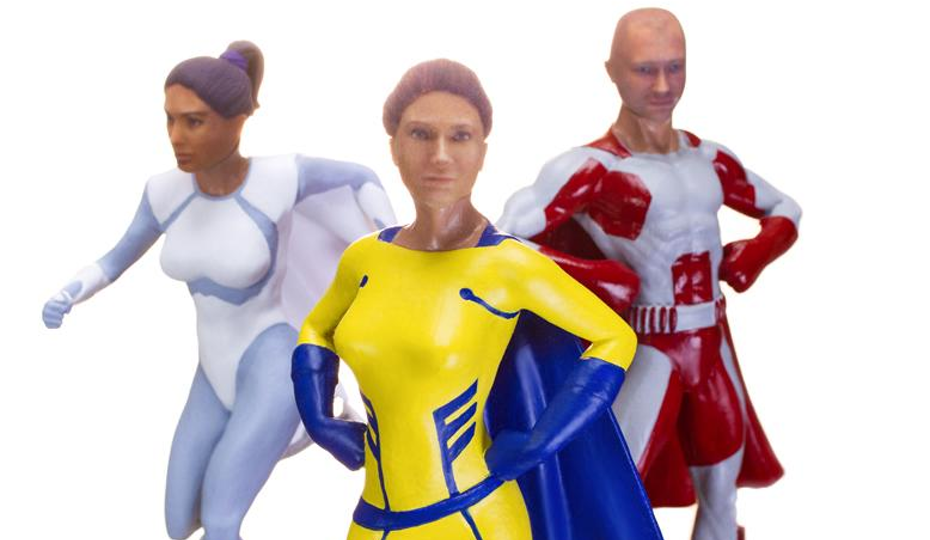 You Kick Ass, a tech company that turns you into an action figure, walked away with a tidy $100,000 from Mark Cuban on a recent episode of Shark Tank.

Cofounders Alesia Glidewell and Keri Andrews, whose alter egos are Creatrix and Transformagirl, came onto Shark Tank asking for $100,000 in exchange for 10% equity from the investors. They charmed the sharks right away by bringing out customized action figures for each one – Robert Herjavec, the Accelerator; Lori Greiner, Enchantra; Kevin O'Leary, the Vinificator; Barbara Corcoran, the Hunch; and Mark Cuban, the Game Changer.

The bidding got off to a rough start when Corcoran criticized the likeness and color of the action-figure heads, and said she was out. (Since filming, You Kick Ass has taken her suggestions to heart and updated their technology to match the head color with the neck color and capture 10 times more detail in facial features.)

But Corcoran was the only villain of the day – both Herjavec and O'Leary made offers, but none as good as Cuban’s. He agreed to their initial proposal of $100,000 for 10% equity, as long as they accepted on the spot – which they were happy to do.

Customers creating a You Kick Ass action figure start by uploading a photo. Then, you get to pick out a costume, name, and powers, and match its skin tone, hair color, and even facial hair to your own (or the recipient’s). You Kick Ass 3D prints the figurine and comes up with a backstory in the form of a comic. If you order 20 or more – like for your startup team? – you can even custom-design the position of the body.

Surprisingly, many of You Kick Ass’s customers are adults – a father creating an action figure for his kick-ass wife and mom, or a loved one celebrating a breast cancer survivor. Who in your life is a superhero?