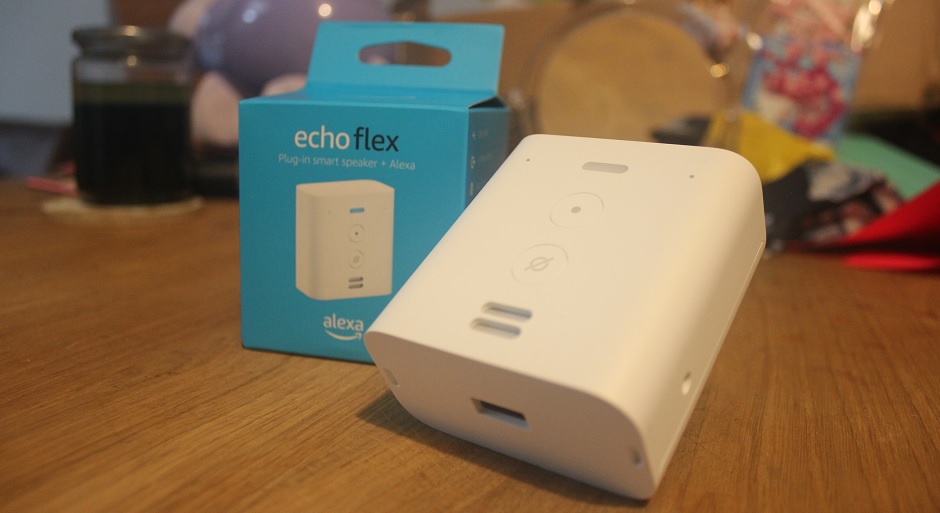 This content has not been updated since November 27, 2019. For more recent tech advice for your business, why not try our look at today's best phone brands?

The smallest, and newest addition to the Echo family, the Flex, is Amazon’s attempt to get its smart devices into more homes, or simply get existing owners to buy more of them. With its $25 dollar price tag, it undercuts Amazon’s own Echo Dot smart speaker considerably – but you do lose some of the functionality of a dedicated speaker device.

Amazon's tech product strategy over the years always relied on beating their competitors on price, first and foremost. The Kindle, the Fire Tablet, and the Echo smart hubs are all easily affordable, especially at the bottom of the ranges. Consumers get to pick up a brand new tech device on a budget, and Amazon's ecosystem grows ever more because of it. It's win-win for both consumers, and Bezos.

To date, the cheapest Echo has been the Dot, but now there's a new player in town, and it's so cheap, it's hard to ignore. But does the Flex deserve a place in your home? We tried one out for ourselves.

What’s Great About the Echo Flex?

Out of the box, the Echo Flex lacks the considered design of its pricier brethren. It’s clearly a product built for practicality rather than beauty, but this works in its favor, as the end result is a rather unassuming white box that is discreet. Plugging directly into the power outlet, it resembles a Wi-Fi extender. Small and unassuming, you won’t struggle to find room for it.

Setting up is straightforward, too. Simply plug in the Flex, and it will direct you to download the dedicated Alexa app. Once signed into the app, put in your Wi-Fi password, turn on your phone’s Bluetooth, and you’re up and running.

Control wise, you’ll be issuing commands verbally to Alexa, and the trademark blue light springs to life when you use a wake word, so you can see when it’s listening in. On the front of the Flex is a handy “microphone off” button, which colors the light red. This is a nice, practical assurance that your conversations aren’t being eavesdropped on.

The twin microphones are receptive, and we found that we could easily communicate with Alexa from across the room without any issues.

In terms of functionality, the Echo Flex offers the usual selection of features that other Echo devices do, like controlling smart appliances such as lights, and speakers, getting news reports, listening to podcasts, making phone calls, and naturally, ordering from Amazon, among other things. All these work as intended, aside from some concern about the included speaker, which we’ll get to later on.

At the base of the Echo Flex is a USB-A port, useful for charging devices, or for adding accessories. There are already two third party add-ons for the Flex, both of which clip into the bottom of the device. At the moment your options are a nightlight or a motion sensor, both $15, and it’ll be interesting to see if manufacturers come up with any more novel additions.

What are the Drawbacks of the Amazon Echo Flex?

At this point you might be thinking that the Echo Flex is something of a no-brainer. After all, it has most of the functionality of its larger counterparts, and is a fraction of the price. However, where it comes unstuck is with its speaker. The Flex houses a rather small 0.6-inch speaker, which is fine for spoken audio, such as news and weather reports, and confirming instructions, but really not great for music. Amazon does point out in its advertising that this device is not intended to be a music player, and it ain't wrong.

Naturally we gave it a shot anyway. Firing up a 90’s rock playlist on the device made the Red Hot Chilli Peppers sound like a lilliputian band performing from inside a saucepan. This budget device won’t get the party started, but we reckon it’s fine for podcasts at a pinch, handy if you want something to listen to while you’re in the kitchen or working in the garage.

There is a 3.5mm auxiliary output on the Flex, so you do have the option of connecting it to a beefier speaker. If you invested in speaker equipment already (particularly non-wireless speakers) and you're happy with the sound quality, then attaching the Echo Flex is a canny way of turning them “smart” without having to spend a fortune.

The only other complaint we have is regarding the companion app for the Flex. This is the standard Alexa app, and it could use a little more care. Navigation is something of a chore, and it feels like there are too many taps to get to the options for the device.

So, should you buy the Flex? Really, it depends on what your current set up is. If you don’t have any smart speakers installed in your home, we’d suggest the Echo Dot as a great starting point. Sure it’s a little more expensive than the Flex, with a price tag of $50, compared to the Flex’s $25, but it’s regularly discounted to around $35, and the 1.6-inch speaker makes it a much more viable entertainment product.

However, if you already own an Echo or two, the Echo Flex is a worthy addition to your set up, allowing you to extend Alexa’s reach in your home without too much expense. It’s certainly a neat device for the price, assuming you can live with the feeble speaker.