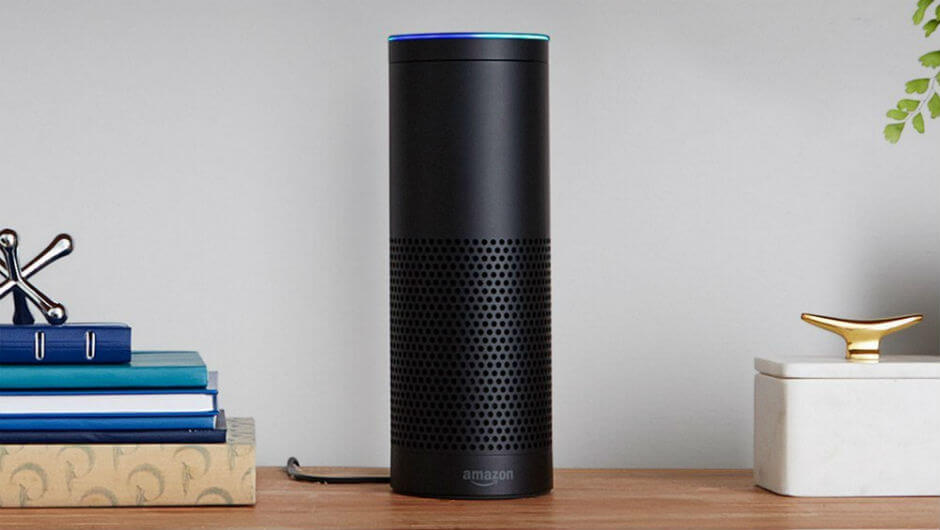 This content has not been updated since June 28, 2019. For more recent tech advice for your business, why not try our look at today's best phone brands?

The original Echo was a device that genuinely changed the tech market. Sure, we were all familiar with Siri on iPhones, but the idea of having a voice controlled speaker was new. Since 2014, Amazon has introduced more Echo variations than you can shake a stick at.

While there is a new, second generation Echo, the first generation Echo is still available and is still a pretty solid device. It has decent, if unspectacular, sound quality, it works as an effective smart assistant, and it’s pretty good value.

So, is it worth the $99 asking price, or are there better alternatives? 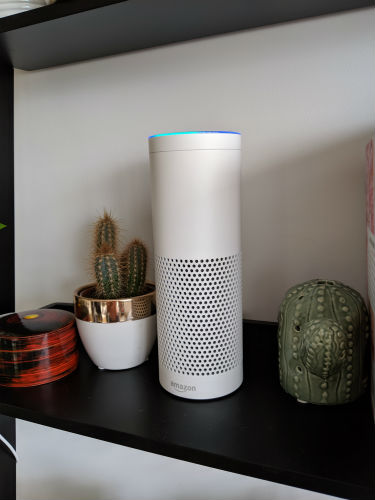 You control all of these functions either through the Echo’s own voice controls, or through the companion Alexa app on your smartphone.

If we’re honest though, the Echo can be a bit hit-and-miss. It occasionally has a hard time picking up voice commands and, sometimes, provides unusual answers to queries. For example, when asking what the weather would be like in Camden, London, Alexa would give us the weather for Camden, New Jersey. That’s despite the device’s location being set to south London.

We also found that, on occasion, while listening to the radio or streaming music, the audio would simply stop playing after a while. These kind of frustrations can make the Echo an irritant, rather than a helpful device.

Here’s a fun fact: the first Echo was pitched as a voice-controlled speaker, rather than as a smart hub. So, you’d think the sound quality is good, right?

Given the Echo’s relatively small stature, it would be unfair to expect room-shaking bass, but even so, the low-end is pretty unremarkable. There’s distortion at the high-end as well. In the mid-range, though, the Echo is pretty strong. Sounds are clear and detailed, and pack a decent punch given the size.

If you want to use the Echo as your primary music-player at home, we’d advise against it. The sound just isn’t strong enough for us to really recommend. If you really want an Alexa-enabled smart speaker, we’d get a Sonos One. But, if you want a smart speaker with smart hub credentials, and aren’t all-in on Alexa, we’d get a Lenovo Smart Display. 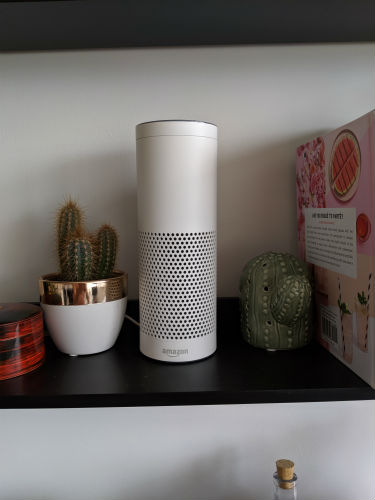 The Echo isn’t short on competition — whether from Google-powered smart hubs, or even ones from within Amazon’s own ranks.

In fact, Amazon offers five alternative Echo devices that could all be used as smart hubs. The Echo Dot is the cheapest and starts from $49.99.

But, its most direct rival is, of course, the Google Home Hub. The two devices cost the same, look fairly similar, and offer a compromise between smart features and sound quality. Despite Alexa’s popularity, Google has the superior smart assistant, which would likely swing us in favor of the Home Hub.

Whether the Echo is good value for money or not depends largely on whether you already have a speaker at home. If for example, you already own a Sonos or a Bose speaker, don’t get the Echo. You’ll find the convenience of the voice controls too tempting and end up playing music and radio from the Echo, neglecting your superior speakers.

You could, however, buy the smaller Echo Dot, and connect it to an existing speaker using an old-fashioned audio line-in. It’s not a perfect solution, but it works ok – and could give you a serious sound quality boost.

If you don’t have a speaker, aren’t too fussed about the last word in audio quality, and don’t want a Google device, then get the Echo.

But, if it was our money, we’d probably save up our pennies and get the $199 Sonos One — it has the same Alexa functions built-in, but with far better sound quality.

The Amazon Echo is a device hampered by its own versatility. There are cheaper smart hubs, and better speakers for similar prices. Crucially, there are devices that offer both for not that much more money.

It’s not a bad smart device by any stretch, but we wouldn’t spend our own money on one. If you’re determined to get an Amazon speaker, the Echo Plus is a better choice. The second generation Echo, despite Amazon's claim to better sound, has received decidedly mixed reviews. If we're honest, we’d look to another brand for our smart hub.

Buy the Amazon Echo from Amazon