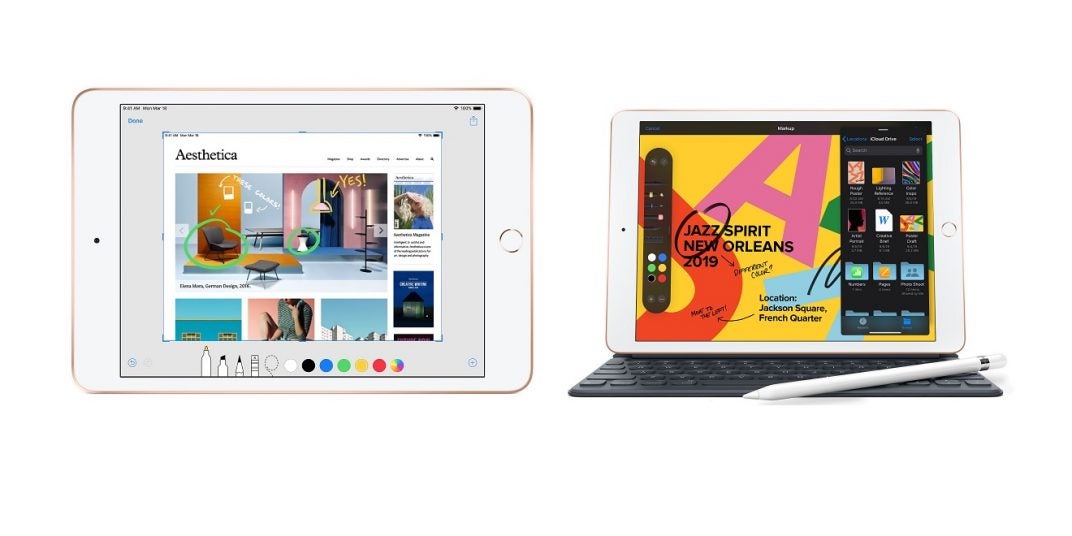 Apple’s iPad range is an excellent line-up of tablets, and that’s no secret. At the cheaper end of the spectrum, you have two brilliant devices – the original iPad, and the iPad Mini. But given the choice, which should you go for?

According to our research, the 2020 iPad 8th Gen is best, with plenty of power, a hefty display size, and a surprisingly attractive price tag. The iPad Mini is a respectable option, but it's hard to justify a higher price tag for the exact same processor, particularly given the increasing popularity of large display smartphones.

The iPad and iPad Mini may share a lot of features, but they have some striking differences too. We'll  help you choose the right iPad for you, taking into account your specific needs and budget. Here are their key features side by side:

iPad 8th Gen or iPad Mini – Which Should You Buy?

If you’re choosing between the iPad and the iPad Mini, your decision will come down to what you use the tablet for. Here are a few stand out features for both:

While there are a lot of similarities between the two devices, on paper, it’s the iPad 8th Gen that ultimately wins out – it's tough to beat the larger display paired with the smaller price tag.

Still not sure? Take a look at our guide to the entire iPad range

The latest addition to Apple's ever-changing lineup, and our top pick among all iPads, is the 2020 iPad 8th Gen, the direct replacement to the 7th Gen iPad 10.2. While the two iPads are remarkably similar, there's one huge difference: Processing power. The new 8th Gen has an A12 Bionic chip, compared to the 7th Gen's A10 Fusion chip. This upgrade includes Apple's “Neural Engine,” a component that allows for efficient machine learning abilities and that hasn't been available in a main iPad up until now.

A12 chip aside, the 8th Gen is still rocking the same hardware as its predecessor – it starts with 32GB of storage, going up to 128GB. Like the 7th Gen, it includes support for the Apple Smart Keyboard. The weight is juuust a hair heavier, but you won't notice it: The 8th Gen is 1.08 pounds compared to the 7th Gen's 1.07 pounds.

One downside? It's still missing a USB-C port, though it ships with a Lightning to USB-C cable to compensate.

Its price tag is just $329.99, right around the current price for the previous generation. That's a great value for a up-to-date iPad, making the 8th Gen a no-brainer for anyone hoping to purchase a tablet.

Apple iPad 10.2 8th Gen
The best iPad to choose for virtually all users
In Short

Apple doesn't pay as much attention to the iPad Mini as it does to the main iPad offering or the iPad Air. Granted, they updated it in 2019, but there was no new model in 2020.

The Mini doesn't have Smart Keyboard compatability, so you'll need to use the Bluetooth option.

It’s a compelling package for those looking for a powerful tablet, especially if you’re after something that’s on the smaller side. However, with the increasing popularity of large display smartphones, it's hard to justify the higher price tag with only a slightly better processor, which is the only reason it's not at the top of our list. 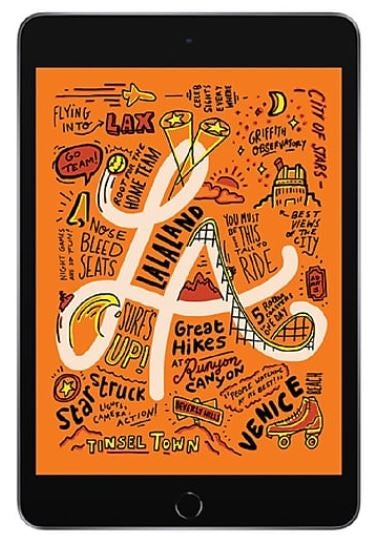 This 2019 iPad model shares a lot of specs with the 8th Gen, but loses out in two major ways. First, it's slower, thanks to the A10 Fusion chip rather than the A12 processor — the 8th Gen sees 40 percent faster CPU performance and twice the graphics capability.

Second, the iPad 7th Gen is available starting at $319.99, just a negligible price difference from the 8th Gen's $329.99. Given those prices, we wouldn't recommend the iPad 7th Gen. Why bother paying the same for a slower device?

However, make no mistake – the tablet can still hold its own. That ‘older’ A10 processor will still comfortably tackle most demands you throw at it, without so much as a stutter. Granted, if you’re a designer or someone who needs a high-end tablet for your work or hobby, then this isn’t it. But if you're looking for a solid iPad offering, this really is. Still, it's hard to understand why you wouldn't opt for the iPad 8th Gen, given the similar price tag and the faster speed.

The iPad 7th Gen is has been replaced by the 8th Gen model, which delivers the same ability and price, but with a faster speed. 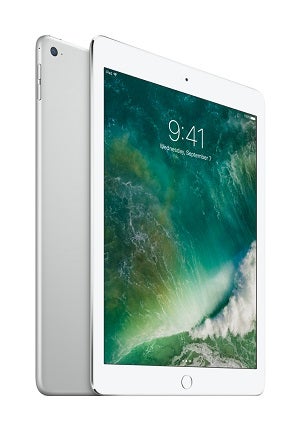 Apple iPad 10.2 7th Gen
A great iPad, despite a slow A10 processor
In Short

For your money, you get a 10.2-inch Retina display, an impressive A12 processor, 3GB RAM, and 32GB storage for the entry-level model. Plus, the 8th Gen iPad remains compatible with the Apple Pen and the Apple Smart keyboard both, while the iPad Mini supports the Pen but not the Smart keyboard.

The iPad Mini is More Portable

It probably goes without saying that the iPad Mini is the most portable tablet in Apple’s line-up. The entire range is impressively slim and light, but with its 7.9-inch screen, it’s the Mini that wins the award for being the easiest to carry around.

Weighing just 0.66 pounds, the Mini is half the weight of the standard iPad, and while it won’t slip into your jeans pocket, it will happily go into a coat or jacket pocket. It’s not too much bigger than some of the more popular large screen cell phones – the Apple iPhone XS Max, for example, is just 1.4 inches smaller.

They're Both the Same Speed

The A12 processor is an impressive chip, and both the iPad Mini and the iPad 8th Gen benefit from it, meaning that this is one arms race that neither win.

The Neural Engine, available in the A11 chip and up, helps both devices with any functions involving machine learning.

A few perks that 2021 users can benefit from with it include people occlusion and motion tracking in augmented reality apps, enhanced photo editing thanks to better image recognition, and boosted Siri performance. Basically, these devices can handle anything you'll throw at them.

The iPad Air has the Flashiest Specs

Think of the iPad Air as the Mini’s big brother. Specs-wise, the new 4th Gen Air is a noteworthy step up from the year-old iPad Mini: The Air has an A14 chip rather than the A12, a 12Mp rear camera rather than an 8Mp one, and a front camera that's just the same as the Mini's at 7Mp.

And, of course, the Air has a big 10.9-inch liquid Retina display, putting it far ahead of the 7.9-inch Mini, and slightly larger than 10.2-inch iPad 8th Gen.

If you want the absolute strongest power and best camera, the Air outgoes the Mini and the main 8th Gen iPad alike. That said, if you really want a large screen iPad with plenty of horsepower, you should be looking at the Pro series. If you instead want to balance screen size and high end processing power against the total cost, the 8th Gen is a clear winner.

Good news: You can’t buy a bad iPad. Even the Mini isn't bad. Each iPad in Apple's 2020 lineup is up to date specs-wise, and they’re all fantastic tablets in their own right.

That said, we think that most people who pick up the iPad 8th Gen won’t ever be aware of that extra power they’re missing out on by not opting for the Air, (and they certainly won't miss the Mini) which makes it our clear choice for best iPad.

However, for those that like to know that their tablet can run demanding apps, and who want to future-proof themselves in the long run, the Air is the best choice.