When you're choosing a new laptop or desktop computer, it's important to understand the specs and features you'll see listed by each model. That way, you can be sure to choose the right laptop for your own particular needs. As the pandemic has sent a lot of us home, our computers need to be able to help us work from anywhere, not just the office.

Knowing what processor to go for, how much RAM you'll need and whether or not you require a graphics card are all questions will have a bearing on your setup, and your budget.

We explain some of the key components to look for when picking up your new laptop.

Just want to see the best laptops money can buy? Check out our recommendations for The Best Laptops of 2021

What are Good Laptop Specs? 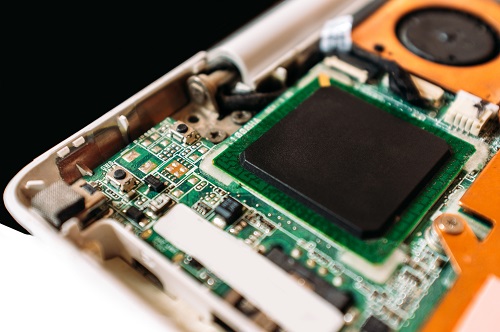 An integral part of the laptop, the processor will determine how powerful your computer is. There are two main players in the laptop space, Intel and AMD, although the vast majority of the models you’ll find on store shelves with feature an Intel chip. These typically come in the flavour of i3, i5, i7 or i9. In the most basic terms, the bigger the number, the better the processor.

An Intel Core i3 processor will be fine for anyone not looking to do much on their laptop outside basic tasks. But, for those needing raw power and a chip that can handle heavy workloads, the i7 is the best choice. It’s also important to check the generation of your Intel processor. Receiving regular upgrades, an i7 processor from 2014 is a totally different beast to one in 2021. Know the latest generation of Intel when shopping around (most devices are on the 10th, with 11th gen chips available in high end products), and don’t get duped into picking up something that is already dated.

While AMD may have struggled with its offerings in the past, its latest Ryzen processors can certainly hold their own against Intel, providing a viable alternative at a cheaper price.

The processor, effectively the brains of the laptop, is seen by many as being the most important part of a laptop, and while that’s true to some degree, it’s also important to match it to hardware that will allow it to work to the best of its abilities, such as RAM and a graphics card. Don’t just buy the most powerful processor you can find and expect to be set.

Looking for the ultimate laptop for school or college? Check out our dedicated guide to school and college laptops.

There are couple of key points to consider when you're looking at a laptop screen. Firstly, size. How big do you want it to be? A small screen is great for portability, but you might struggle to make out the finer details of a spreadsheet or Netflix blockbuster. Go larger, and you'll bag a sizeable screen, but it may no longer fit in your bag.

Screen resolution is also something to watch out for. It signifies the number of pixels that are shown onscreen – the bigger the number, the higher the detail. Most laptops will have an HD resolution of 1920 x 1080, which is good enough for daily work and movies, but if you're looking to do some gaming or carry our some image editing, then you'll benefit from a higher resolution. The MacBook Pro range for example has its famous Retina screens, which boast a resolution of 2560 x 1600, making for pin sharp images.

You should also consider whether a matt or glossy screen will suit you better. Glossy can look nice, but can be problematic outside when used in bright sun due to screen glare.

Storage space on a laptop can be a tricky thing to work out. Do you want all your files accessible locally, or are you happy to make use of the practically infinite space of the cloud?

Do you go for a traditional hard disk (HDD) or a solid state (SSD) one?

It all depends on your needs. If you mainly use your laptop for surfing the web, emailing and writing the odd document, then you won’t need too much space, and chances are it will take you a long time to fill up a fairly typical 500gb hard drive. The rise in digital streaming and cloud storage mean that most of us don’t need as much room as we once did.

However, if you’re the sort of person who hoards movies, music and want all your games installed at once, then you’re going to want to go with a pretty large hard drive. The best way to gauge how much space you need is to look at what's on your current laptop, how much of it you’ll want to transfer over, and then at least double that space.

You’ll have noticed that you get less storage space on an SSD for your buck compared to a HDD. This is because SSDs are faster and can really ramp up the time it takes to load your programs, or even your operating system. The best solution is a SSD/HHD combination, which gives you speed start up times coupled with loads of storage. 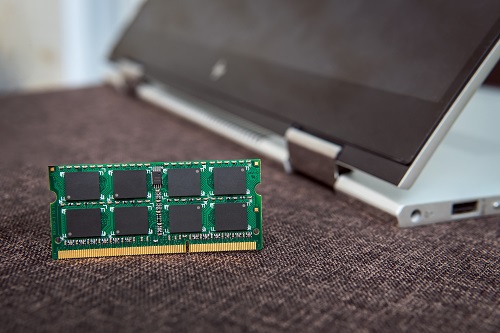 RAM is vitally important in laptops, as it controls the number of functions the machine can do it at once. You might not think it, but your laptop is constantly multi-tasking, juggling your requirements and keeping a several operations running at the same time. With RAM, the more the better, but decking out your laptop with 32GB of RAM can get not only expensive, but also excessive. Get a laptop with not enough RAM though, and it’ll chug its way through every action, and almost weep at being asked to carry out anything vaguely complex.

Most users will find that 8GB of RAM is fairly standard, and will serve them perfectly well for day to day duties. If you think you might need a bit more grunt down the line, look for a laptop which enables you to add your own RAM in the future. This is an easy operation of undoing a few screws and slotting it in – you don’t need to be a tech wizard to speed up your laptop.

Read our guide to the Best Laptop Brands

Do you need a graphics card? If you’re an avid gamer or someone who wants to edit a lot of images and video, then the answer is yes. If you’re mainly emailing, surfing and writing the odd office document, then no.

There’s two things to know about graphics cards on laptops. Unlike desktops PCs, they’re practically impossible to retrofit, and they’re expensive. This means that if you want one, not only do you need to buy a laptop with one installed from the off, you also have to make sure that it’s future proof and will stand you in good stead for a few years. Thanks to the 21st century gold rush for bitcoin, prices for graphics cards, which are a core component for mining, are now inflated.

While this is bad news for gamers and designers, it’s an important reminder that picking the right laptop with the right graphics card is key, because if it’s struggling a year down the line, you’ll most likely need to replace the whole unit to upgrade.