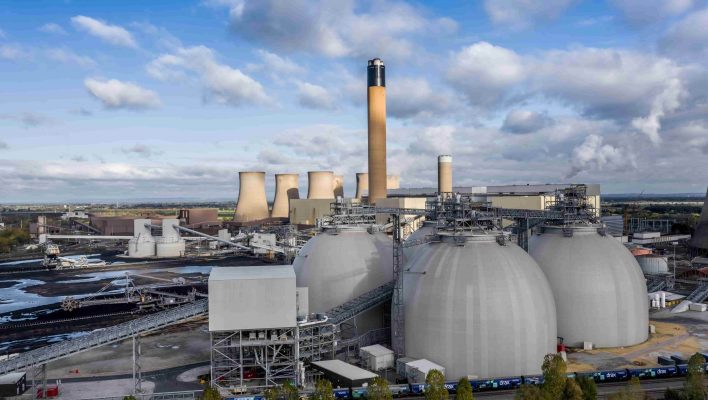 Facebook parent company Meta, online store builder Shopify, and a string of other tech companies have pledged to commit $1 billion to rejuvenate the carbon capture market.

A new joint venture will be created with the sole purpose of buying up carbon from other technology companies over the next nine years.

The move is especially significant for Shopify, now one of the world’s most popular ecommerce website builders, which has already purchased more Direct Air Capture (DAC) carbon removal than any other company in history.

Along with Meta and Shopify, payment services company Stripe, Google parent Alphabet and consulting behemoth Mckinsey have pledged a total of $925 million to the project.

The companies have set up a new organization called Frontier, which will be given a $925 million war chest with which to buy up carbon removal from other technology businesses.

CNBC reports that “Stripe will also provide customers to Frontier through its Stripe Climate program, which allows online sellers using the company’s platform to devote a portion of sales to carbon removal.”

Shopify’s involvement with Frontier shows that the company’s will to be green stretches far beyond its logo – before the project being discussed at present was even launched, the company had purchased 10,000 tonnes from Carbon Engineering and another 5,000 tonnes from Climeworks.

Kauk added that Shopify “need[s] others to join us with purchase commitments so we can kickstart the market, scale this technology globally, and start reversing climate change.”

The company also has a sustainability fund that pumps $5 million a year into fighting climate change via a number of environmental initiatives.

Getting Carbon Capture off the Ground

Carbon Capture has been touted as a way out of the climate crisis for some time now, and despite promising signs that it may be able to bring the earth’s temperature back down to pre-industrial (i.e. safe) levels, very little has been done so far.

Carbon Capture involves CO2 being separated from other gases produced during the industrial process, such as those at coal and natural-gas-fired power plants. After being separated, the CO2 is then compressed and transported to storage via pipelines or vehicles.

Then, the CO2 is permanently stored in rock formations. A type of dense, igneous rock called Periodite is thought to be an excellent candidate for such storage.

The U.N.’s Intergovernmental Panel on Climate Change that the pre-industrial level could only be reached if 6 billion tons of CO2 are removed every year until 2050. However, only around 10,000 tons of carbon have been removed via carbon capture so far.

Indeed, the tide does seem to be changing – the US, UK, and EU have all made some sort of pledge over the last couple of years to capture large remove carbon from the atmosphere using this technique.

It seems like there’s no limit to precisely how involved in our lives tech companies are, and how essential their applications or products will become to our day-to-day lives. Companies like Facebook and Google are already virtually inescapable.

This is why it’s important to continuously ask what role these companies should be playing in our lives, and what social responsibilities should subsequently flow from that – a conversation big tech businesses often want to avoid.

And whilst they will continue to fail to meet expectations in a variety of other areas, it's encouraging to see so many big names putting themselves at the forefront of a green initiative that needs this kind of investment and exposure to really get off the ground.