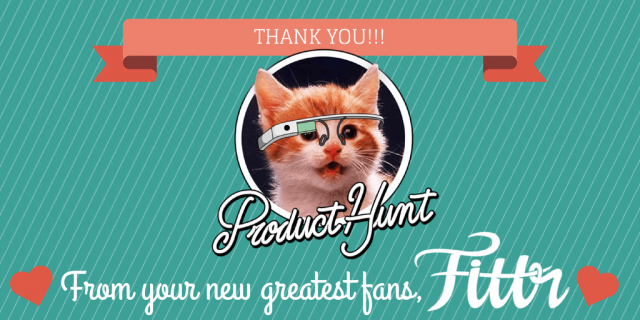 Fittr‘s Product Hunt launch was a joyous day. My phone began to blow up, our servers started heating up, and we couldn't stop grinning for about 56 hours. For a few hours, our app was handling 6 sign-ups (not just downloads, signups) per second!

To say I'm grateful is an understatement. And that's part of the reason I'm writing this article. The other part, of course, is to help y'all out, because, for all that we did do right, there are 10 things I wish we'd done differently:

10 Tips for Your Product Hunt Launch: The way I'd Do it Over:

The 1 Thing I Wouldn't Change about our Product Hunt Launch:

and the thing that I would never change about our day in the Product Hunt limelight?

Anyway, I hope that helps! I'm available on Twitter @kikischirr if you have any deep questions, and I'll try to respond to comments quickly and promptly! Thank you.