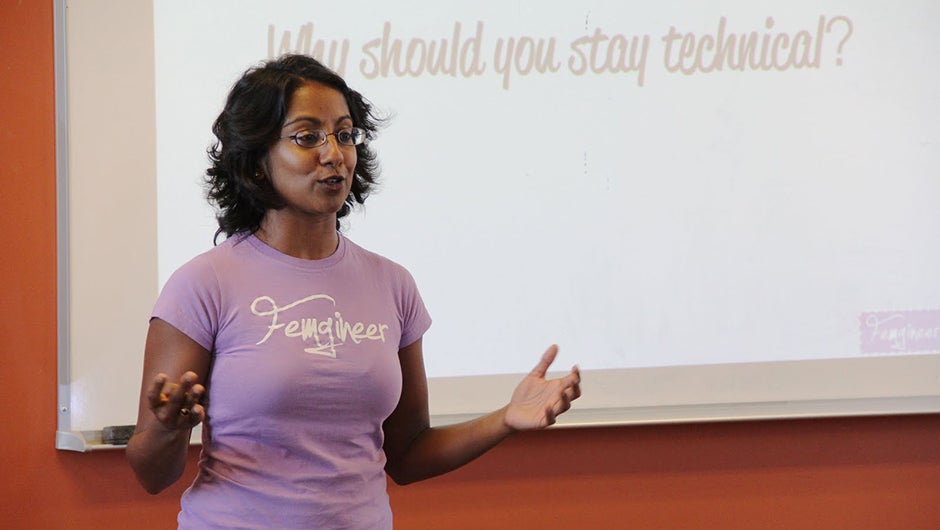 When Marissa Meyer took over as Yahoo‘s CEO, the tech industry and media praised it a win: the end of the glass ceiling. In reality, there is still an outrageous shortage of women entering the technology sector, particularly software engineers. Companies like PowerToFly understand the need to diversify the technology industry's workplace, but sexism and gender based stigmas are still prevalent. Women are vastly outnumbered by men when it comes to leadership and technical roles, so here is a shout out to 16 amazing women innovators leading in tech. 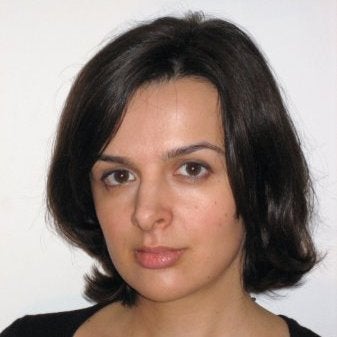 Natalia is the Co-Founder of Parable, a creative photo network on iPhone and iPad. That’s following on her earlier startup, Flockish, which was sold to StubHub-eBay. Flockish was a mobile social platform (iOS and Android) to discover gatherings and participate with others around you. Natalia also held product leadership roles at eBay, Samsung and Microsoft. At eBay she led eBay’s industry leading affiliate program. At Microsoft Natalia worked on Microsoft’s search engine Bing where she shipped a number of innovative search experiences. Natalia started her career as a software engineer after having completed a B.S. degree in Applied and Computational Mathematics at University of Washington. 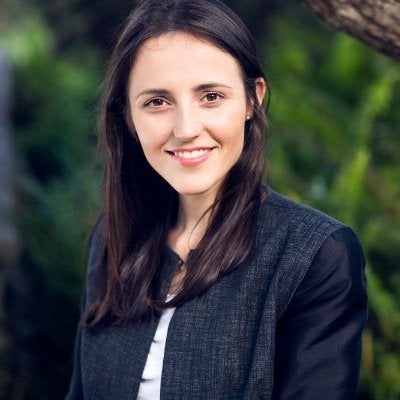 Holly is the founder of the leading eCommerce product image editing company, Pixc.  In 2014 and 2015 she was named one of Australia's top female entrepreneurs under 40. Holly has hired over 175 people in over 10 countries to build and grow the company. More recently she was featured in Upwork's annual report due to her work. Holly splits her time between Sydney and San Francisco where she is working to change the way businesses list and sell products online. 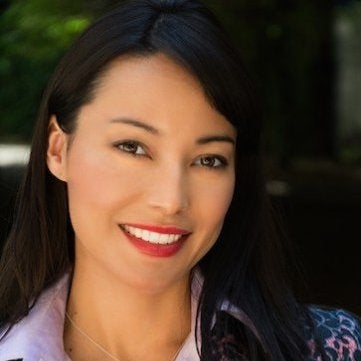 Adriana is the Founder and CEO of Girls in Tech, a non-profit organization, launched in February 2007 devoted to empower, educate, and mentor women in the tech industry across over 47 chapters internationally. No stranger to growing brands and building amazing companies, Adriana has also served in Executive roles at RxMatch, (VP of Product Marketing) and QwikCart, (CMO), Ogilvy & Mather (VP of Digital – Intel), and SecondMarket (VP of Marketing) , the largest secondary trading platform, where she was responsible for branding strategy, event production and digital media efforts. Gascoigne has not only worked in the technology start-up space for companies like, Indiegogo, Roost, Algentis, Democracy.com, Swyft, ImpulseFlyer, Poliwogg, hi5 (Tagged), SocialGamingNetwork (SGN), Jambool’s SocialGold (Google) and GUBA, but also serves as a Strategic Advisor. Jetway, StartupStockExchange, Involver (Oracle), Numiyo Technologies, Palindrome Advisors, CharityBlossom, DooChoo, and Change.org are some of the organizations she has had her hand in.

In 2009, Adriana launched SmittenWithMittens, which is now The YOUniform Project, a philanthropic program providing fair trade uniforms and educational resources to children in developing countries. She is also the founder of HelpLearn.Asia, an eLearning platform for small and medium-sized businesses in Singapore. 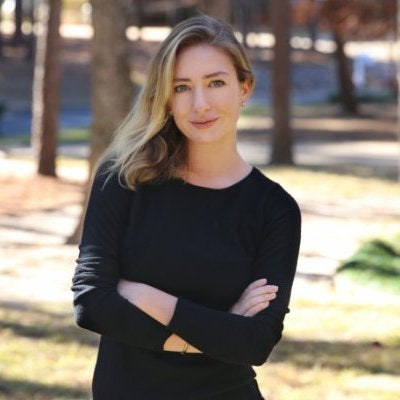 Whitney was born and raised in Salt Lake City, Utah, until she and her family moved to Paris at the age of 11. She returned to Utah to complete the American High School Experience and to prepare for college. She went to SMU in Dallas Texas and majored in International Relations after being rejected by the advertising/marketing school. She has since been called a “marketing genius” by outlets such as Medium.com and Bloomberg. She started two companies while in college, the first being the “Help Us Project” with partner Patrick Aufdenkam, a non-profit organization inspired by the BP oil spill crisis in the Gulf of Mexico.

After graduating, Whitney spent 6 months in Asia working in orphanages in Northern Thailand and Cambodia. Upon her return, she joined the Cardify team for marketing and sales, which was part of the IAC incubator Hatch Labs. After Cardify failed to pick up, Whitney lobbied the team to run with another side project they had created, which was called Matchbox. That app is now a household name, Tinder. She Co-Founded Tinder and was the VP of marketing for two years. After her departure, she saw a missing link in online responsibility. She had hopes to create a platform for kindness. Whitney reunited with a business acquaintance, Andrey Andreev. Andreev is a world-renowned businessman most famous for his platform, Badoo, which has over 230 million users and generates hundreds of millions of dollars a year. Together they formed Bumble. 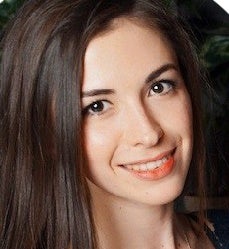 Marina Mogilko is the founder of LinguaTrip, a booking engine for language courses and language home-stays all over the world. LinguaTrip helps people travel the world and learn languages from native speakers; think Airbnb for learning languages. Marina speaks 4 languages and learned them during ‘linguatrips’. After starting her first company at the age of 21 with $300 and reaching revenues of $1.5M+ by 2014 she was accepted into several major U.S. universities to do her MBA with full scholarships, but chose 500 Startups to grow her business instead. Marina was recently included into the Encyclopedia of the Most Talented Youth in Russian Federation. 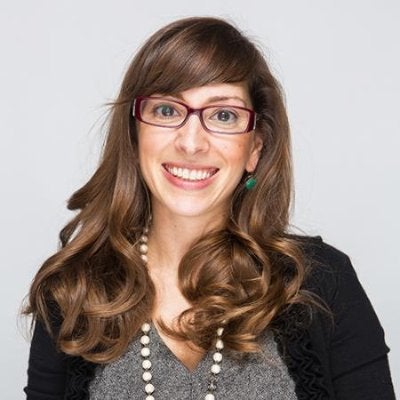 A vision for revolutionizing the way people work led Leah Busque to pioneer the concept of “service networking.” Her passion for product innovation and devotion to user experience have propelled TaskRabbit into a leading role in the collaborative consumption movement.

Since bootstrapping TaskRabbit in 2008, Leah has expanded the company internationally, grown the team to more than 60 employees, raised nearly $40 million in venture funding from venerated investors like Shasta Ventures, Lightspeed Ventures, and Founders Fund, and inspired legions of startups to launch in the collaborative and service networking space. Fast Company named her one of the “100 Most Creative People in Business,” and her achievements have been featured in the Wall Street Journal, Wired, and Time. Under her leadership, TaskRabbit has gathered accolades as a finalist in the Crunchies and Mashable Awards, and was named “The Next Big Thing in Tech” by the New York Times. Prior to founding TaskRabbit, Leah was a Software Engineer at IBM, working in the Messaging and Collaboration Software Development Group. She graduated Magna Cum Laude from Sweet Briar College, where she earned a B.S. in Mathematics and Computer Science and served on the Board of Directors from 2001-2003. Leah is passionate about technology and creating brands and experiences that drive inspiration for people around the globe. 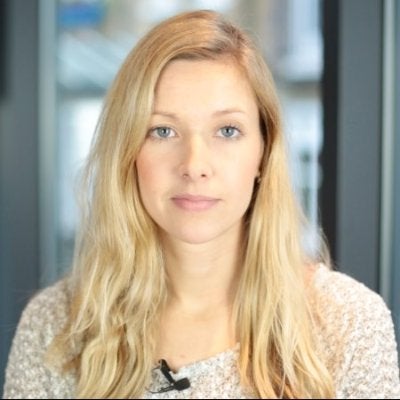 Heidi is the Co-Founder and CEO of Storygami, an interactive video startup that makes online videos smarter and more contextualised. Heidi comes from an entrepreneurial background and prior to starting Storygami founded and acted as managing director of Codoc, a documentary film company that made content on social and global issues. She holds degrees in Media and Human Rights and is also a Virgin Media Pioneer. Her company Storygami received initial backing from Sir Richard Branson for using media and technology in innovative ways and Storygami is now part of 500 Startups in Silicon Valley.

Heidi is often invited to speak to young people about entrepreneurship and she was a 2013 finalist of the Women of the Future Awards in the Media category and a 2014 finalist for Europioneers “Women in Technology” category. 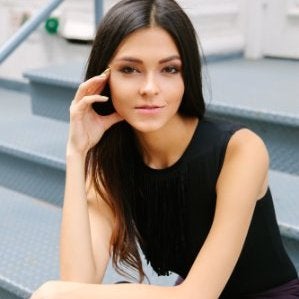 Mariya created Scentbird; a razor-razorblade subscription model for luxury fragrances. Each month members get a 30-day supply of a perfume of their choice (Dior, Gucci, Hermes, etc.). Scentbird Scent Recommender helps women build a queue of perfumes to wear in the coming months. A perfume case comes with the first order, the rest of the subscription is refill-based. Scentbird has been featured in Forbes, Harper's Bazaar, TechCrunch, VentureBeat, Huffington Post, Fashionista, xoVain, Latina magazine and other notable publications. 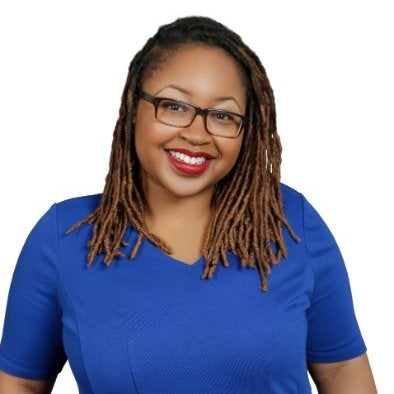 Tara is an entrepreneur, marketer, and young art collector. She's also the CEO of Kollecto, a concierge service that helps people buy affordable art. Her service uses technology to group people into cohorts by taste and then leverages human curators to understand taste & give personalized art recommendations. Before launching Kollecto, Tara worked on monetization & E-commerce projects at Foursquare, Google, & Microsoft. Tara recently moved to Detroit, Michigan and is loving being part of an evolving city. 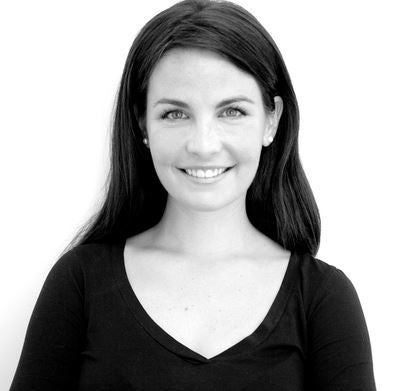 Cofounder & CEO of Parenthoods, Inc. who has a mission to celebrate parenting in its imperfect glory, from the messiness and mistakes to the breakthroughs and victories. Siobhan's career began in software development at Google, where she worked on Google Accounts, helping launch dozens of products across the organization including Gmail, Personalized Search, and Google Checkout. She then became PM of Blogger.com, one of the top-10 web properties worldwide. 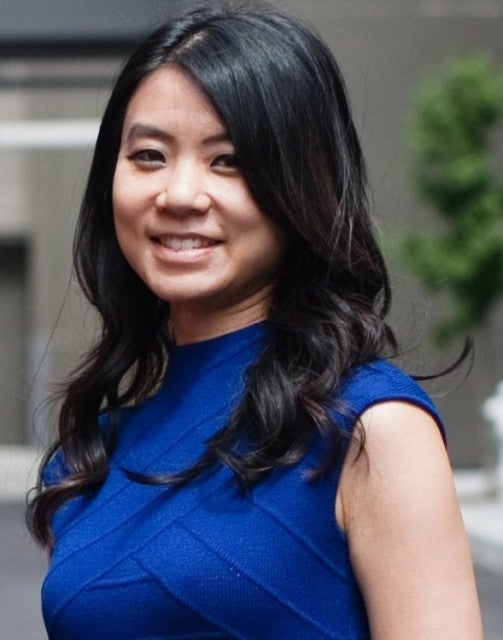 Michelle believes that no one knows your body as well as you do. Michelle created True&Co. a new kind of intimate apparel brand, and the first company to give women a say in the creation of better products for her. True&Co. is using the millions of pieces of rich, female body-focused data that over 1.5 million women have shared to design and engineer beautifully feminine and functional products. 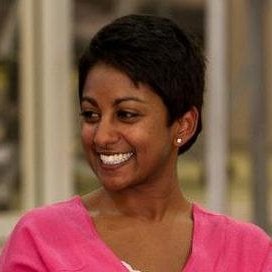 Poornima Vijayashanker is currently the founder at Femgineer, an education company that helps empower engineers, founders, and product leads to transform their ideas into tangible, high-impact products. She is also an entrepreneur-in-residence at 500 Startups, where she advises companies on growth and fundraising. Previously, she was a lecturer at Duke University's Pratt School of Engineering, and the founding engineer at Mint.com, where she helped build, launch and scale the product until its acquisition in 2009. Poornima is a sought after public speaker who is regularly invited to sit on panels and give talks on entrepreneurship, women's leadership, management, product development, and software engineering. Skilled in front and back-end development, understanding customer needs, and working with a team to create user-friendly software. When Poornima is not coding, blogging, speaking, and building startups she enjoys: competing in Bikram yoga, training for half marathons, cooking, traveling, and studying French and Spanish. 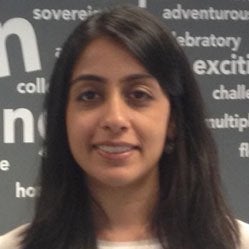 Mariam is an UX designer with a passion and talent for User Experience & Creative Strategy. Her diverse industry work over 7+ years includes, but is not limited to, retail, financial services, food & beverage, non-profits, and software. Co-Founder and CCO of Doughbies, a company that delivers freshly baked goods on demand – in 20 minutes or less. Everything is handmade locally by their own team of bakers who care about quality and method. It's truly the most delightful way to send a gift or get something delicious for yourself. 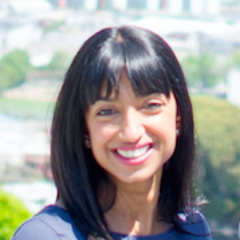 Tejal is the co-founder and CEO of KidAdmit a fast growing marketplace for children’s programs – from every dance, sport, art class and music lesson to birthday parties, camps and even school. KidAdmit gives parents a win by making it easier for them to find the right opportunities based on their personal wants, needs, goals and resources. Tejal is disrupting the painful, inefficient, paper based time-sink parents deal with today. 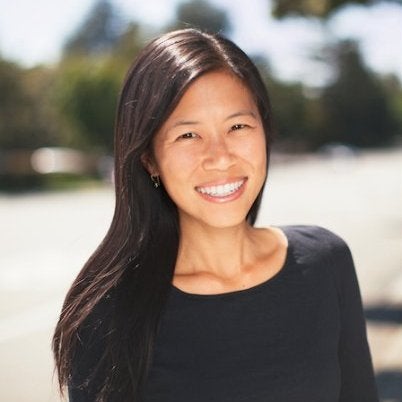 Sandra is the Co-founder and CEO of Kiwi Crate. Kiwi Crate is an innovative e-commerce startup focused on delivering hands-on activities that encourage creativity and learning for kids. She is passionate about launching and operating new businesses, creating products, developing go-to-market strategies, and building effective cross-functional teams. 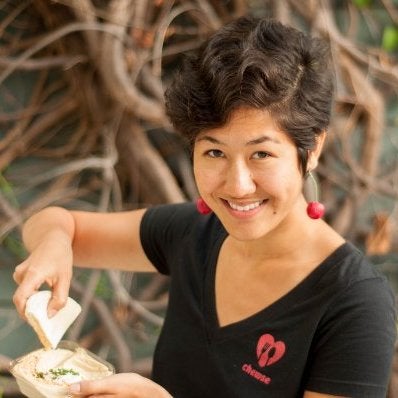 After four years in the hospitality industry and ordering food for offices regularly, Tracy is bringing the catering industry into the 21st century as CEO of Chewse. Tracy is a complete foodie (from source to table) and passionate about nourishing strong communities through food. She was previously named USC Entrepreneur of the Year and is also a 500 Startups Accelerator graduate.