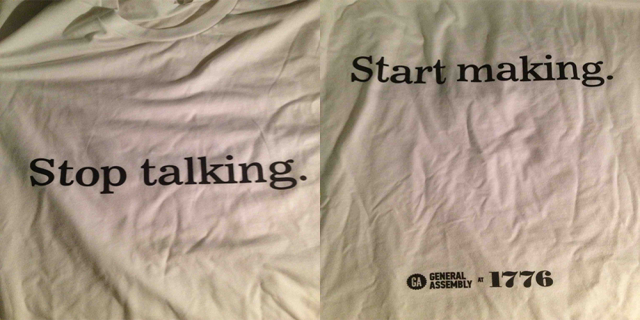 Drinks flowed (not really), tomato soup appetizer was spilled (by yours truly), and overheard, a philosophical inquiry into the nature of wearable technology (“don't phones count?”). Monday night was a momentous night for DC's own 1776, the local tech startup campus and hub, which hosted a tailgate-themed event to mark the Redskins' opening night as well as to celebrate its own future. Its downtown campus was replete with members of the DC tech community, brushing elbows with NYC visitors, in commemoration of General Assembly's educational partnership with the Washington-based incubator and accelerator. 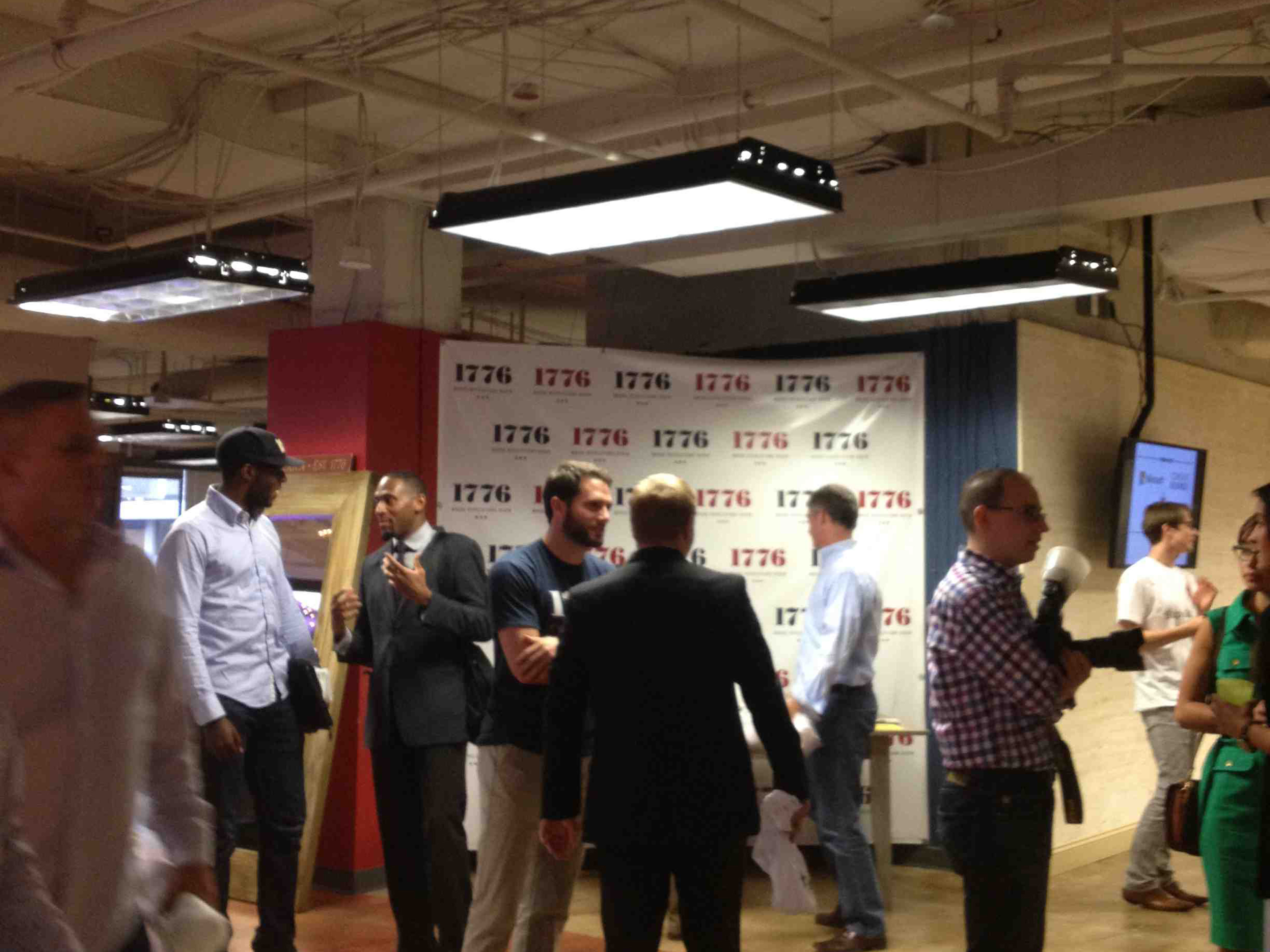 Everyone presumably talking about the partnership…or football.

“Through this partnership, General Assembly and 1776 will offer full-time immersive programs, long-form courses, and class and workshops in technology, business and design at the 1776 Campus located four blocks from the White House,” said in yesterday's release.

Despite its founding a mere two years prior, the NYC-based General Assembly has already become renown as a tech-centric educational institution. This partnership with 1776 brings General Assembly's campus count to nine, with classes already being offered in San Francisco, Los Angeles, Boston, London, Sydney, and Hong Kong. 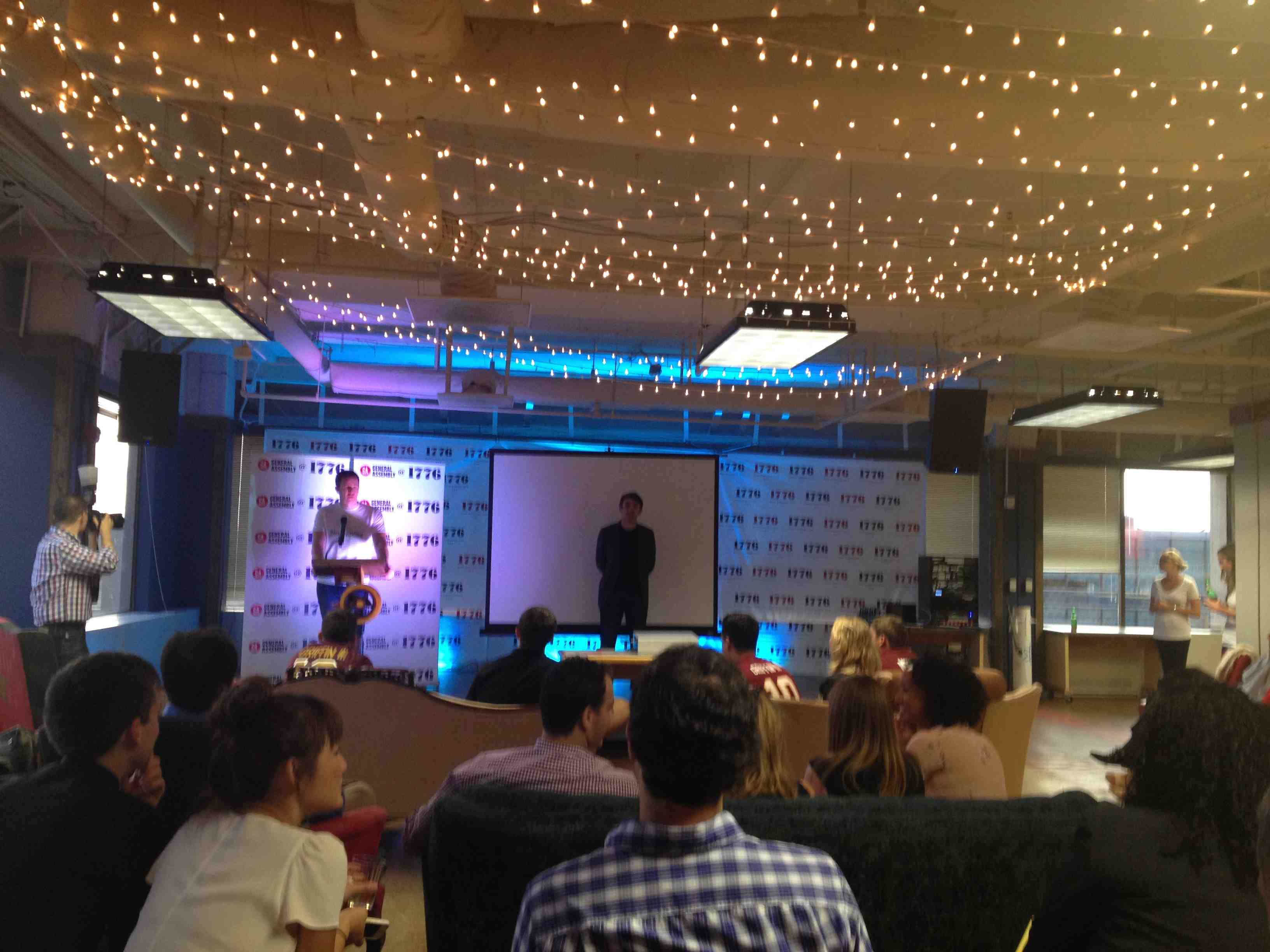 During the announcement at the event, Burfield talked about the opportunity for this partnership to tap into the vast resources of the Washington region. He hopes that this educational programming will enable people to make further innovations in some of our nation's largest sectors (like education and healthcare).

“[In recent years], the DC region has exploded in the startup scene, and it's become absolutely unavoidable on the [tech] map,” said General Assembly cofounder, Jake Schwartz.

Schwartz came on after Burfield, and echoed many of Burfield's points. He added that there is definitely huge potential for great things, considering DC's highly-motivated and highly-intellectual environment.

After the official announcement of the partnership, the festivities continued, and some of us returned to stuffing our faces with mac and cheese hors d'oeuvres. Oh, right, football was watched by many – if you're into that.