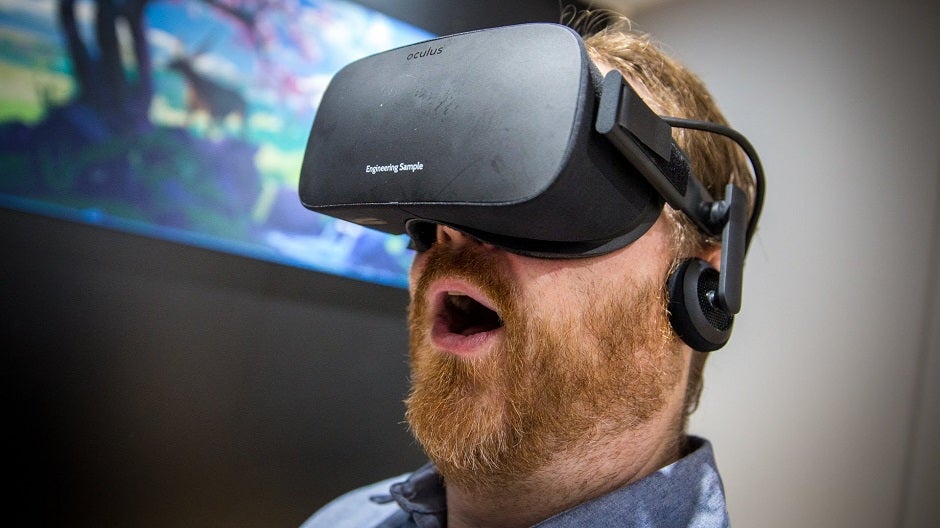 Virtual reality is tech's next big thing. Consumer sets will hit the market in time for the Christmas rush, and dozens of startups are already coalescing to take advantage of the technology. Mobile VR is a thing, exposure therapy uses it to treat anxiety, and who can forget that time the NBA debuted a beer-carrying VR headset?

But the tech world might be jumping on the trend too soon.

VR Is Still a Disconnect

The VR headset is immersive for one sense only: sight. Now, while we all know that everyone has the five senses of sight, touch, taste, smell, and hearing, that's a little reductive. There's another sense: balance. It's how you can tell that you're starting to tip sideways when you balance on one foot with your eyes closed. It's easy to forget you have it, but when it's directly challenged, your body tells you something's wrong. When what you see doesn't match where you know your body is in reality, you feel off-kilter and maybe even nauseous. You see where this is going. Farhad Manjoo of the New York Times explains the concept:

“Your hands — they're always there. Even in the most immersive of media experience — an IMAX movie or the hypnotic reverie of a darkened opera house — your sense of where your hands are is an ever-present comfort. Because you can see your hands, you can reach for the popcorn without knocking it over. Because your eyes aren't locked on the screen, you can check your phone to make sure your babysitter hasn't texted with an emergency.

But then you don virtual reality goggles, and your hands disappear. So does the rest of the world around you. You are bereft, and it is very, very unsettling.”

Can VR Overcome the Problem?

Manjoo's main point is that VR, like computers before it, will definitely be groundbreaking, but might take another decade to iron out enough problems to convince a mainstream audience that it's worth bothering to pick up. Even the experts aren't recommending people spend more than 20 minutes at a time with the currently available headsets… a fact that's not really conducive to the amounts of attention video is currently enjoying from its audiences: In 2015, studies tracked the average watcher at a stunning 5.5 hours of video per day.

Currently, VR tech is likely several iterations away from anything as appealing as a one-minute Buzzfeed video about cheeseburger onion rings. But I'm confident they'll get there eventually.

Tech early adapters will definitely still pick up a VR headset, but they should wait until the last massive tech trend, the Apple Watch, catches on with mainstream audiences before they pin their hopes on VR.