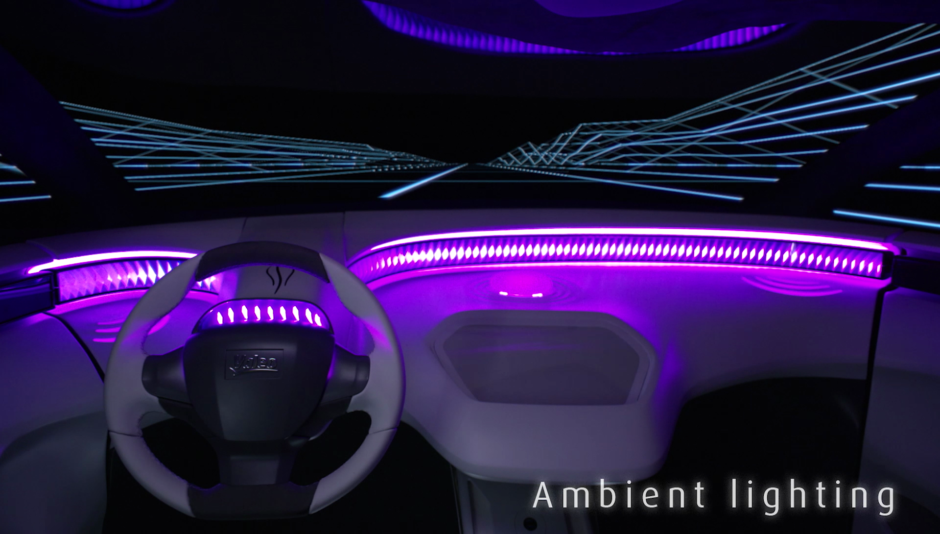 Over 22 automakers and 34 hardware or software companies are hard at work developing self-driving cars, according to a recent tech report. It's no secret that the industry is rapidly developing, and it can't come soon enough for those concerned about safety on the road: According to the US government's National Highway Traffic Safety Administration, 94 percent of road accidents in the United States in 2015 were caused by human error.

At CES this year, Valeo has pulled the curtain on a variety of their own self-driving advancements, each designed with one main goal in mind: to rewrite the rule book on autonomous cars. Here's a look at their latest innovations, complete with photos. 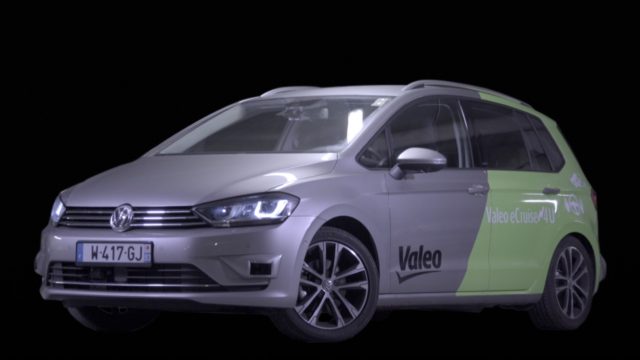 The Valeo eCruise4U, the first automated car that can drive in electric mode at low speeds, such as in urban areas.

“Everything Starts With Sensors”

That's a quote straight from Jean-François Tarabbia, Group Senior Vice President R&D and Product Marketing, at the unveiling of the Valeo eCruise4U, the Valeo XtraVue and the Valeo 360AEB Nearshield.

Valeo is offering front cameras, radars and laser scanners to ensure driver safety — these are the essential sensors that Tarabbia was talking about.

“Laser scanners are crucial for autonomous driving,” he added.

One in every three vehicles worldwide is equipped with a Valeo electric system, which reduces energy consumption and CO2 emissions. It's a electrification system designed to be suitable for all vehicles, even ones without an electric powertrain.

Within the car, the Valeo Cockpit is a futuristic type of cockpit reminiscent of something out of TRON. It includes everything from interior cabin fragrance, to lighting, to climate. 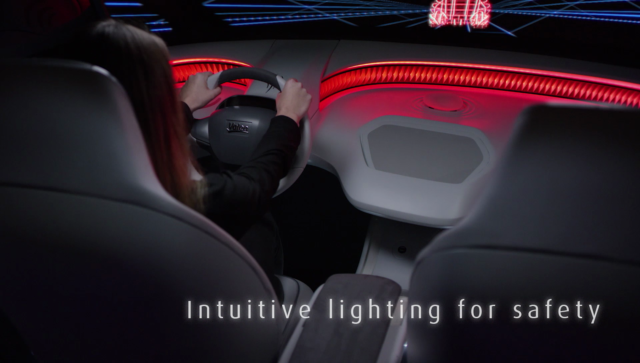 During the “task of driving” phase, the cabin environment supports driving-assistance features to enhance safety. Lights projected against the windshield can elegantly point out hazards on the road. If driver fatigue is anticipated, the system releases an energizing fragrance to encourage concentration. An ionizer purifies and freshens the air in the cabin. 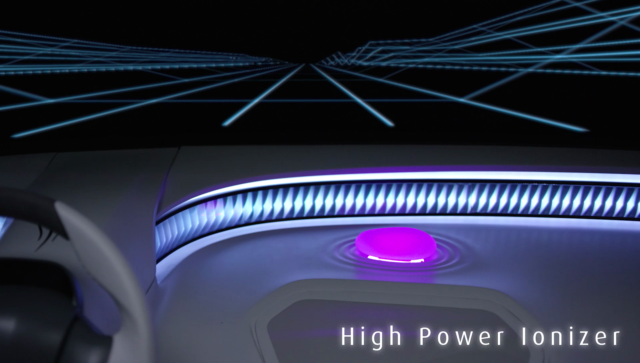 Making the car's interface even more futuristic, the lights can respond to how fast the car is moving, Valeo explains:

“The interior lighting can also significantly enhance driving pleasure, with scrolling lights amplifying the sensation of acceleration and deceleration.”

The Valeo eCruise4U comes with features like the 360AEB Nearshield: an “innovative sensor and camera technology system that provides the automatic braking system a 360-degree view for better passenger, pedestrian and vehicle protection.” 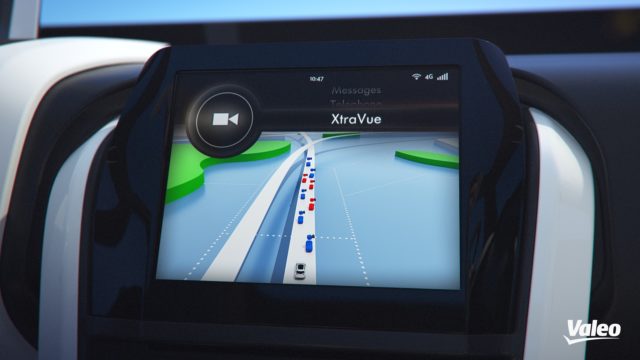 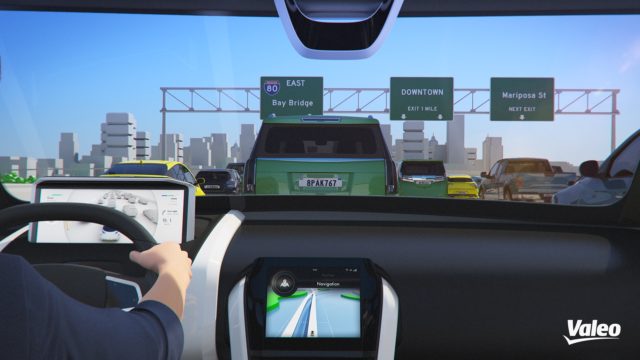 The Valeo XtraVue provides a connected camera and laser system that eliminates visual obstacles and offers an enhanced view of the road, allowing drivers to see “through” obstacles in front of them. It's designed to cut down on visual debris that could impact your ability to see the road. Tarabbia explained at the event:

“You are always safe, what we do not see are small objects and small moving objects.”

Also, the Valeo C-Stream replaces the rearview mirror with a projection image and uses cameras to “map out the vehicle’s cabin to automatically prompt system adjustments.”

Self-driving, automated laser system, purple interior lighting — the future might not have flying cars, but the Valeo cars it does have manage to check off a half dozen more elements on the “future-y” wishlist.

Tech.Co is on the ground at CES 2017 in Las Vegas and we’re covering everything from new tech to innovative startups. Follow our coverage here and make sure to check out all the brand new gadgets hitting the market after the festivities have concluded.