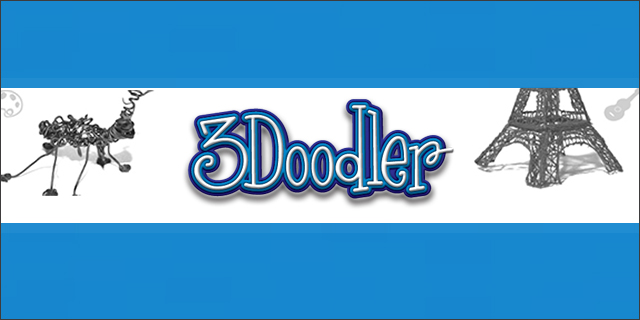 Launched less than a week ago, the 3Doodler 3D printing pen has already raised a massive $1.6 million on Kickstarter, over fifty times its goal of $30,000. 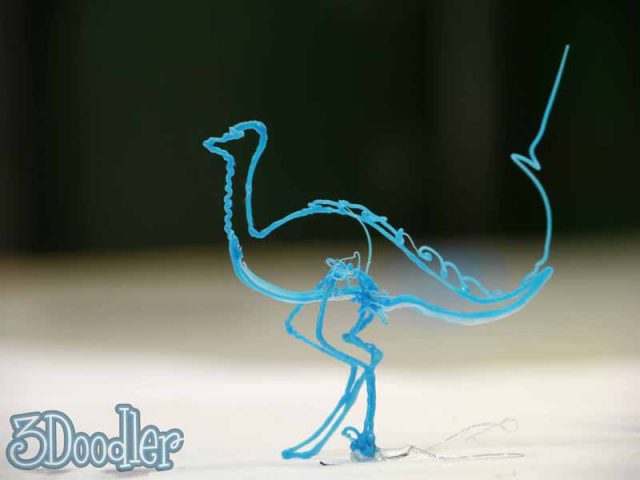 When you watch the video of 3Doodler in action, it looks like magic: you can create things like this ostrich by literally drawing in the air. You can make jewelry, decorations, toys, even an Eiffel Tower. 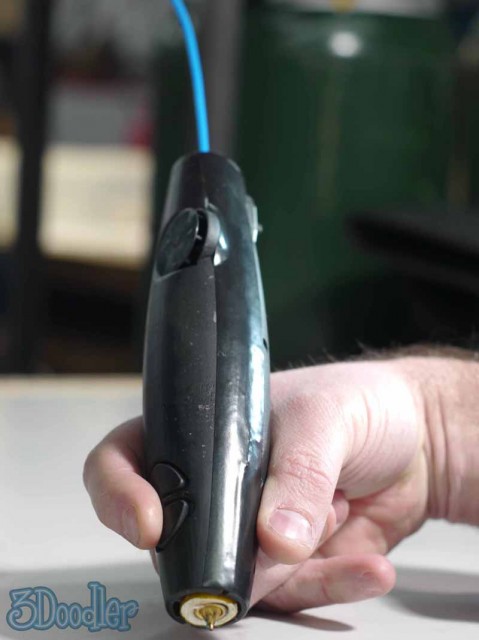 But according to cofounder and CTO Max Bogue, this magical device wasn’t actually much of a challenge to build. Plastic is fed into the top of the 3Doodler and heated as it moves down. Then a fan cools it just as it leaves the pen, so the plastic hardens immediately. That’s what allows you to “draw in the air.”

We wondered, were there any major technical challenges? “Not really,” said Bogue, who worked with Rovio and WowWee. “Part of the beauty of it is the simplicity.” Nonetheless, WobbleWorks is patenting some of the technology behind it.

3Doodler was born in a moment of frustration: cofounder Peter Dilworth (previously at WowWee and the MIT Media Lab) was watching a regular 3D printer plod along slowly, laying sheet after sheet of plastic. He wished he could simply grab the nozzle and draw the darn thing himself. So, in a way, he did – the first version of 3Doodler used the head of a regular 3D printer with a handle added to it. 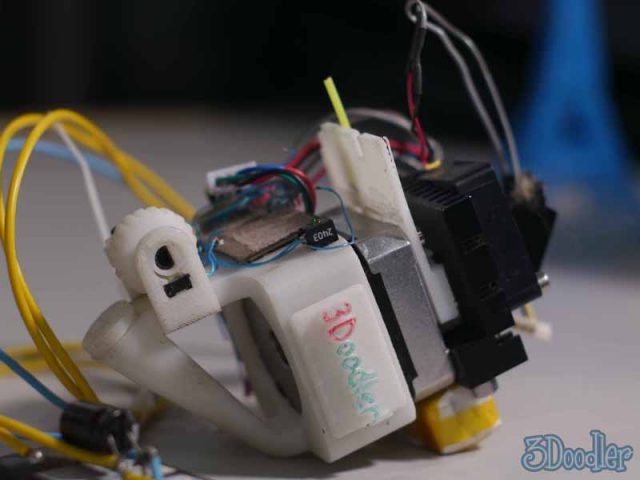 Now, after five prototypes, the 3Doodler is just about ready for production. You can buy it on Kickstarter for $75 (the $50 option sold out fast). WobbleWorks teamed up with Etsy artists to produce stencils that anyone can use to make 3D creations, like the Eiffel Tower, the Golden Gate Bridge, and a ferris wheel.

“It was a goal of ours to focus this more towards the non-3D printing community and expose a lot more people to 3D printing,” says Bogue.

Bogue imagines handymen doing small repairs with 3Doodler, and kids channeling their creativity – once a children’s version is available. (The pen tip can reach 518 degrees Fahrenheit so it isn’t suitable for kids under 12.) He even imagines a machine that could “hold” the 3Doodler and automatically draw something for you – the idea coming full circle back to a 3D printer’s capability, with a twist (or maybe a squiggle).

The first 3Doodlers are expected to ship in November. In the meantime, check out their video on Kickstarter.